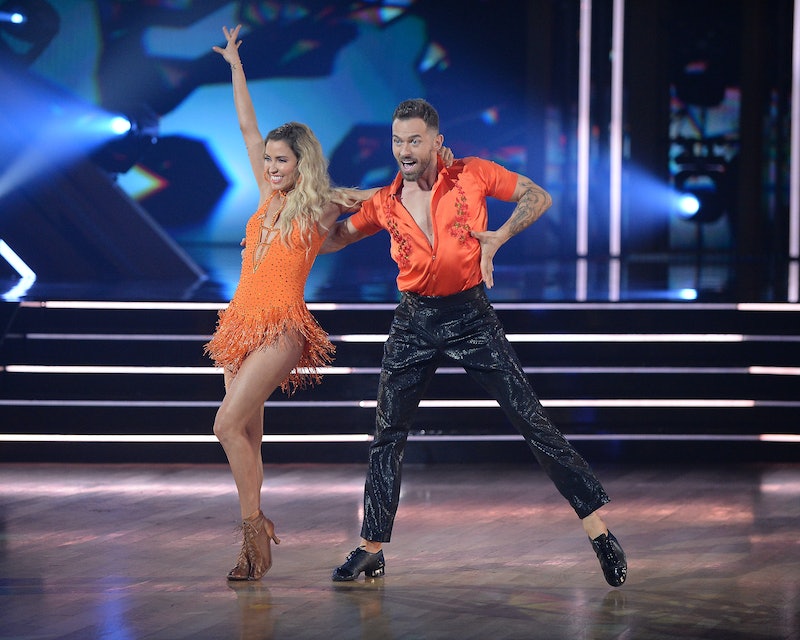 The 29th season of Dancing with the Stars has come to a close, and Kaitlyn Bristowe and her partner Artem Chigvintsev are the ones taking home the mirrorball trophy. It came down to her and Catfish's Nev Schulman, but ultimately Kaitlyn's judges' scores combined with her viewer votes helped her outperform. And it didn't hurt that both of her final dances earned perfect 10s across the board.

The win was a huge achievement for both the former Bachelorette and her partner Artem, who had previously never even made it into the finals. They stuck it out through the whole season, including Kaitlyn's pretty bad ankle injury. And the win is especially sweet for Kaitlyn, who had her fair share of doubters — including the judges themselves. They were tough on Kaitlyn all season long, pushing her to work harder until she eventually broke through and started to achieve those perfect scores. "We held you to a high standard," Derek Hough admitted. "You met it." Kaitlyn and Artem even gave what judge Carrie Ann Inaba called one of her top three favorite DWTS performances of all time when they did the Argentine Tango to Britney Spears' "Toxic."

Kaitlyn pushed herself perhaps even harder than the judges did, eager to prove to any of her haters that she had what it takes to be a "real dancer." Her win comes after she claimed in 2017 that she was allegedly banned from joining the DWTS cast by Bachelorette creator Mike Fleiss — despite several former Bachelors appearing on the series over the years. ABC declined to comment on the situation at the time, but things eventually worked out with Kaitlyn joining the 2020 season.

Before Kaitlyn and Artem took the stage for their final performance, he told her, "This is your chance to finally tell all the people who said you will not be able to be a dancer, like, 'Actually I am.'" She did it in the biggest way. Not only did she show off her skills, but she also came home with the win. And while she may have been denied a chance to compete years ago, the best revenge is a job well done.