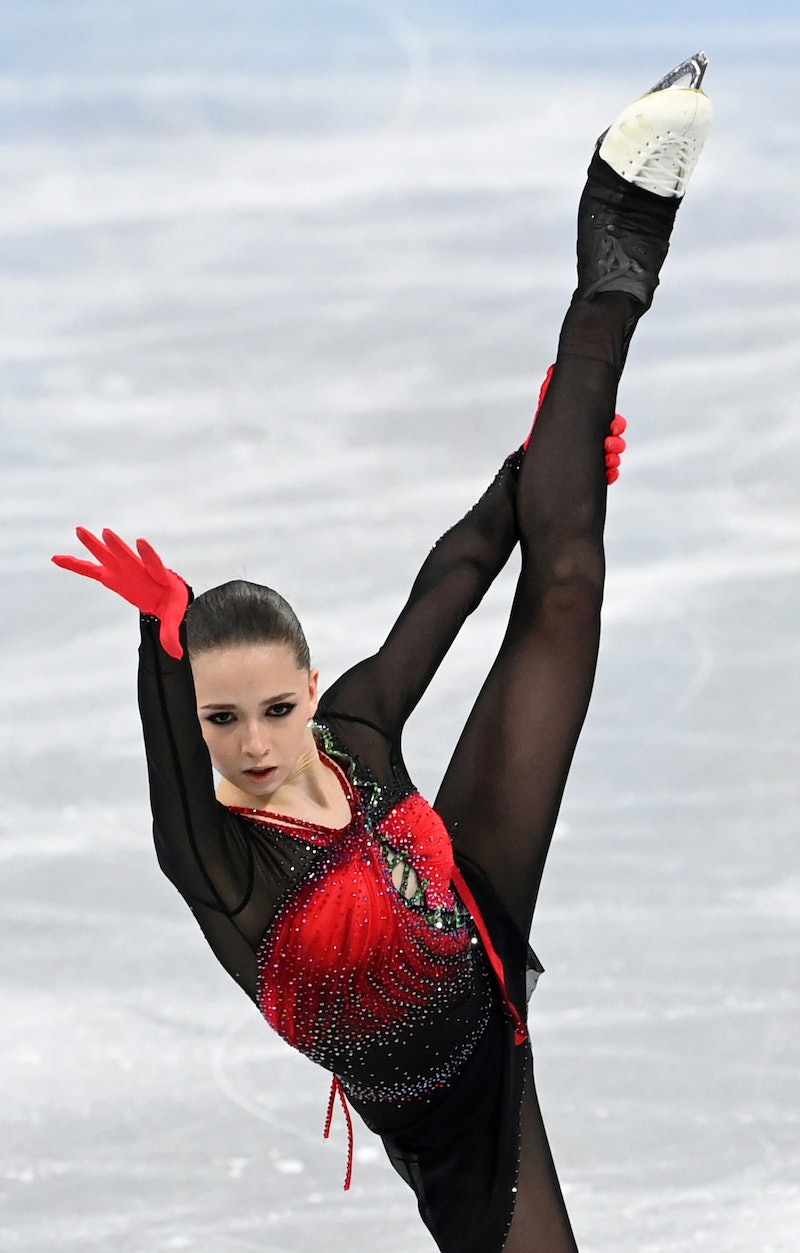 On Feb. 8, the Olympics-focused website Inside the Games broke the news that the medal ceremony for the figure skating team event in the 2022 Winter Games would be delayed because Kamila Valieva, who represents the Russian Olympic Committee (ROC), had failed a drug test. The 15-year-old had tested positive for trimetazidine, a heart medication colloquially as TMZ that is typically used to treat angina in older people. TMZ was banned by the World Anti-Doping Agency (WADA) in 2014, as it could boost an athlete’s endurance.

Valieva had already emerged as one of the darlings of the Beijing Games. She helped win an ROC gold medal in the team event — which is now in jeopardy — with two impressive performances, while also becoming the first woman to land a quadruple jump in Olympic competition. She is also expected to podium in the women’s individual event, which runs on Feb. 15 and 17.

The doping scandal clouds those celebrations. Valieva was hit with a provisional suspension on Feb. 9 by the Russian Anti-Doping Agency (RUSADA). She quickly appealed, and the suspension was lifted that same day. Three governing bodies then banded together — WADA, the International Olympic Committee (IOC), and the International Skating Union (ISU) — to appeal the RUSADA decision, as reported by USA Today. On Sunday, Feb. 13, the Court of Arbitration for Sport (CAS) held a six-hour hearing to decide whether the teen skater could be provisionally suspended from Olympic competition. Its arbitrators decided in Valieva’s favor. She could not be provisionally suspended, and thus would get to compete.

A final decision on whether or not she will face any sanctions — such as suspension or being stripped of medals — will not be determined until after the Beijing Olympics, following an investigation that may take months. Until then, the IOC will wait to award the figure skating team medals, but the women’s individual event continues as planned this week. If Valieva wins a medal on Feb. 17, she might not get to keep it.

What Happened With Valieva’s Drug Test?

The failed test is actually from December. When Valieva competed in and won the Russian Figure Skating Championships, RUSADA collected a sample on Dec. 25, which was sent to a WADA-accredited lab in Stockholm, Sweden for drug testing. It should have been marked as a priority sample by RUSADA, according to a WADA statement on Feb. 14, but it was not. The results didn’t come until Feb. 8, by which time Valieva had already competed in the Beijing team event.

TMZ can remain in a young person’s system for seven hours, Dr. Victoria Glass of the Farr Institute told Healthline. It was not found in the skater’s system when she was tested in Beijing. Valieva’s defense in her CAS hearing was that there was a drug mix-up that caused her positive test in December, according to Reuters. “Her argument was this contamination happened with a product her grandfather was taking,” Denis Oswald, chair of the IOC’s disciplinary commission, told the outlet. Meanwhile, Valieva’s coach, Eteri Tutberidze, has maintained that “Kamila is clean and innocent,” per the Guardian.

The hearing revealed that Valieva has taken multiple medications that can help the heart, according to a New York Times report on Feb. 15. In a doping control form, the skater included the dugs Hypoxen and L-carnitine, both of which were found in her system and are legal. The two medications can have an oxygen-boosting effect that could potentially enhance athletic performance, per the Associated Press.

Why Is Valieva Still Allowed To Compete?

The CAS panel laid out the reasoning behind their decision not to reinstate Valieva’s provisional suspension on Feb. 14. One of the major factors is that she is considered a “protected person” due to her age. That means that she doesn’t have to meet the same standards of evidence as older athletes do and her punishment may not be as harsh. Another key element was how long it took for her test results to come in; the panel suggested that it affected her ability to make her case. Finally, the arbitrators considered whether a suspension during the Olympics may cause “irreparable harm” to Valieva.

What’s The Reaction Been To The Doping Scandal?

The case is controversial. In Russia, many famous figure skaters support Valieva, such as Alexei Yagudin, who won gold in the 2002 Olympics. There are even banners in support of her hanging from buildings in Moscow. “I am extremely happy that she has been cleared,” Yagudin said, per Reuters. “She needs to forget everything and just show her level. What will happen after the Olympics is not important right now.”

In other parts of the world, the reaction has been colder. American pairs skater Jessica Calalang took her frustration to Twitter, as she received an eight-month doping suspension in 2021 that was lifted only after she proved a cosmetic ingredient had caused the positive test. “I am traumatized by my suspension,” Calalang wrote. “This is very triggering for me. And for a decision to be reached within a WEEK. While my case took MONTHS, based off of a substance that NO OTHER ATHLETE HAD EVER TESTED POSITIVE FOR [sic].”

Canadian skater Meagan Duhamel, a three-time Olympic medalist, echoed that frustration. “[T]he Olympic spirt died,” she wrote on Twitter. “How is anyone going to take the women’s event seriously now?” she asked.

Arthur Liu, whose daughter Alysa of Team USA is competing against Valieva, expressed his outrage in an interview on Feb. 14. “I just simply can’t believe the ‘irreparable harm’ to her,” he told journalist Kalyn Kahler. “How about the irreparable harm to other clean athletes? You are depriving them.”

Though not a figure skater, American track star Sha’Carri Richardson also weighed in, pointing to a double standard between her case and Valieva’s. (Richardson wasn’t allowed to compete in the Tokyo Olympics after testing positive for marijuana in June 2021.) “Can we get a solid answer on the difference of her situation and mines [sic]?” Richardson tweeted. “My mother died and I can’t run and was also favored to place top 3. The only difference I see is I’m a black young lady.”

What’s Next For Valieva?

The women’s event began as planned on Feb. 15, with Valieva emerging as the leader heading into the final portion of the competition. Meanwhile, RUSADA is investigating her support personnel, and WADA’s independent Intelligence and Investigations Department will separately dig into the case. Her coach, Tutberidze, in particular, has come under fire as the public scrutinizes her training methods and the short careers of her past students (e.g., Pyeongchang Olympic champion Alina Zagitova and silver medalist Evgenia Medvedeva). In addition to Valieva, Tutberidze also coaches her fellow ROC skaters — and medal favorites — Alexandra Trusova and Anna Shcherbakova.

More like this
The 2023 Super Bowl Commercials Feature A 'Breaking Bad' Reunion & Missy Elliott
By Alyssa Lapid
RHOP’s Robyn Dixon Explained Why Juan Paid For Another Woman's Hotel Room
By Brad Witter
Twitter Is Shook As Tom Brady Holds Back Tears Announcing His 2nd Retirement
By Marina Watts
David Beckham’s Controversial Qatar Deal Skyrocketed His Net Worth
By Catharina Cheung
Get Even More From Bustle — Sign Up For The Newsletter
From hair trends to relationship advice, our daily newsletter has everything you need to sound like a person who’s on TikTok, even if you aren’t.