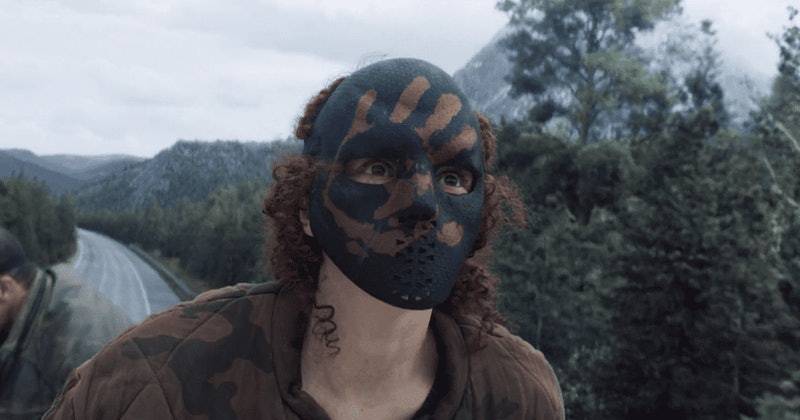 Three episodes into The Falcon and the Winter Soldier, Karli Morgenthau’s backstory is still a bit of a mystery. But one thing we know for certain is that the Flag-Smasher leader’s super-human abilities come from the super-soldier serum, which enhances the mental and physical abilities of any person who takes it.

Unlike many of the previous super-soldiers, Morgenthau was not subject to the human experimentation necessary to create the serum. But the process of taking the liquid was no walk in the park for her. In one scene, Morgenthau remembered that taking the serum made it feel like her “veins were on fire,” saying that she prayed it would kill her.

After first seeing Karli’s super-soldier powers in action in Episode 2, Episode 3 sees Bucky Barnes and Sam Wilson breaking Baron Helmut Zemo out of prison in order to get his help tracking down the current source of the super-soldier serum. Though Zemo is a surprising choice in ally for Bucky and Sam — after all, he framed Bucky for killing T’Chaka, an event that initiated the Avengers civil war — he has dedicated his life to destroying the Avengers and other superhumans, a goal which is in jeopardy after the reemergence of the super-soldier serum.

Their search leads them to Dr. Wilfred Nagel, a creepy scientist who was originally developing the super-soldier serum under HYDRA’s Winter Soldier program and then for the CIA before the Blip turned him into dust for five years. Once Nagel blipped back into existence, he decided to resume his work on the serum, which is now being funded by the mysterious Power Broker. However, Nagel has only produced 20 vials of the serum, all of which were stolen by Karli and the rest of the Flag-Smashers before the Power Broker could get their hands on it. Since Nagel — and with him, the secret to creating the super-soldier serum — was killed by Zemo, Karli and the rest of the Flag Smashers are in possession of the only serum left on the planet.

Falcon has made it clear that despite the efforts of the U.S. government to paint the Flag-Smashers as villains or vigilantes, the group’s primary goal is to represent all of the people who were displaced and disenfranchised after Thanos’ snap was reversed, bringing back the millions of people who disappeared five years earlier. But at the end of Episode 3, Morgenthau blows up a Global Repatriation Council (GRC) building after the Flag-Smashers steal supplies — much to the shock of her fellow Flag-Smasher, who reminds her that there were still people in the building. “This is the only language these people understand,” she responds.

Morgenthau certainly hadn’t shied away from using her strength to inflict violence in the past, but this is the first time we saw her kill people who weren’t directly attacking her — a development that suggests the morality of her motivations is anything but straightforward.

More like this
'The Last Of Us' Video Game Revealed Tess’ Fate In The HBO Series
By Brad Witter
Wait, Is Barney Stinson Related To Sophie On 'HIMYF'?
By Gretchen Smail
A 'Terminal List' Sequel & Spinoff Are Reportedly In The Works
By Kadin Burnett and Grace Wehniainen
You Might Want To Rewatch This Key 'On My Block' Scene To Understand 'Freeridge'
By Grace Wehniainen
Get Even More From Bustle — Sign Up For The Newsletter
From hair trends to relationship advice, our daily newsletter has everything you need to sound like a person who’s on TikTok, even if you aren’t.