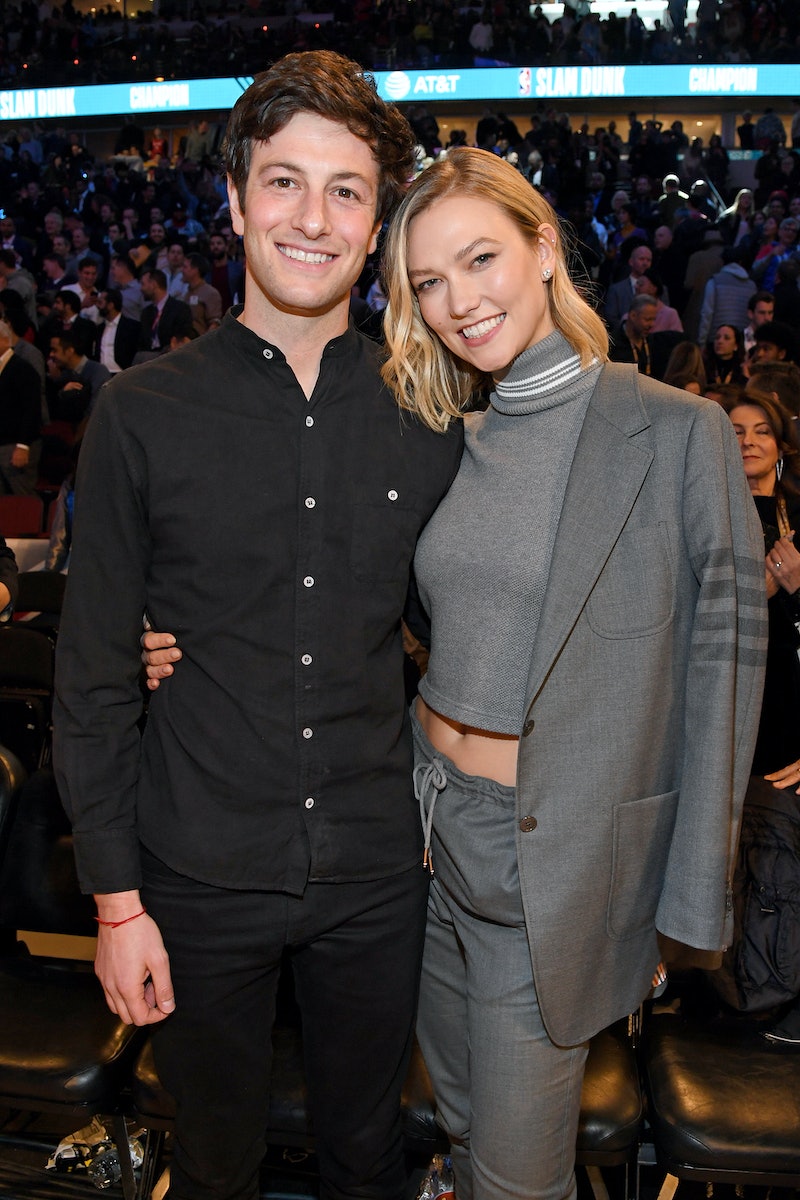 Weeks after a People source announced Karlie Kloss and her husband, Joshua Kushner, have a baby on the way, the supermodel shared a video confirming the news herself. When the news first broke in October, the source said, "Karlie is overjoyed to be expecting her first child in 2021. She will be the most amazing mother." Judging by the video she posted on Nov. 17, she is already prepared to shower her baby with kisses.

Kloss and Kushner, brother to President Donald Trump's Senior Advisor Jared Kusher, have been together since 2012, and the pair officially tied the knot with a small and intimate Jewish ceremony in Upstate New York in 2018. "The wedding was intimate and moving," an unnamed friend, who was one of just 80 guests, told People following their private nuptials. "The couple was beaming with happiness."

The pair's wedding celebration didn't end there, though. In 2019, Kloss and Kushner hosted an even larger party in Wyoming, which included a star-studded guest list. Katy Perry, Orlando Bloom, Mila Kunis, and Diane von Furstenberg were just some of the familiar faces in attendance.

Now that two years have passed since saying "I Do," it seems the happy couple is ready to embark on the next phase of their relationship: babies.

More like this
Jennifer Coolidge Slid Into Ariana Grande’s DMs In The Most Iconic Way
By El Hunt
Laura Anderson Pulled The Ultimate Girl Power After Her Break-Up
By El Hunt and Megan C. Hills
Turns Out George Clooney Is A Huge Fan Of This Classic British Game Show
By El Hunt
David Beckham’s Controversial Qatar Deal Skyrocketed His Net Worth
By Catharina Cheung
Get Even More From Bustle — Sign Up For The Newsletter
From hair trends to relationship advice, our daily newsletter has everything you need to sound like a person who’s on TikTok, even if you aren’t.