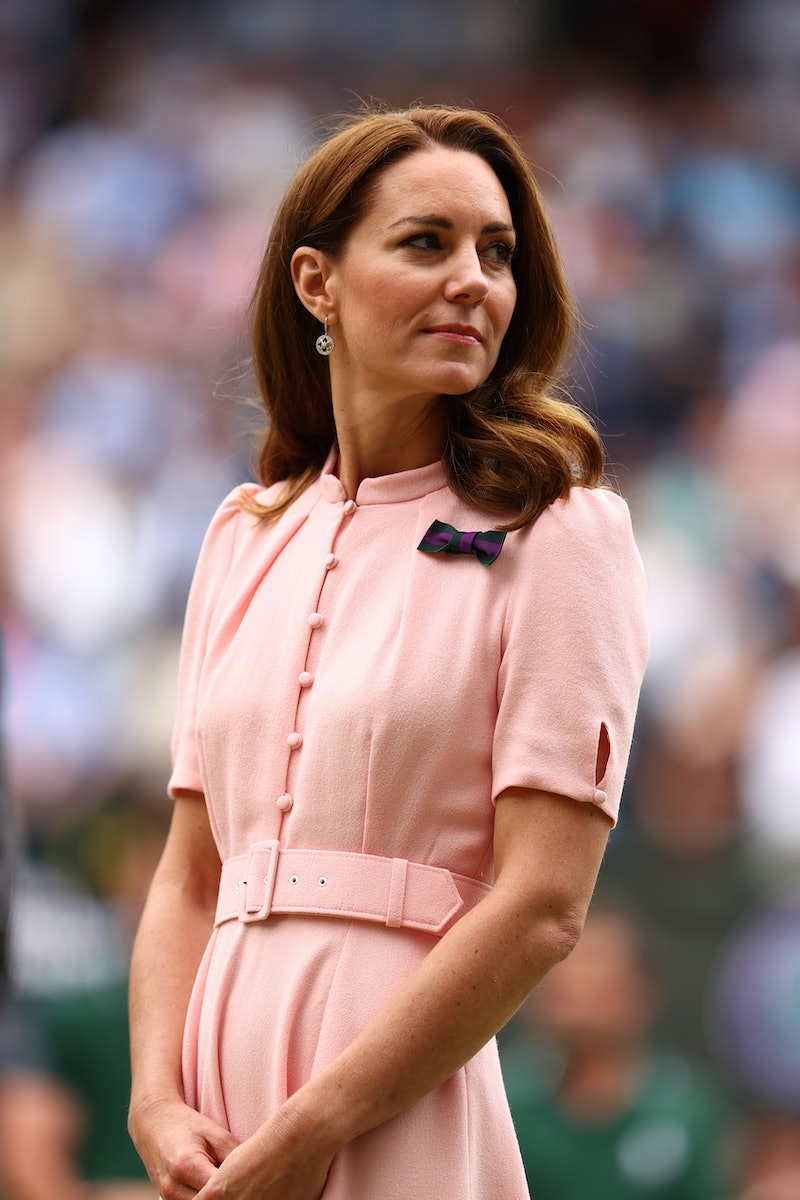 A new exhibition featuring contemporary portraits of Holocaust survivors includes two photographs taken by Kate Middleton. The Imperial War Museum in London opened the exhibit, titled Generations: Portraits of Holocaust Survivors, on Friday, Aug. 6, publicly displaying more than 50 recent photos of Holocaust survivors and their families for the first time. The Duke and Duchess of Cambridge’s official Instagram account celebrated the opening, writing that Kate is “honoured to be part of the new photography exhibition.”

The exhibit is “a space to remember and share [suvivors’] stories,” according to the museum, which also noted the portraits are “a celebration of the rich lives they have lived and the special legacy which their children and grandchildren will carry into the future.” Kate’s photos feature Yvonne Bernstein and Steven Frank, both of whom she invited to Kensington Palace last year to sit for portraits alongside their families. The two survivors were children at the time of the Holocaust; Bernstein was hidden in France, while Frank was sent with his mother and siblings to Westerbork camp and Theresienstadt ghetto camp.

The Cambridges’ Instagram account shared a behind-the-scenes photo of the duchess with Frank and his family, plus her portrait of Bernstein and her granddaughter, and a glimpse at the exhibit. “These powerful photographs capture the special connections between Holocaust survivors and the younger generations of their families, and remind us of our collective responsibility to ensure their stories live on,” the caption read in part.

In January 2020, Kate described Bernstein and Frank as “two of the most life-affirming people that [she has] had the privilege to meet,” per Town & Country. “The harrowing atrocities of the Holocaust, which were caused by the most unthinkable evil, will forever lay heavy in our hearts,” she said after the portrait session. “Yet it is so often through the most unimaginable adversity that the most remarkable people flourish.”

Further reflecting on their meeting, she said, “They look back on their experiences with sadness but also with gratitude that they were some of the lucky few to make it through. ... Their stories will stay with me forever.” She also noted that since “not everyone in the future will be able to hear these stories first hand” it is “vital that their memories are preserved and passed on to future generations so that what they went through will never be forgotten.”

Kate, who is known to photograph her own family, is a patron of the Royal Photographic Society and one of 13 photographers whose work is featured in Generations: Portraits of Holocaust Survivors. The others are all members and fellows of the RPS, which partnered with the Holocaust Memorial Day Trust Fund, Jewish News, the Imperial War Museum, and Dangoor Education on the exhibition.