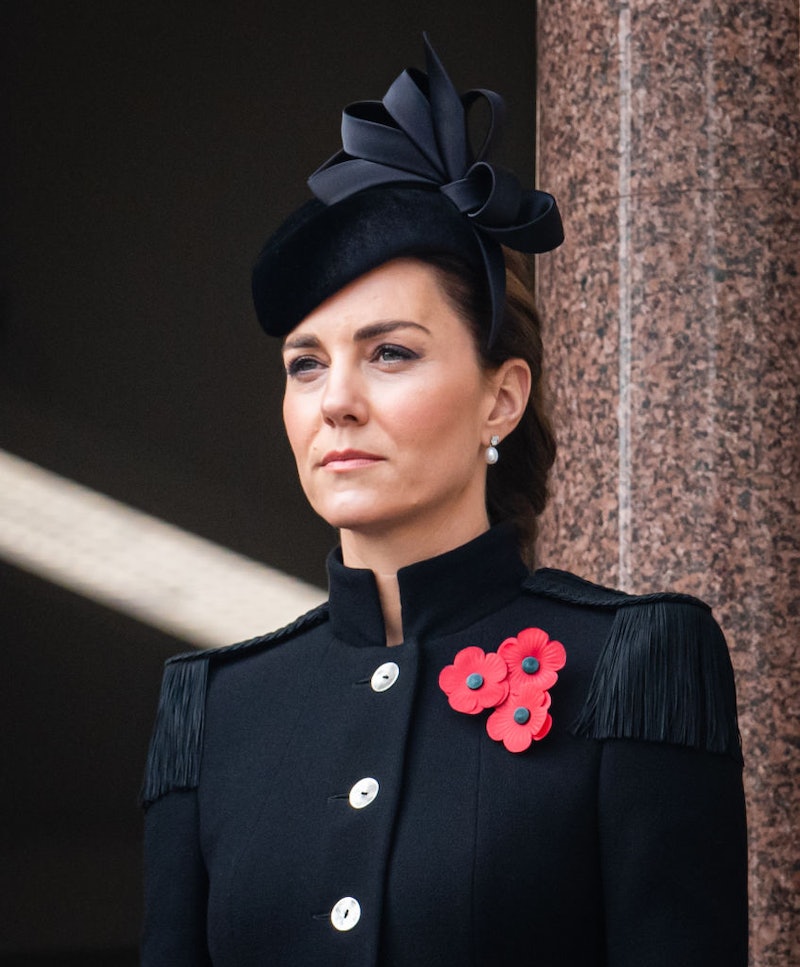 Getting to see the way the Royal family live behind closed doors is nothing short of fascinating. It was only a few months ago that Meghan Markle, for example, showed off her beautiful home during a video appearance, and we wanted pretty much everything inside. Now, Kate Middleton gave us a peak into her living room during an important Zoom call in honour of Remembrance Day.

As the Duchess of Cambridge joined four Armed Forces families who have lost loved ones to hear about the impact that Remembrance week has for them from her Kensington Palace living room.

"I'm sure you spend your time every day remembering your loved ones," she said, "but it's so important that the nation comes together and really spends time thinking about those who have lost their lives and the families that have been impacted."

She then added: "I'll certainly be thinking of you this difficult week and will be for many years to come."

Visible during the moving conversation were four gorgeous family moments, beautifully framed. One photo showed Kate and Prince Louis at her Back To Nature Garden in 2019. Another image captured Prince George and Princess Charlotte's first day of school that same year.

Then there was a solo shot of Prince William, taken during a trip to Africa in 2018. Royal watchers will have spotted the snap of Prince George – which Kate shot herself – on his birthday last year, where he is wearing an England shirt and lying on the grass.

The family pictures were no coincidence, and matched the sentiment of the topic at hand: the sacrifice and bravery of military personnel, and the importance of family.

The Duchess's Zoom call coincided with Prince William's own call to deployed representatives from the Royal Navy, British Army, and Royal Airforce.