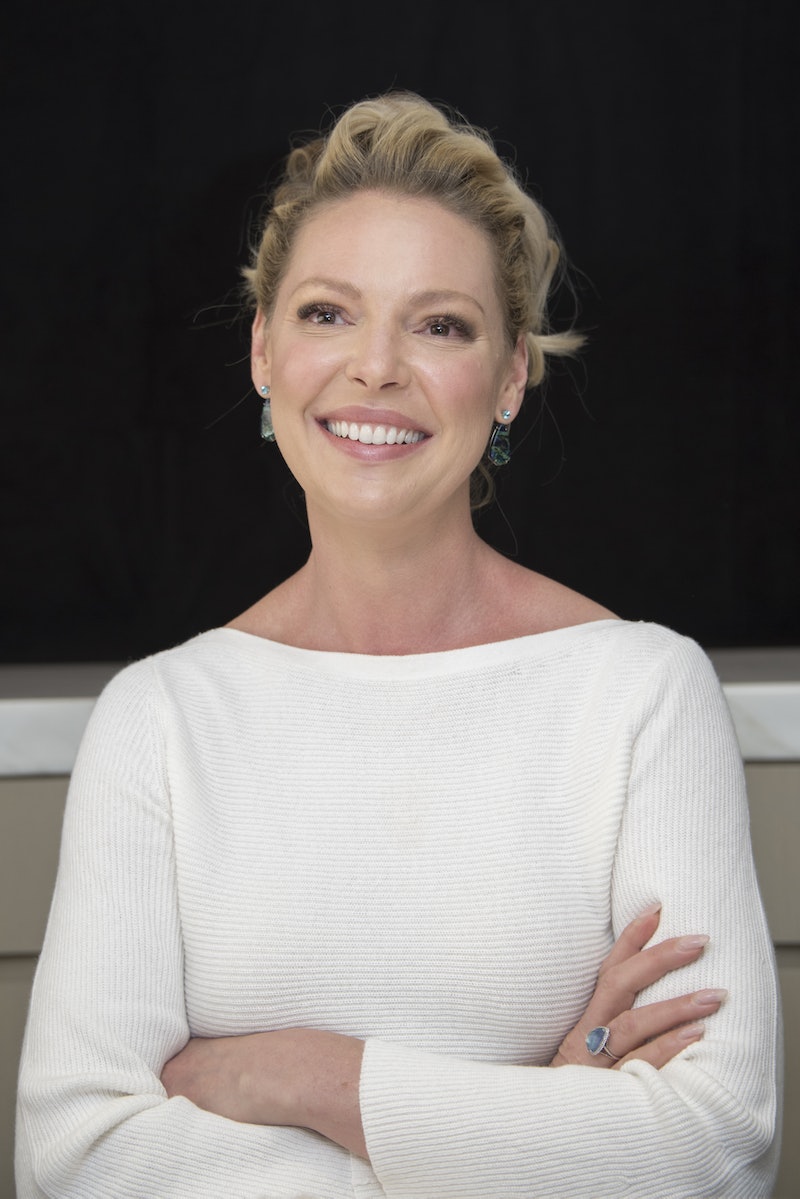 As the warm yet bold — and often impulsive — Izzie Stevens, Katherine Heigl helped define the early days of Grey's Anatomy. Though she left the show more than ten years ago, Stevens' presence still looms over the hospital in surprising ways. So, too, does the reputation Heigl earned while playing her. Ahead of the premiere of Heigl's new Netflix series, Firefly Lane, the actor spoke with The Washington Post about shedding the burden of being labeled as "difficult" for so many years.

Among those "couple of things" is Heigl's infamous self-exclusion from the Emmy race for her role as Stevens in a season where she didn't think she "was given the material ... to warrant an Emmy nomination." And in a 2008 Vanity Fair interview, she called the show a "ratings ploy." (Cue a 2016 apology to showrunner Shonda Rhimes, who previously proudly said there were "no Heigls" on her Scandal set, aka no "bullsh*t or nasty people," as she told The Hollywood Reporter.) The fallout from this incident, diva rumors that wouldn't quit, and critical remarks she made about her other projects, such as calling Knocked Up "sexist," contributed to a prickly reputation.

Ultimately, Heigl consistently lost roles well after her turn as a surgeon, which brought up old, underlying anxieties for which she and her family sought support. "I didn't realize how much anxiety I was living with until I got so bad that I had to really seek help. You can do a lot of inner soul work, but I'm a big fan of Zoloft," she said. More helpful changes: Practicing "a little more gentleness" and spending most of her time in Utah, where she and her husband, Josh Kelley, raise their three children.