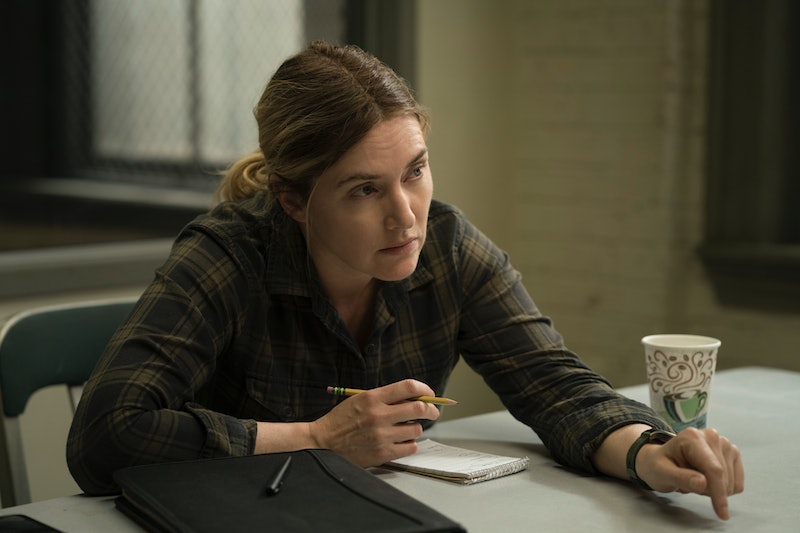 Spoilers ahead for Mare of Easttown Season 1, Episode 4. Mare of Easttown’s May 9 episode opens the morning after Mare’s entirely deserved suspension from the Easttown PD. In fact, it’s a more lenient punishment than she deserves for planting stolen drugs in her grandson’s mother’s glove compartment. But while the close and cobwebbed ties of this small community sometimes conspire to make Mare’s job more complicated, they also sometimes make life easier. The sympathetic chief of police recommends time off and counseling, which, perhaps surprisingly, Mare attends. As for time off, she shows up at Detective Zabel’s house a few days later to discuss the possible connections between Erin’s murder, Katie Bailey’s missing persons case, and the recent disappearance of another local girl with ties to sex work. Could whoever took Missy have something to do with Erin and Katie?

At least for Katie, the answer is a big, fast yes. In place of an episode-ending cliffhanger, this week we get a whopper of a reveal. Katie Bailey is alive and may even still be within city limits. A year after her kidnapping, she also appears to be sober. Katie’s being held in some kind of makeshift, sound-proof cell in a house adjoining a local watering hole — Bennie’s Tavern. She’s alone until the door is hauled open and Missy Sayer is literally thrown inside. To see Katie alive at all is a relief at this point in the series, but both she and Missy were women with a history of drug misuse and sex work. What do they have in common with Erin?

It turns out maybe something. Remember DJ’s expensive ear surgery? Mare extracts from Jess that she helped Erin set up an account on Sidedoor, the same escort website Missy and Katie used. It’s possible the site is how the kidnapper came to find his victims, which means he may have seen Erin’s page, too. So far, Mare has been searching for someone with a motive to kill Erin, like Dylan or Briana or Deacon Mark — someone who knew her. Missy’s disappearance suggests a new line of inquiry: Erin may have been murdered by a stranger.

Of course, Jess insists that Erin never went through with the plan, and that the account was dormant. But Erin was feeling especially vulnerable the night of her death and, given how Dylan allowed Briana to harass Erin, probably more convinced than ever that Dylan would never come through with the money for DJ. Even if Jess is telling the truth that Erin had never done sex work before, she can’t know for sure that she didn’t that night.

Mare heads to the most reliable place to find out more about the inner lives of teenagers: social media. She’s trawling Erin’s accounts when she finds a particularly heartbreaking video entry posted around the time of DJ’s first birthday. Erin alludes to her journals, which police haven’t turned up. Mare asks Jess where to look, but when Mare goes to retrieve them, they’re missing. Either Jess is lying or she’s already taken them herself. Perhaps Mare said it best: “Teenage girls are f*cking sneaky.” Then again, it’s possible that Jess isn’t the only person who knew where the journals were hidden. Between Erin’s death and the mystery surrounding DJ’s paternity, there’s likely more than one truth buried in those pages.

The detective brought in to replace Mare, meanwhile, believes the crimes are unrelated. Katie and Missy suffered from substance abuse disorders and were more vulnerable than Erin. Just because all three were on Sidedoor doesn’t necessarily mean that’s where their assailants found them. It would be a tidy end, sure, but it also raises a lot of questions. For example, why is Deacon Mark so shifty if he’s got nothing to hide? And why is Guy Pearce in this show at all if he’s never going to be suspected of wrongdoing?

Missy’s disappearance can’t help Erin, but perhaps the investigation into her abduction can still save two lives. Katie has survived a year in captivity, but it’s unclear how much longer she can make it without Mare’s help.