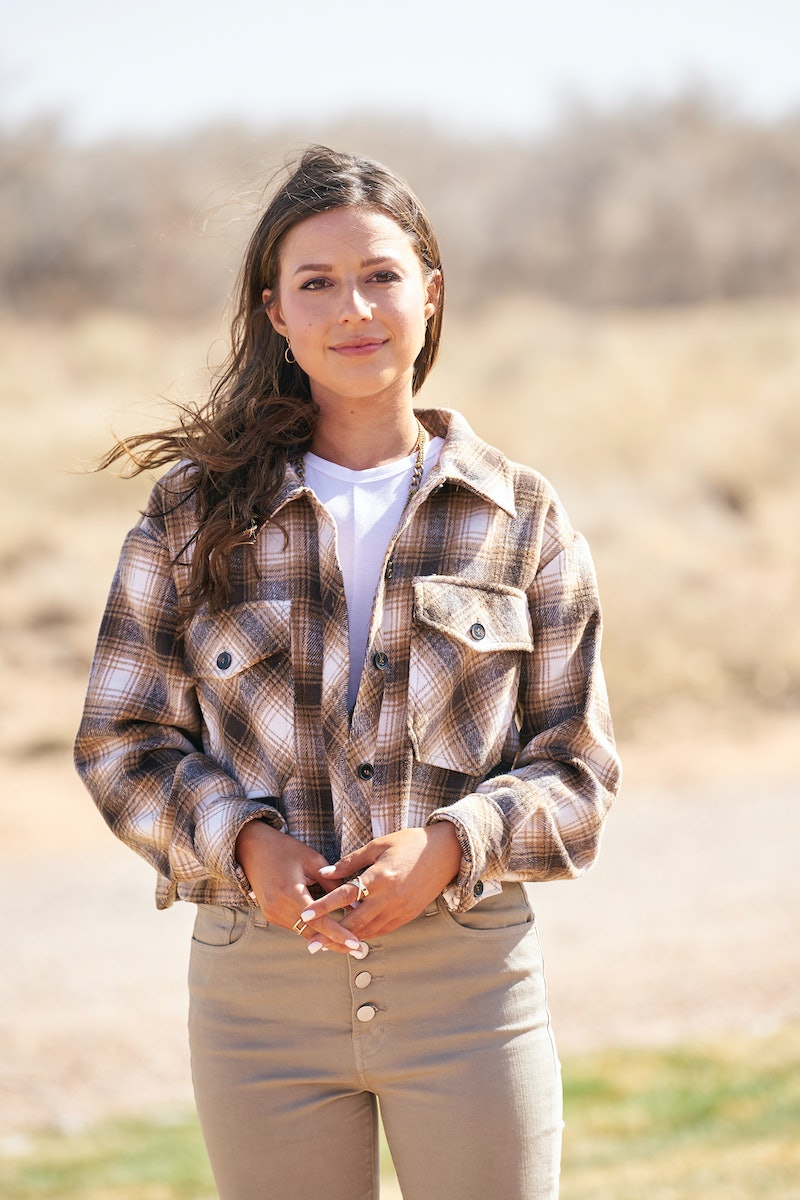 Katie Thurston didn’t make it far enough on Matt James’ Bachelor season for fans to meet her family, but they’ll certainly make an appearance before her final rose pick. With the men’s hometown dates happening on Aug. 2 and the final rose ceremony quickly approaching, it won’t be long before the rest of the Thurston brood joins Katie on camera. Here’s what we know so far.

Katie was born in Lynwood, Washington, right near the heart of the Pacific Northwest. It’s a mid-sized town about 25 minutes outside of Seattle, where Katie currently lives. As one of Emerald City’s now-celebrity residents, Katie was recently given the opportunity to throw out the first pitch at a Seattle Mariners game, as well as give a tour of the arena for the city’s new hockey team, the Seattle Kraken.

Katie hasn’t spoken much about her siblings on The Bachelor and Bachelorette. In fact, the only time she’s really referenced a sibling was in an Instagram video advocating for vaccinations. She listed off a couple reasons as to why she was excited to get vaccinated — and more specifically, who she was getting vaccinated for. She mentioned her sister, who is pregnant; her nieces and nephews, who are still in school; and her grandparents. She also mentioned her mom, who’s an essential worker. Which brings us to...

Katie hasn’t said much about her mother beyond that, though she did discuss sharing a difficult conversation with her. As Katie explained during the men’s therapy-themed group date, she hadn’t yet told her mom about her sexual assault, but did after returning home from filming for The Bachelorette. “It was hard. Even talking about it now, it’s very hard because she feels bad that she wasn’t there for me in that moment and didn’t recognize signs. She felt bad that she wasn’t a safe space for me to go to. And, so, we both got emotional over it,” Katie said on Mike Johnson and Bryan Abasolo’s podcast Talking It Out

Katie has also been very open about her late father. When Sarah Trott made the choice to leave Matt’s season in order to care for her ailing father, Katie sat down to help her talk through the decision. “My dad passed away in 2012, so I 100% encourage you to be with him,” Katie told Sarah. “If I could get back the minutes I had with him … I understand more than I would like to. Knowing that, yeah, that changes everything. I missed out on my goodbye to my dad, so I would never want that for you.”

Katie also spoke about losing her father during the second episode of her season, when she went on a one-on-one date with Greg Grippo. She explained that their outdoorsy-themed date reminded her of her dad and how he taught her “everything about the outdoors, camping, fishing and making a fire.”

Katie again spoke about her dad during a wedding-themed one-on-one date with Justin, when they dressed up in a wedding dress and tux, walked down a fake aisle, and read some prepared vows. At the dinner portion of their date, Katie shared the flurry of emotions that she was feeling during the experience. “To walk down the aisle today, even in our imaginary world, it does bring up a lot of pain,” she said. “You know, my dad won’t be able to do that for me. Even when it comes down to a proposal, you know, he’s not around to give his blessing.”

This article was originally published on July 12, 2021