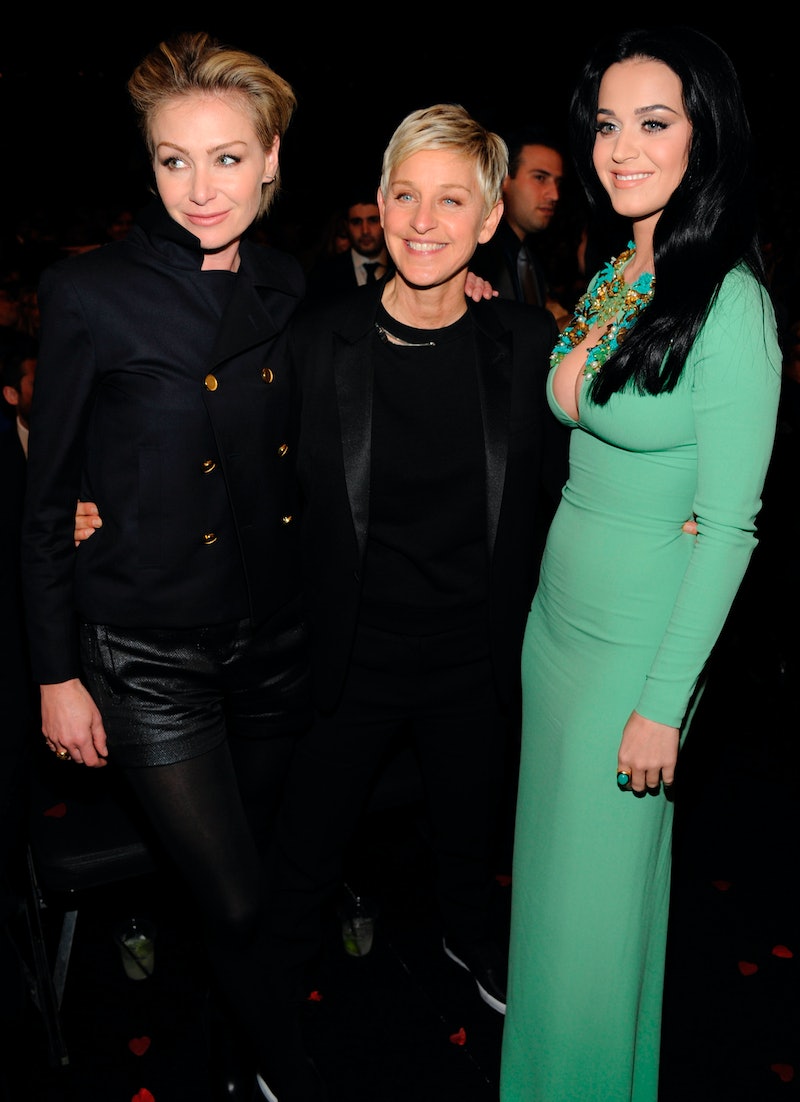 Even as backlash against Ellen DeGeneres grows online, one celebrity is not backing from her decision to support the host publicly. Katy Perry defended her tweet supporting Ellen DeGeneres in a new interview with the Los Angeles Times, published on Thursday, Aug. 13. And the singer made clear that while she doesn't regret tweeting her support, she was only speaking for herself.

“I started that tweet off not undermining anyone else’s experience,” Perry said. “I wanted to only speak from my own experience. I have over 100 million people that follow me on Twitter, so not everyone is going to agree with me. And I’m not here to make everyone agree with me.”

On Aug. 4, Perry publicly supported DeGeneres after the host was accused of fostering a toxic work environment on the set of The Ellen DeGeneres Show, becoming the first major celebrity to do so. "I know I can’t speak for anyone else’s experience besides my own but I want to acknowledge that I have only ever had positive takeaways from my time with Ellen & on the @theellenshow," she tweeted at the time. "I think we all have witnessed the light & continual fight for equality that she has brought to the world through her platform for decades. Sending you love & a hug, friend."

The singer was followed by other celebrities, including Ashton Kutcher and Kevin Hart, who spoke out in defense of DeGeneres. And they all quickly received backlash from followers who argued that they missed the point. The allegations against DeGeneres are not that she is rude to her famous celebrity guests, but that she has fostered a toxic workplace environment. Neither Perry, nor any other celebrity guest, critics noted, were actual employees.

In addition to defending her support for DeGeneres, Perry also touched on other celebrity controversies, including the contentious legal battle between singer Kesha and her former producer Lukasz "Dr. Luke" Gottwald, whom Perry also famously worked with in her early career. In 2014, Kesha accused Gottwald of sexual assault and abuse, and he responded with a lawsuit accusing her of defamation. Perry was deposed in the case in 2017. “I knew both of them at the time," she said. "It sucks when you know both of the players. I can only speak for my own experience, and my own experience [with Gottwald] was a healthy one. I believe in due process. And I also believe that only they know the truth.”

They may be two very different situations, but Perry is adamant that she speaks only for herself, no matter what controversy she finds herself in.