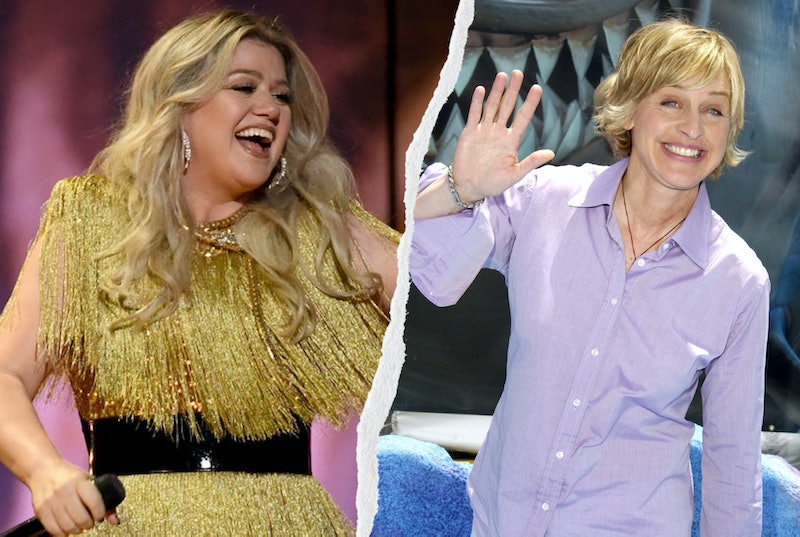 It’s only been a few weeks since Ellen DeGeneres announced that she’s stepping away from her eponymous daytime talk show, but the people in power at NBC, which airs the ratings giant, didn’t waste any time in finding a replacement for the comedian’s coveted time slot. Singer and host Kelly Clarkson is slated to pick up the reins, as her own program The Kelly Clarkson Show is about to become the hottest series on daytime network TV in America.

On May 26, NBCUniversal made it clear that they’re wasting no time when it comes to preparing for DeGeneres’ series to disappear from its daytime lineup, even though it won’t go off the air for another year. The Kelly Clarkson Show is already doing fairly well ratings-wise, and critics and guests alike love the positive energy the superstar brings to the series, making it stand out in a notoriously competitive area of TV. Her frequent covers of popular songs in her Kelly-oke moments allow the Grammy winner to bring something to the table no other host on the small screen can offer, and when posted to the show’s YouTube page, they regularly go viral and grab headlines.

Valari Staab, president of NBCUniversal Local, was confident about the switch in her statement, asserting that, “By 2022, The Kelly Clarkson Show will be the star of our daytime entertainment schedules and an asset to our early afternoon newscasts.”

Clarkson is an obvious choice for the role, as her daytime show is already a big success, even though it’s still relatively new. The Kelly Clarkson Show is currently in its second season, and at the end of last year it was renewed for two more, ensuring it will stay on the air through 2023.

After DeGeneres’ shocking announcement, many in the entertainment industry began speculating who would take over the coveted time slot, and Clarkson wasn’t the only name thrown around as predictions were first made. An early article by The Hollywood Reporter mentioned the possibility of artists like Tiffany Haddish, Meghan Trainor, and Miley Cyrus all making a go for it, though each came with their own drawbacks.

The same publication scored the exclusive announcement from DeGeneres herself that the biggest hit in daytime TV history in many respects was coming to a close. The funny lady spoke with the trade magazine to break the sad news and explain that she made the tough choice in order to find something that will challenge her. By the time it wraps, The Ellen DeGeneres Show will have run for an incredible 19 seasons and more than 3,000 episodes.

More like this
Watch Kelly Clarkson Sing A Taylor Swift Breakup Song About A Toxic Relationship
By Alyssa Lapid
Andy Cohen Apologized To Larsa Pippen After A 'RHOM' Season 5 Reunion Dust-Up
By Brad Witter
Turns Out George Clooney Is A Huge Fan Of This Classic British Game Show
By El Hunt
What Is Mary J. Blige’s Net Worth? The 9-Time Grammy Winner Is Doing “Just Fine”
By Hugh McIntyre
Get Even More From Bustle — Sign Up For The Newsletter
From hair trends to relationship advice, our daily newsletter has everything you need to sound like a person who’s on TikTok, even if you aren’t.