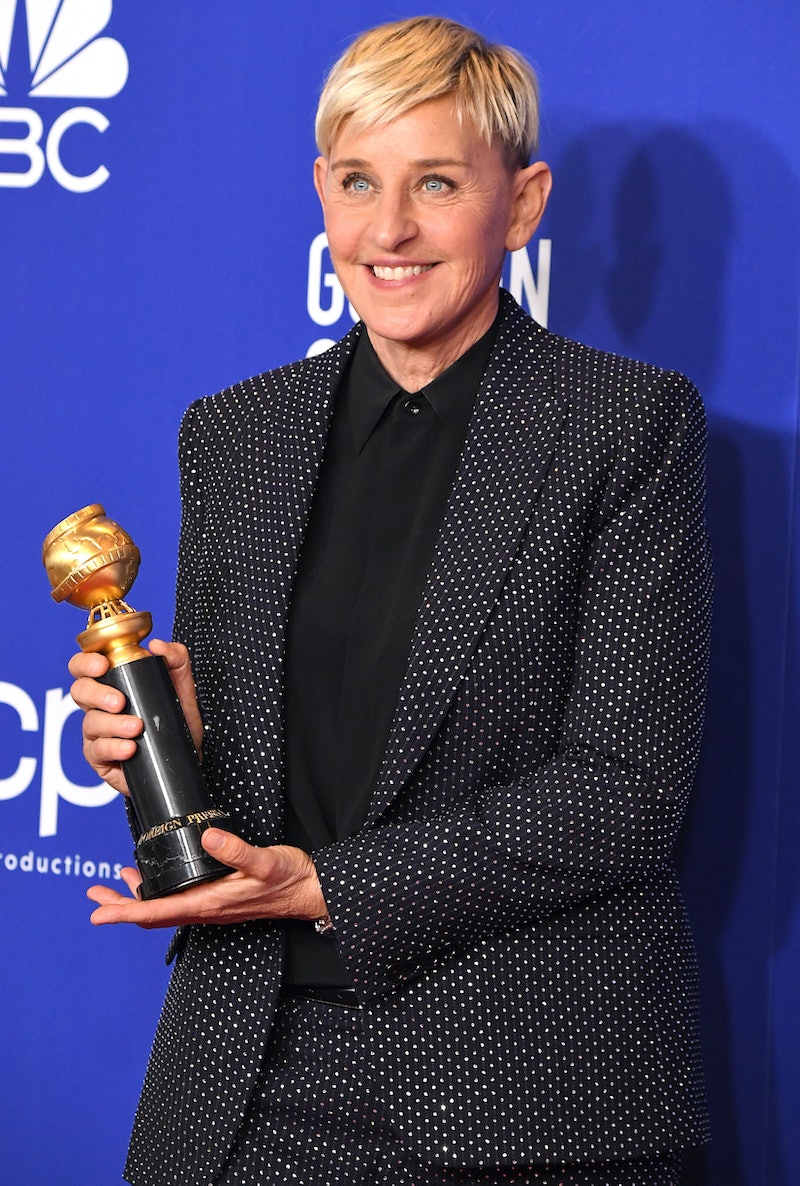 After 19 seasons on the air, Ellen DeGeneres has decided it’s time to end her talk show. Per The Hollywood Reporter, the comedian informed her staff on May 11 that this season will be the show’s last, a decision that has been years in the making. In a new episode set to air on May 13, DeGeneres will discuss the decision to step down with fellow longtime talk show host Oprah Winfrey. Of course, the news comes after a turbulent year for the series and DeGeneres, who several employees accused of creating a toxic work environment last summer. Following the allegations, The New York Times reported that The Ellen DeGeneres Show lost a million viewers.

The host also told the publication that she initially wanted to end the series after Season 16, which echoes statements from a 2018 NYT profile in which she revealed her wife Portia de Rossi had been encouraging her to step down. In the end, DeGeneres ended up signing on for three more years, bringing the total episode count of her show to over 3,000. Warner Bros.’ Unscripted TV President Mike Darnell also spoke to THR about the end of the series. “Although all good things must come to an end, you still have hope that truly great things never will,” he said. “Ellen was and is an indelible piece of the television landscape, and it will be sorely missed.”

DeGeneres also spoke to the troubling allegations filed against her by employees last summer, which sparked an internal investigation, as well as the firing of several key executives. “[The allegations] almost impacted the show. It was very hurtful to me. I mean, very. But if I was quitting the show because of that, I wouldn’t have come back this season,” she told the publication. “My whole being is about making people happy. And with the talk show, all I cared about was spreading kindness and compassion, and everything I stand for was being attacked. So, it destroyed me, honestly. I’d be lying if I said it didn’t.”

Continuing on the topic, the host detailed changes she’s made in order to foster a more comfortable work environment. “I check in now as much as I can through Zoom to different departments, and I make sure people know that if there’s ever a question or ever anything, they can come to me, and I don’t know why that was never considered before,” she said. “I’m not a scary person. I’m really easy to talk to. So, we’ve all learned from things that we didn’t realize — or I didn’t realize — were happening. I just want people to trust and know that I am who I appear to be.”

As for what she’ll do after the show ends, DeGeneres said her producers encouraged her to “sit still for a while and figure it out.” But she told THR that she’d “for sure” like to return to film acting. “If there were a great role, I’d be able to do that, which I’m not able to do now,” she said, noting that she’s currently focusing on a different type of work. “I’m opening up my [Dian Fossey Gorilla Fund] campus in Rwanda next year, and I want to be more involved with conservation and everything that matters to me as far as the environment and animals.”

Following the announcement, conversation about DeGeneres’ departure sparked on Twitter. In a tweet, actor Alec Baldwin cheekily offered to take over as the show’s host. “Do you think ABC would consider hiring me to replace @TheEllenShow ? Oh...wait...,” he wrote.

Many fans also took to social media to express their feelings, which were certainly mixed. While some reminisced on their favorite moments from The Ellen DeGeneres Show, others focused on how rocky the last year has been for the series and its host. Quite a few fans joked about Dakota Johnson’s now-infamous 2019 appearance on the show, during which DeGeneres accused the actress of not inviting the host to her Oct. 5 birthday party. Johnson quickly replied, “Actually, no, that’s not the truth, Ellen. Ask everybody. Ask Jonathan, your producer.” Fans have speculated that DeGeneres may have skipped out on the party in favor of her controversial and highly-criticized Oct. 6 outing with former president George W. Bush.

Below, fans react to the end of The Ellen DeGeneres Show on social media.