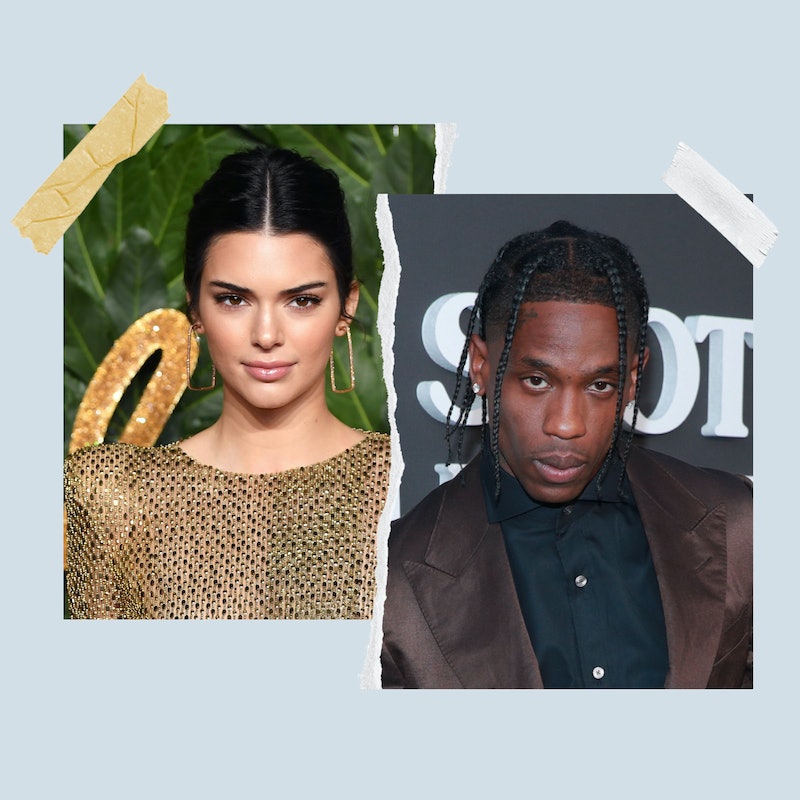 Kendall Jenner is not above publicly calling out Travis Scott on social media. The supermodel threw major shade at the rapper when he shared a snippet of his new music video on Instagram on July 24. The short clip showed the artist rapping in his car, riding a jet ski, and running on a treadmill while on a yacht. However, an entirely separate scene featured dogs that looked a lot like Kendall’s pup Pyro, who was not cast in the music video at all.

“The fact that Pyro didn’t get casted for this….” Kendall wrote in the comments after seeing three black dogs running down a hill in Scott’s video. Kourtney Kardashian also commented, agreeing that Kendall’s Doberman was snubbed out of the role of a lifetime. Fortunately, the “SICKO MODE” rapper was more than willing to make up for it. "Seeeee when I was shooting this, I for sure said pyro needed to pull up,” Scott replied. “I’m shooting pyro for the cover.”

The 25-year-old reality star seemed thrilled by the rapper’s offer. “He would be honored,” she responded with a smiley face emoji. But Kendall’s emoji use was rather tame compared to her sister’s. Kylie, who shares 3-year-old daughter Stormi with Scott, expressed her thoughts on the video by posting a fire emoji, a tongue-out emoji, and four drooling emojis in the comments. Scott was clearly appreciative, sending his girlfriend several red heart emojis in return.

The duo’s emoji exchange comes roughly one month after they walked the red carpet at the 72nd annual Parsons Benefit with Stormi in tow. The 29-year-old artist was honored at the event, and according to E!, he gave the Kylie Cosmetics founder a special shout-out during his acceptance speech. “Stormi, I love you and wifey, I love you,” he reportedly said. This, of course, reignited speculation among fans about the status of the couple’s on-again, off-again relationship.

Rumors that the two have rekindled their romance have been swirling for several months. In May, a source told ET that Jenner and Scott were “trying to make things work” and that the rapper has a lot of respect for the makeup mogul. “Travis really respects Kylie and worships the ground she walks on,” the insider said. “She means a lot to him. He loves that Kylie is such a boss and how great of a mom she is.” The source added that Kylie loves how Travis “makes a big effort to be involved in Stormi’s life,” proving that the feelings are mutual.

An insider told E! that the rapper is “enamored by Kylie and would do anything for her and Stormi.” “He really wanted her back and has been trying for weeks now,” the source continued. “Kylie loves seeing Travis as a dad and is grateful they can make it work for Stormi.” The insider added that the couple is “really happy” at the moment, despite their rocky past. “They have truly always loved each other but needed a break during a busy time in their lives to figure it all out.”