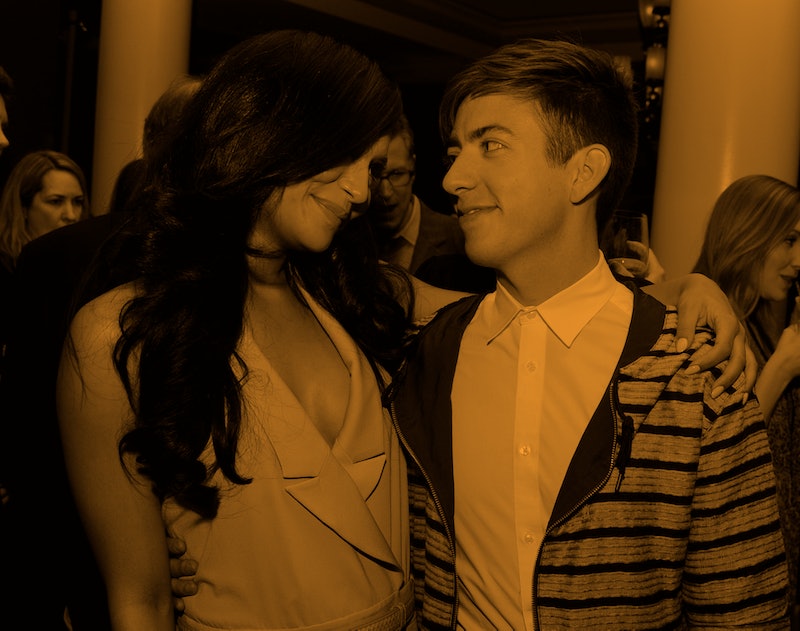 Kevin McHale believes that police had some divine intervention in finding the body of his costar after her tragic death. Shortly after authorities recovered her body from Lake Piru in California, Glee star Kevin McHale said he felt Cory Monteith helped "find" Naya Rivera in a touching tribute to the actor on Twitter. Rivera — who was originally reported missing on July 8 after a boat trip with her 4-year-old son, Josey Dorsey — was confirmed dead on Monday, July 13, which happened to be the seventh anniversary of Cory Monteith's death.

McHale pointed out the connection between the two tragic events on Twitter, where he revealed that he felt Monteith was looking out for his fellow Glee costars. "I'm not religious by any means, but you'd be hard-pressed to convince me that Cory didn't help find our girl today," the Showmance podcast host wrote. "These 2, in many ways, were the male and female versions of one another. So nice, cared deeply, were stupidly talented, the most fun, and really really good people." Along with his post, McHale retweeted a video of Rivera and Monteith signing autographs and hugging fans shared by a fan.

In addition to his touching post on Twitter, McHale shared a lengthy tribute to Rivera on Instagram, where he revealed that the two of them were actually together when they learned of Monteith's death in 2013. "My Naya, my Snixxx, my Bee. I legitimately can not imagine this world without you," McHale wrote, alongside a photo of him and Rivera staring lovingly at one another. "7 years ago today, she and I were together in London when we found out about Cory. We were so far away, but I was so thankful that we had each other."

Saying that he and Rivera were "talking about running away to Hawaii" just last week, McHale added that her tragic death "doesn’t make sense. And I know it probably never will. She was so independent and strong and the idea of her not being here is something I cannot comprehend."

In his post, McHale described Rivera as "the single most quick-witted person I’ve ever met" before praising her talent as an actor and performer. "She was clearly more talented than the rest of us," wrote the actor, who played Artie Abrams on the musical comedy. "She was the most talented person I’ve ever known. There is nothing she couldn’t do and I’m furious we won’t get to see more."

"For having such tiny body, Naya had such a gigantic presence, a void that will now be felt by all of us - those of us who knew her personally and the millions of you who loved her through your TVs," he concluded his post.

McHale isn't the only member of the Glee cast to point out the connection between Monteith and Rivera; shortly after Rivera's death was confirmed by authorities, Lea Michele shared several behind the scenes photos of Rivera and Monteith on her Instagram Story, as well a touching snap of the entire cast on a boat, staring out at the horizon together.