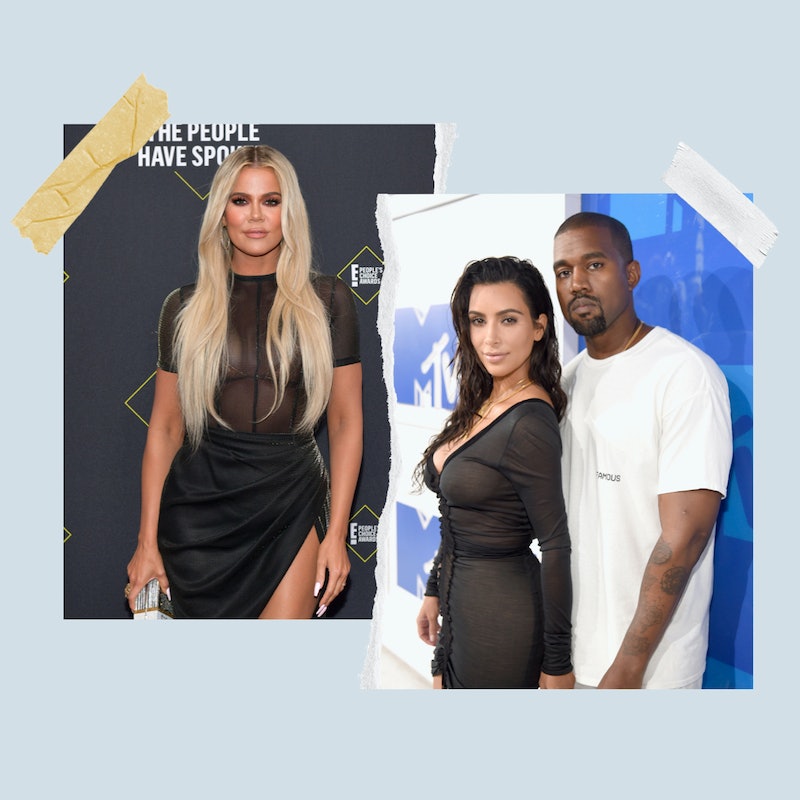 If you’re going to come for Khloé Kardashian, make sure you leave her family out of it. On Tuesday, June 8, the Keeping Up With the Kardashians star clapped back at one of her followers after they criticized her for sharing a birthday tribute to Kanye West. “Happy birthday to my brother for life!!!” the Good American founder wrote alongside a photo from Kim Kardashian’s 40th birthday trip to Tahiti. “Have the best birthday Ye! Sending you love and endless blessings!!”

Unfortunately, the post did not go over well with Instagram user @aliyahmartinez98, who felt that posting about West’s birthday amid his divorce from Kim was insensitive at best. “I’m sorry Kim,” they commented. “The whole ‘brother for life’ thing is too petty for me. Your sister bond should be much more strong than feeling the need to say that. Your divorce was so hard on you even the picture is just uncalled for.” Martinez then suggested that Khloé could’ve Googled a different photo instead of rehashing recent memories from their October 2020 vacation.

Upon seeing Martinez’s judgemental comment, the 36-year-old reality star clapped back in the replies. “You don’t think me and my sisters talk about one another’s feelings?” she asked. “We are with one another everyday. This is MY FAMILY. Not yours!” The KUWTK star also urged her followers not to weigh in on things they don’t know anything about, including the current status of her relationship with the rapper. “Don't comment as if you in the know unless you are actually in the know,” she wrote.

Unsurprisingly, it seems that Khloé actually does know her family better than some random stranger on the internet. Shortly after sharing her post, Kim commented with a single red balloon emoji. Later on, the KKW Beauty founder took to her stories to share photos of West and their four children. Together, they co-parent North, 7, Saint, 5, Chicago, 3, and Psalm, 2. Kim also shared a birthday tribute to her Instagram feed. “Happy Birthday,” she wrote next to a photo of her family on a private jet. “Love U for Life!”

Unfortunately, this isn’t the first time (nor will it be the last) that Khloé has clapped back at haters on the Internet. Earlier this week, for example, she was labeled a “hyprocrite” online for criticizing people who fill up their big water bottles with water from single-use bottles. “Something that irks me is that I see people taking water bottles and they’re just pouring it into the gallon-size reusable plastic bottle so they can consume their water for the day,” Khloé said on Instagram on Monday, June 7. “That defeats the purpose because those water bottles are just going to go into a landfill somewhere.”

Inevitably, the TV personality was slammed for calling out others without acknowledging her own (rather large) carbon footprint. “Is Khloé going to stop traveling by private jets since she wants to act so concerned about the environment??” one Twitter user asked. “Private jet passengers account for 10 times as many greenhouse gas emissions as a commercial traveler & 150 times more than train travelers.” Someone else echoed that sentiment, adding that Khloé seems very concerned about single-use plastics but not the “environmental impact of the excessive balloons and flowers” that she shows off on Instagram.

Khloé has since responded to the water bottle drama, writing on Twitter that it must have been a “slow news day.” “I am constantly learning and trying to be better for the environment for the sake of my daughter,” she wrote. “I am the last one to say that I’m super environmentally conscious because I know how much more I have to learn. All I was simply saying is a pet peeve of MINE.” She also wrote that she probably won’t be sharing her giant water bottle journey anymore. “I mean the drama over water,” she wrote. “LOL I’ll keep my jug of water to myself moving forward.”