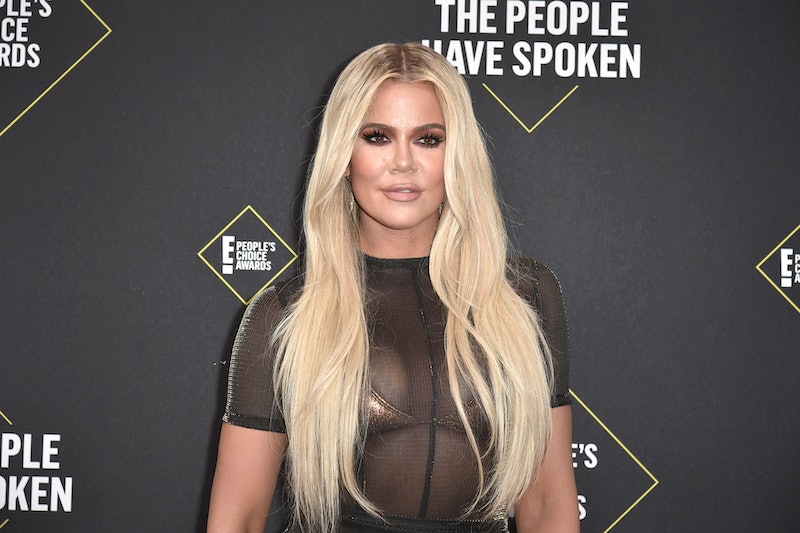 Khloé Kardashian doesn't let the trolls get to her. In a recent interview with ELLE, she opened up about the Instagram comments she receives about her appearance — and how they no longer faze her.

"At first, [mean comments] would definitely bug me, and I'm like, what in the world?" the Good American founder told the outlet. "Now I really don't care. Maybe if I'm having a bad day. But typically, I would say 90% of the time, it doesn't affect me." Still, Kardashian can't resist messing with her haters. "Sometimes I have to f*ck with people a little bit," she also admitted to ELLE. "I try not to! I try to behave, but sometimes they're just asking for it."

Khloé — and the rest of the Kardashian gang — are no strangers to the public weighing in on their appearances. "On my Instagram page people comment saying 'I liked you better when you were bigger' and I think, 'Thank God I don’t live my life for other people because I’d be in a constant tug of war,'" she told Cosmopolitan U.K. back in 2015 while reflecting on her fitness journey following her divorce from Lamar Odom. "I have never felt ‘fat’ I just didn’t realize how unhealthy I was until I look back at pictures."

But lately the comments surrounding Kardashian have been less about her actual body, and more about how she edits her photos of her body with Facetune. (Kardashian is admittedly a longtime fan of the photo editing app, which she's never been afraid to admit.) “Facetune is the best thing to bring to the table. It’s life-changing,“ she told Chelsea Handler. "It’s amazing. I think our society nowadays is so caught up on getting validation from the social world that no one really knows, so they post these things."

Even if others disagree with Kardashian's love (and usage) of Facetune, she doesn't see the point of sharing those negative thoughts in her Instagram comments. "I’ll never understand how bored or unhappy some people can be," she wrote on Twitter earlier this month. "I am someone who would never comment something unless it’s positive. I believe in uplifting and complimenting one another. Who has the time chiiiillllldddd?! Time is precious boo. I’m spending it on happy things."