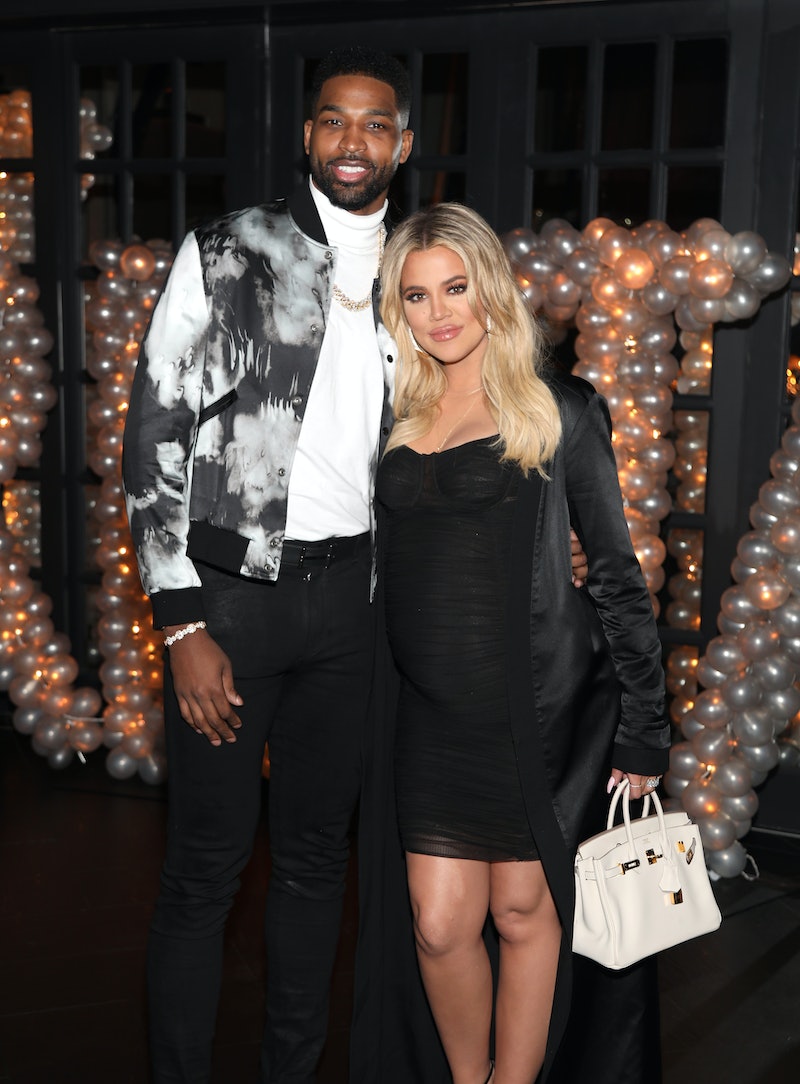 Maralee Nichols, the personal trainer who says Tristan Thompson fathered her baby, has given birth, according to Us Weekly. Although an Instagram account believed to belong to Nichols shared photos of a newborn son named Angelou Kash Thompson on Friday, Dec. 3, TMZ later reported that the account appears to be fake and the photos ripped off. Nichols’ baby’s name has not yet been revealed and Thompson has questioned the child’s paternity.

According to court documents obtained by the Daily Mail, Nichols claims the baby was conceived in a Houston hotel during Thompson’s 30th birthday celebration in March — when he and on-and-off girlfriend Khloé Kardashian were reportedly still together. Thompson admitted to having “sexual intercourse” with Nichols multiple times in his hotel room after attending a party, but said she initiated the “sexual contact” and they were only intimate that one night, as well as the following morning. Nichols countered via her lawyers, however, that their affair had begun five months earlier, and she said that she saw him on multiple occasions after she got pregnant.

Now Nichols is suing Thompson for child support in a paternity suit, claiming that he attended two doctor appointments in April and May and even covered the $518 cost of one of them. Thompson filed his own documents in Houston in July requesting a paternity test, and the following month, Nichols presented the court with text messages allegedly from the Sacramento Kings basketball pro, who reportedly insisted she get an abortion and offered her $75,000 in hush money. (Thompson denied sending the messages but also conceded that his “contact information is present” in them. The lawsuit is still ongoing.)

“You know how I feel. My feelings haven’t changed at all. [I] won’t be involved at all,” a screenshot of the exchange read, in part. “Btw if you think having this baby is gonna make you some money. It’s completely wrong. You are aware that I’m retiring after this season. So in terms of support it will be whatever is required monthly for someone who’s unemployed.”

Just days before the baby was reportedly conceived, Kardashian celebrated Thompson’s birthday with their 3-year-old daughter, True Thompson. (The NBA pro is also father to son Prince Thompson, with ex Jordan Craig.) Despite multiple cheating scandals — including with Jordyn Woods in 2019 — the couple reunited, and the Keeping Up with the Kardashians alum even posted a sentimental birthday tribute on March 13.

“The ones that are meant to be are the ones who go through everything that is designed to tear them apart and they come out even stronger than they were before,” the reality star wrote alongside a family photo. “Thank you for showing me everything you said you would. For the father you are. For the best friend I have in you. I’m thankful that I can do absolutely nothing with you and it feels like everything.”

Although Kardashian has yet to directly comment on the latest scandal surrounding Thompson, some fans believe she subtly responded to the allegations in recent cryptic Instagram stories. Among the quotes she shared in recent days is one about not having “time for negative energy.” As of late October, a source told E! that there was “no label” on their relationship status at the time, however, and so she may stay out of the public fray completely. Only time will tell.