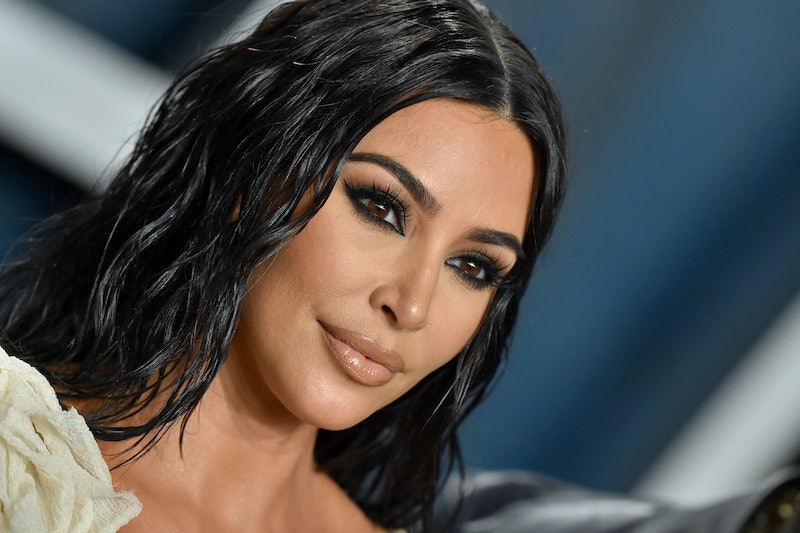 Kim Kardashian is prioritizing something new in her 40s: herself. In Vogue’s March cover story, the 41-year-old opened up about her goal to put herself first, which is one of the reasons why she chose to divorce Kanye West. “For so long, I did what made other people happy,” she said. “And I think in the last two years I decided, I’m going to make myself happy. And that feels really good. And even if that created changes and caused my divorce, I think it’s important to be honest with yourself about what really makes you happy. I’ve chosen myself. I think it’s OK to choose you.”

The reality star continued to elaborate on what “choosing you” looks like for her. “My 40s are about being Team Me,” she explained. “I’m going to eat well. I’m going to work out. I’m going to have more fun, spend more time with my kids and the people who make me happy. I’m going to put my phone down. Unfollow if I don’t want to see something on Instagram. Khloé came up with the best phrase for that yesterday. She said, ‘Post and ghost.’ ”

Her remarks resonated with people on Twitter, who praised the star for juggling being a mother, studying to become a lawyer, and continuing to build an empire all while putting herself first.

She isn’t the only Kardashian that changed when she entered her 40s. Her older sister Kourtney also described building a “zero f*cks given” attitude after she turned 40, which apparently is somewhat of a family tradition. “When Kim and I each turned 40, we got all these text messages from our grandmother and our cousin and people over 40,” she told Vogue. “They were like, ‘You’re going to have the best sex of your life. You’re going to be in the best place in your life.’” Given her recent engagement to Travis Barker, it’s safe to say her family’s words rang true.

However, that’s not what she expected at first. Kourtney admitted that she had anxiety about her 40s in a July 2019 episode of Keeping Up With the Kardashians. “I do think that turning 40, like it almost makes you analyze like where you’re at in your life,” she told Khloé. “It’s just giving me anxiety... Now that I’m doing Poosh, I just always wish I had more time. I feel like I want to cry.”

More like this
Kim Kardashian Gives “Bucket List Dream” Lecture At Harvard
By Alyssa Lapid
RHOP’s Robyn Dixon Explained Why Juan Paid For Another Woman's Hotel Room
By Brad Witter
Kylie Jenner Clarified How To Pronounce Her Son's New Name
By Jake Viswanath
Everything You Need To Know About Kanye's Post-Kardashian Dating Life
By Bustle Editors
Get Even More From Bustle — Sign Up For The Newsletter
From hair trends to relationship advice, our daily newsletter has everything you need to sound like a person who’s on TikTok, even if you aren’t.