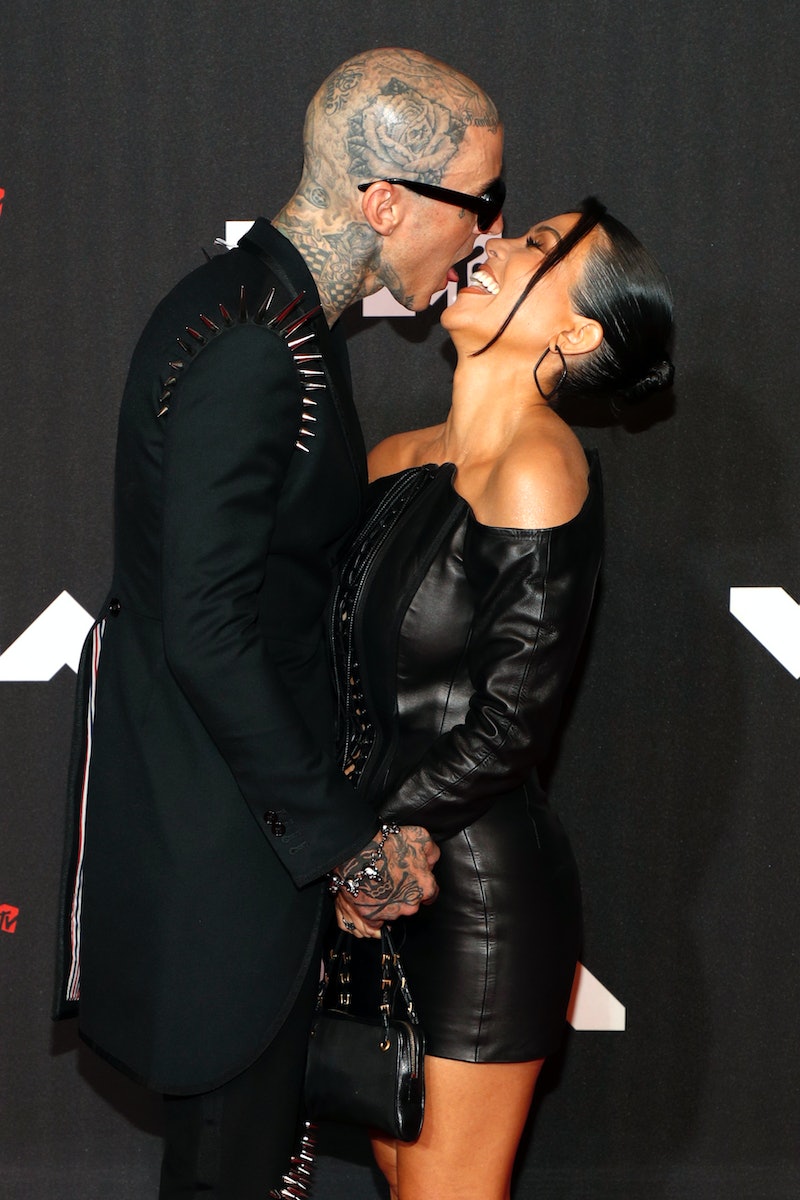 Following speculation that the couple were already married, Kourtney Kardashian and Travis Barker have officially announced their engagement. Barker popped the question in a super romantic setting on a beach at sunset, surrounded by a heart made of red and white roses. Kardashian revealed the engagement with a photo of the occasion, accompanied by the caption “forever @travisbarker.”

According to E!, a source said Kardashian had no idea about the engagement and couldn’t stop telling Barker that she loved him. “I could see Kourtney smiling from ear to ear and put her hand over her mouth looking surprised,” they said. “The family cheered for them and went back into the hotel.” This was reportedly the Rosewood Miramar Hotel in Montecito, California.

The couple were joined by both sides of their families, including Kourtney’s sisters Kim, Khloe, Kendall, and Kylie, as well as her mum Kris, Corey Gamble, and Tristan Thompson. Barker’s children were also in attendance, including his stepdaughter Atiana. His daughter Alabama congratulated the couple on her Instagram Story. “So happy for you guys, I love u both!” she captioned the post.

Kim also shared her excitement for her sister, sharing a video of the couple kissing at their engagement dinner with the caption “KRAVIS FOREVER”. Her video also gave fans a glimpse at Kardashian’s engagement ring, which is reportedly worth at least $1 million.

Kardashian and Barker first confirmed their relationship in February 2021, following speculation that the two were an item in late 2020. Kardashian revealed their relationship status with a picture of the pair holding hands shortly after Valentine’s Day. The couple were close friends prior to their romance, with Barker even appearing in Keeping Up With The Kardashians on occasion with his ex-wife Shanna Moakler.

Both Kardashian and Barker live in Calabasas, and would regularly see each other before falling in love. “We would go out to eat, just hang out,” Barker told US Weekly. He even had a crush on her at the time, and that while they were often “flirtatious [...] nothing ever happened.”