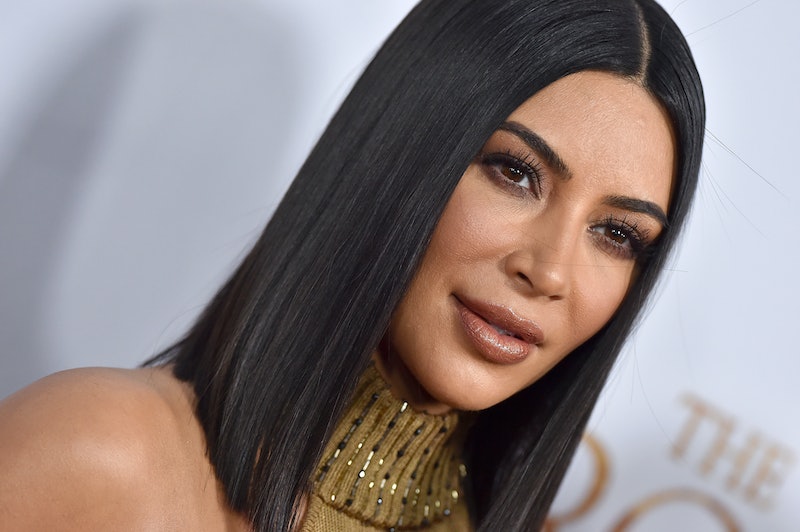 How is Kim Kardashian keeping busy amid her divorce from Kanye West, you ask? She’s binge-watching Bridgerton. On Sunday, March 28, the reality star took to Instagram to share her thoughts on the popular period drama (and more specifically, The Duke of Hastings’ drama-filled relationship with Daphne). And yes, she’s just as obsessed with the hit Netflix series as you are.

“I’m not ok!!!!” the SKIMS founder wrote on her stories while watching the show for the first time with some friends. Then, during a waltz scene between the Duke (Regé-Jean Page) and Daphne (Phoebe Dynevor), the 40-year-old couldn’t help but get emotional. “What is happening?!?!” she wrote on her Stories. “I’m not crying!”

The first season of the show, which is based on a series of novels by Julia Quinn, follows Daphne, the eldest daughter of the wealthy Bridgerton family as she tries to find an eligible suitor to marry. But alas, her overbearing brother gets in the way of the matchmaking process. Soon enough, Daphne strikes a deal with her brother’s old friend Simon Basset (aka Duke of Hastings) and the two fake a relationship.

As with most fake relationships, Daphne and Simon ultimately fall in love. And fans of the show seem thrilled that Kardashian is just as into the drama as they are. “@KimKardashian watching and fangirling over Bridgerton wasn’t something I knew I needed until it happened,” one person tweeted. “Kim Kardashian fell into the Bridgerton hole! Good luck getting out love,” someone else warned.

Other Twitter users were relieved to see that the Keeping Up With the Kardashians star was finally on board. “@KimKardashian 3 months too late but welcome to the #Bridgerton family,” one fan wrote. “@KimKardashian discovering Bridgerton on Day 23781 and whispering ‘chase her, kiss her, yes’ ... kills me,” another fan added. One person even joked that they have “never felt more connected” to the reality star than they do right now.

Kardashian, of course, isn’t the only celebrity who’s obsessed with Bridgerton. In December 2020, Selling Sunset’s Chrishell Stause took to social media to share her review of the drama. “Just hit the big finish of #BRIDGERTON 10/10 would recommend,” she tweeted. Jonathan Van Ness also hopped on Twitter after watching the finale to say that he hasn’t been able to get the show out of his head. “I finished @bridgerton last night at 11:30,” he wrote. “I've spent 3 total minutes since then not thinking about @nicolacoughlan.”

Gabrielle Union, Drew Barrymore, Mila Kunis, and Sarah Ferguson are among the many other celebrities who are totally hooked on the series. So while Kardashian is definitely late to the party, she’s certainly not the only A-lister who’s fully invested in the sex and scandal of Regency-era England.