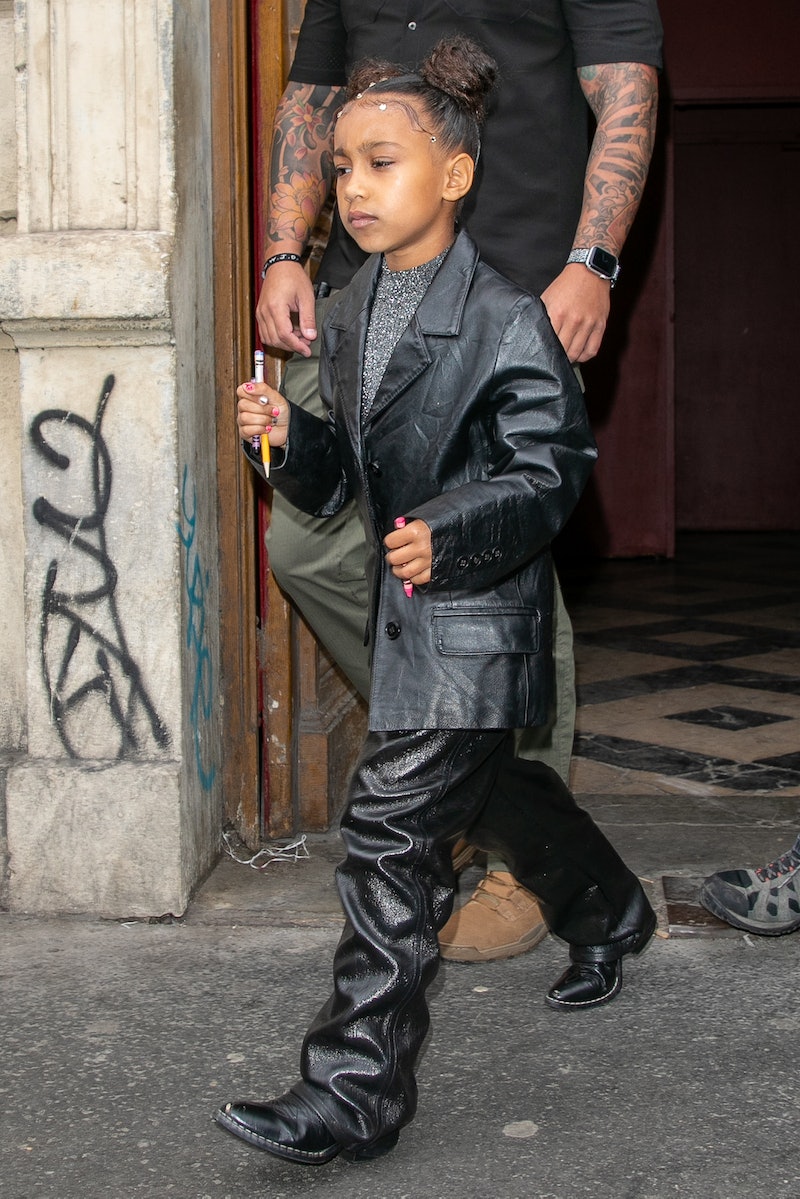 North West may only be 8-years-old, but she’s already carving a potential future career in styling. She and her three siblings were a major part of Kim Kardashian’s family-themed shoot for the March cover of Vogue, and North was behind the outfits.

North did a pretty amazing job at enhancing her siblings’ personalities with their outfits. Saint was styled in a green Kawasaki shirt and purple paints, Chicago in a pink football jersey and matching cowboy boots, and the youngest of Kardashian’s kids, Psalm, in a flannel shirt and cargo pants. North herself wore a white Skims T-shirt, teamed with a pair of her mom’s old Levi’s.

It’s abundantly clear from the photoshoot that Kardashian and her kids are incredibly close, and even more so following the divorce from her estranged husband Ye (formely known as Kanye) West. While she has remained mostly silent about the things West has said in public, she did address the whole TikTok fiasco about West’s disapproval of their daughter being on the app with Kardashian — which she also shared in a statement on her Instagram Stories.

“Divorce is difficult enough on our children and Kanye’s obsession with trying to control and manipulate our situation so negatively and publicly is only causing further pain for all,” she said, reiterating that her wish is for “all matters regarding our children” to remain private.

Instead, Kim’s focus is on finding herself and doing things that make her happy. She told Vogue: “For so long, I did what made other people happy. And I think in the last two years I decided, I’m going to make myself happy.”

“And I think in the last two years I decided, I’m going to make myself happy. And that feels really good. And even if that created changes and caused my divorce, I think it’s important to be honest with yourself about what really makes you happy. I’ve chosen myself. I think it’s okay to choose you.”