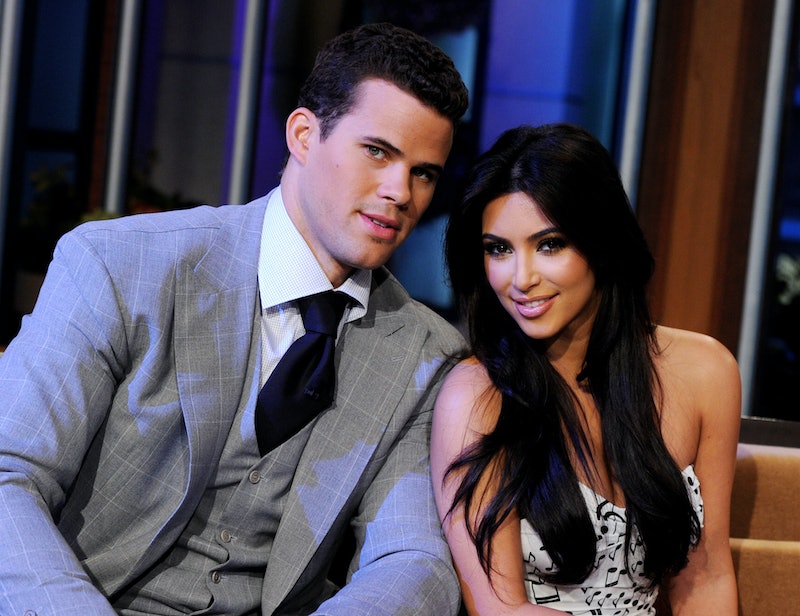 Nearly a decade after famously ending their 72-day marriage, Kim Kardashian admitted she owes ex-husband Kris Humphries an apology for how she handled their split. The pair married in a televised wedding that reportedly cost $10 million in August 2011, but by October the same year, Kardashian had filed for divorce. During the June 17 Keeping Up With the Kardashians reunion special, host Andy Cohen gave the star an opportunity to discuss the well-publicized union and breakup.

“I was so nervous to break up with someone, I handled it totally the wrong way,” Kardashian said. “I fully broke up with him in the worst way, and I couldn’t, I just didn’t know how to deal. I learned so much from it.”

After Cohen asked if Kardashian if she thinks she owes the former NBA star an apology, she replied, “Absolutely, and I tried to, I tried calling him for months.” The KKW Beauty founder also went on to detail a run-in with Humphries at the Beverly Hills Hotel, claiming he wouldn’t speak to her then, either, despite being seated at the next table. “All of his friends got up and said hi to me and he just literally looked at me and, like, wouldn’t even speak to me,” she added.

After all, she’d denied Humphries’ 2011 request for an annulment (in which he cited “fraud” as the reason for their split) in favor of a divorce — another factor Kardashian wishes she’d handled differently. “I wish I was only married once,” she told Cohen, explaining she’d felt “pressured” to go along with the wedding ceremony, even though she had last-minute doubts. (Mom Kris Jenner even tried to talk her out of the marriage before the rehearsal dinner, going so far as offering to put her in a car that would take her somewhere no one would find her.)

As Kardashian added on the KUWTK special, about six months after filing for divorce, she called future third husband Kanye West to ask why he hadn’t called to say “I told you so” about her marriage’s demise. She recalled that after another six months, they “met up” and she knew their friendship was turning romantic. Kardashian and Humphries eventually finalized their divorce in 2013 — just weeks before she gave birth to her and West’s first daughter, North. The parents married the following year, though Kardashian recently filed to divorce the rapper, with whom she also shares children Saint, 5, Chicago, 3, and Psalm, 2.

For his part, Humphries has made no secret of the toll the breakup took on him, opening up in a March 2019 personal essay for The Players’ Tribune. “My whole life, I was a really confident, happy person. But nothing can prepare you for the feeling of walking down the street, or being anywhere, really — the grocery store, the gas station — and having people literally running up on you and trying to film you, trying to grab you, saying God knows what,” he wrote, explaining that he also dealt with “a lot of anxiety” at the time. “There was about a year where I was in a dark place. I didn’t want to leave my home. You feel like … I don’t know … the whole world hates you, but they don’t even know why. They don’t even know you at all. They just recognize your face, and they’re on you.”

Although both parties have seemingly long moved on, Kardashian hasn’t gotten over the fact she was never able to properly say sorry to her ex-husband.

More like this
Kim Kardashian Gives “Bucket List Dream” Lecture At Harvard
By Alyssa Lapid
RHOP’s Robyn Dixon Explained Why Juan Paid For Another Woman's Hotel Room
By Brad Witter
Khloé Kardashian Writes Touching Instagram Tribute To Tristan Thompson’s Mother
By Alyssa Lapid
North West Will Make Her Acting Debut Alongside Mom Kim Kardashian
By Radhika Menon
Get Even More From Bustle — Sign Up For The Newsletter
From hair trends to relationship advice, our daily newsletter has everything you need to sound like a person who’s on TikTok, even if you aren’t.