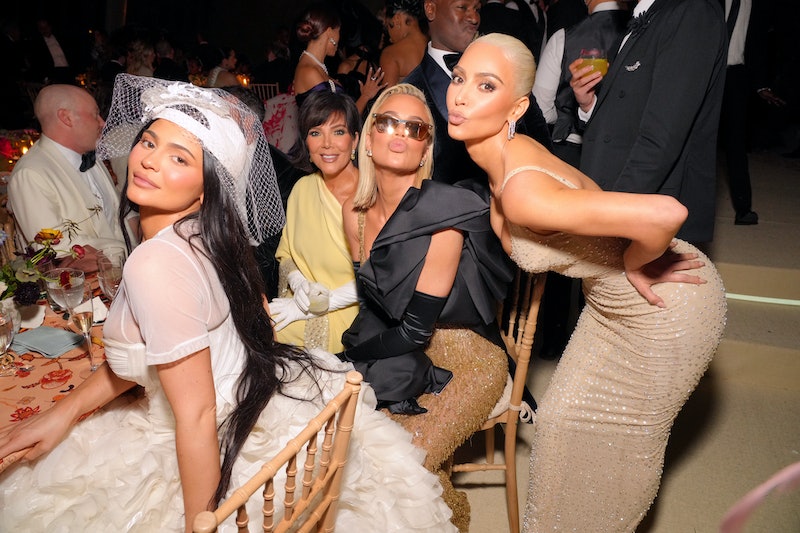 After Kim Kardashian attended the 2022 Met Gala with boyfriend Pete Davidson on May 2, she kept the night going in her hotel room by eating two things she hasn’t consumed since going on a no-carb, no-sugar diet to prepare for the event: doughnuts and pizza. At the Met Gala, she had revealed she lost 16 pounds to fit into the dress that Marilyn Monroe wore in 1962 when she sang “Happy Birthday” to President John F. Kennedy. Since the garment is historically significant, she wasn’t allowed to alter it, so she decided to go on a strict diet of “the cleanest veggies and protein.”

The 41-year-old mother took to her Instagram to post videos and photos of her post-Met Gala treats in the wee hours of May 3. “After the Met, I am starving, and my favorite doughnuts in the entire world, in New York City, are these mini doughnuts,” she said on her Instagram Story. “Oh my gosh, you guys. I have them in the room. How cute is this?”

Kardashian’s next story featured a video of no less than 14 pizzas sitting on a table just waiting to be eaten. “You guys, I haven’t had carbs or sugar in almost a month,” she admitted before clarifying the timespan. “Definitely three weeks. This pizza — I’m so excited!”

Kardashian dominated the conversation around the Met Gala before and after she showed up in the Marilyn Monroe dress. The reality star explained Vogue’s Met Gala correspondent Lala Anthony what she had to go through to wear the iconic look. “I had to lose 16 pounds … to be able to fit this,” Kardashian said, explaining that she had only three weeks in which to shed the weight (doctors do not recommend such a rapid approach to weight loss).

Kardashian described the weeks-long diet as “a challenge” and compared it to what actors go through. “It was like a role — I was determined to fit,” she said. Standing beside her as she chatted was Davidson, who had to help his date as she struggled to walk up the stairs in the dress.

But how did she do it? Before heading to the Met Gala, Kardashian spoke with Vogue about the process, telling the fashion magazine that she “would wear a sauna suit twice a day, run on the treadmill.” In terms of eating, the mother of four apparently “completely cut out all sugar and all carbs” and only ate “the cleanest veggies and protein.”

The dress was designed by Bob Mackie and worn by Monroe 60 years ago for JFK’s 45th birthday. The gown immediately became an iconic moment in fashion history, as the fact that it was nude-colored was considered scandalous at the time, especially considering who she was wearing it for. The outfit was reportedly commissioned for $1,440, and 30 years later, it was sold at auction for more than $1 million.

Nearly two decades later, the dress was sold again for $4.8 million, and eventually it was acquired by Ripley’s Believe It Or Not Museum. That organization allowed Kardashian to wear it to the Met Gala, but it was shipped on a private jet, traveled with guards, and had to be handled with gloves.