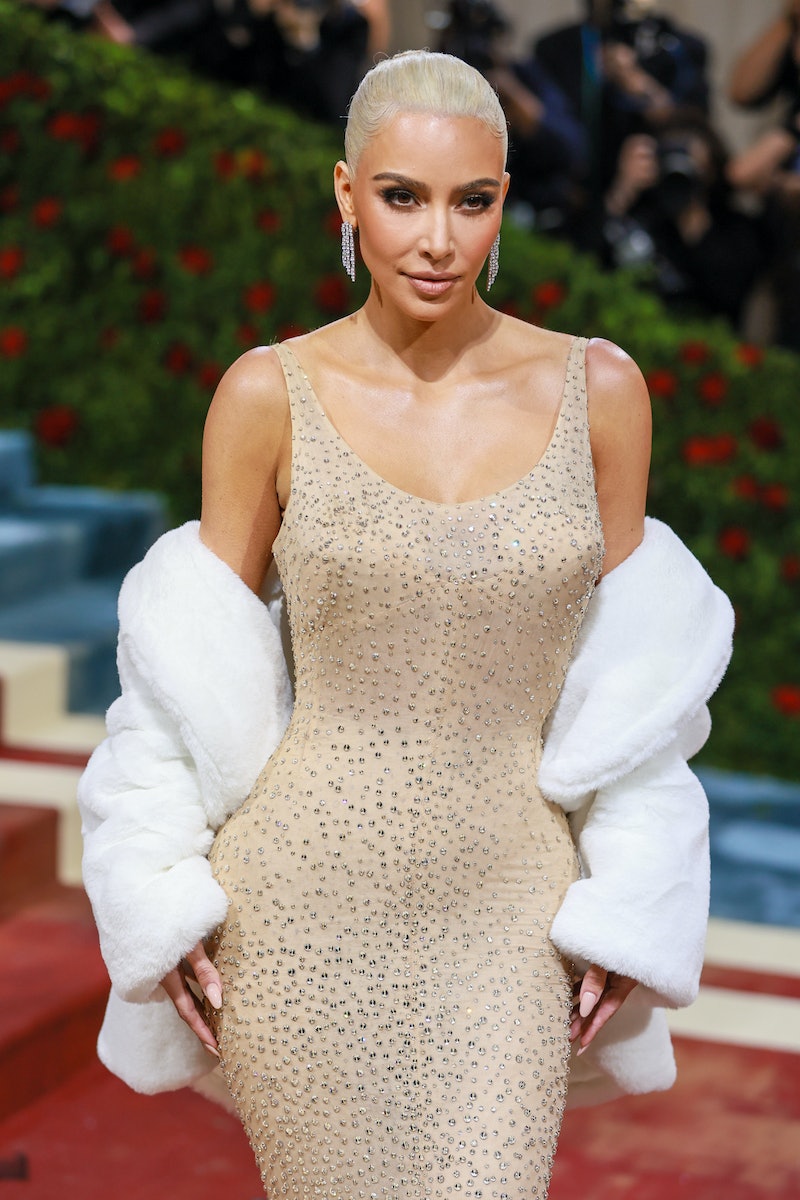 Well, folks. It happened. After much speculation, Kim Kardashian did, in fact, channel Marilyn Monroe’s likeness on the 2022 Met Gala red carpet. The mogul arrived wearing the same Bob Mackie dress that the actress famously wore in 1962 to sing “Happy Birthday” to then president John F. Kennedy.

The rumors started when Kardashian began dropping hints about her look for the gala, revealing in an interview with Access Hollywood last month that her outfit selection would be dependent on whether or not she could fit into it. “It can't be tailored, so I have to fit into it like exactly,” she said.

Shortly thereafter, she was spotted at Ripley’s Believe it or Not in Orlando, Florida with boyfriend Pete Davidson — where the dress (the most expensive in the world) is stored. Kardashian has long drawn comparison to Monroe, thanks to her former husband Kanye West, who once referred to her as Marilyn.

Kardashian told Vogue she had been dreaming about this transformation since last year’s Met Gala, when she wore the unforgettable Balenciaga ensemble that covered her fully — face to feet. “Nowadays everyone wears sheer dresses, but back then, that was not the case,” she explained to the magazine. “In a sense, it’s the original naked dress. That’s why it was so shocking.”

While I would have loved to see Kardashian go full Marilyn, blonde bob and all, there is no doubt this is a major American fashion moment.