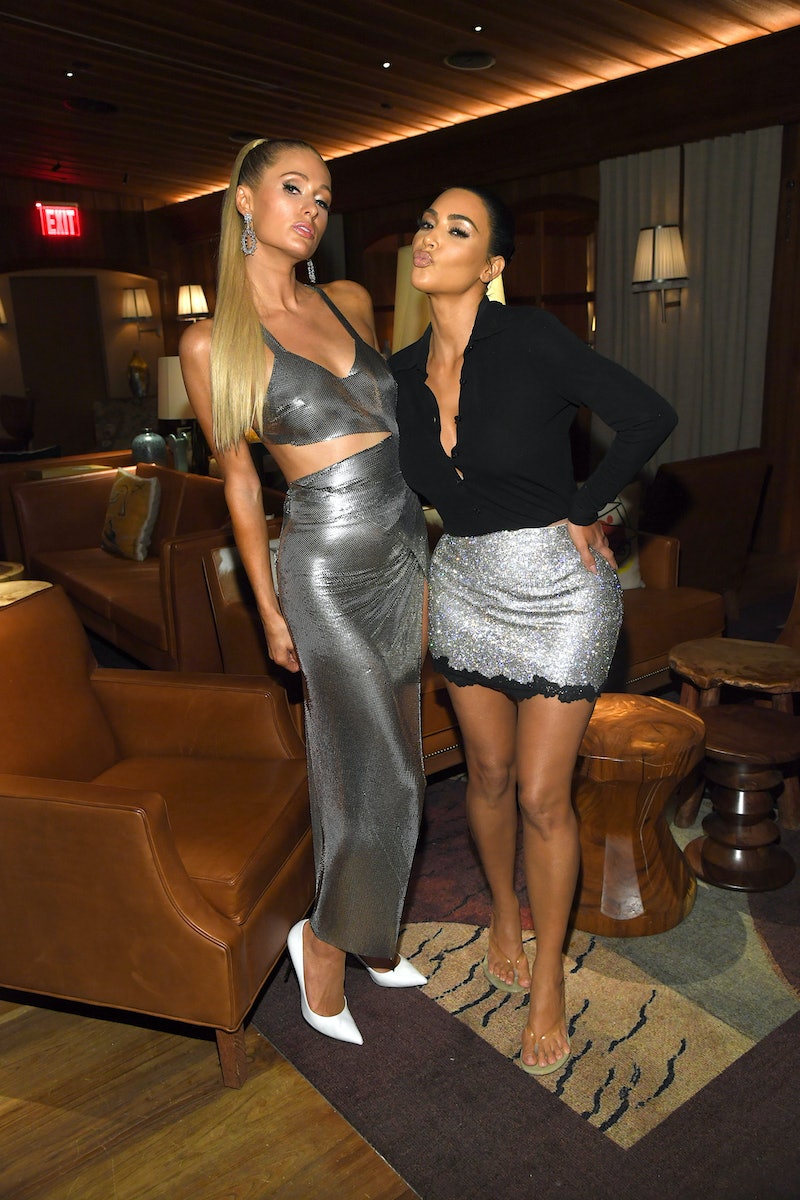 The rough patch in Kim Kardashian and Paris Hilton’s friendship is definitively in the rearview. As the This Is Paris star celebrated her nuptials to entrepreneur Carter Reum on Thursday, Nov. 11, her longtime pal was there to support her. Kardashian posted several photos from the lavish event on Instagram on Nov. 13, showing “Pumpkin spice and everything nice for Paris’s wedding,” as she put it in her caption.

The nine-photo carousel started with several photos of Kardashian in her gorgeous black gown, posing amid a pile of pumpkins (hence her caption). The fifth slide, however, shared a sweet moment between her and the bride. In it, the Keeping Up With the Kardashians vet throws it back to her early 2000s days as Hilton’s closet organizer as she adjusts her long veil. Then, in the final slide, yet another early reality star makes an appearance: The Simple Life vet Nicole Richie.

A source told E! that Kardashian not only assisted Hilton with her Oscar de la Renta wedding gown but had a “sweet pep talk” with her, too. Later, the Skims founder also reportedly had a warm reunion with Richie. They “gave each other a huge hug,” according to the insider, and spent time catching up.

Reflecting on the entire experience after the fact, Hilton wrote in a post on her website that it was “a true fairytale wedding.” She described numerous highlights, including her dad’s reaction to seeing her in her dress, walking down the aisle to Kim Petras covering “I Can’t Help Falling in Love With You,” and her and Reum’s “version of a ball” afterward.

“It was the best day and night of my life,” the heiress wrote. “If I could do it all again I would in a heartbeat. I was incredibly happy being surrounded by so many loved ones and for everyone to be catching up and letting loose and celebrating.”

Kardashian was joined on that list of loved ones by many other famous faces. Her fellow attendees included stars like Hilton’s Real Housewives of Beverly Hills aunt Kyle Richards, actor Ashley Benson, and singer Demi Lovato. Like Petras, Lovato performed during the event, singing “I Will Always Love You.” Hilton described their performances as bringing “so much emotion and love” to her and special day.

At one time, Kardashian likely wouldn’t have been invited to Hilton’s wedding. While the two were friends growing up, there was some drama in 2008 and a falling out that persisted for years. By 2014, they were back on better terms, and in the years since, they’ve publicly supported each other, collaborated for work, and, of course, been present for many special moments.

More like this
Kim Kardashian Gives “Bucket List Dream” Lecture At Harvard
By Alyssa Lapid
Did Pete Davidson Remove His Kim Kardashian Tattoos? Photos Point To Yes
By Alyssa Lapid
Khloé Kardashian Writes Touching Instagram Tribute To Tristan Thompson’s Mother
By Alyssa Lapid
Travis Barker's New Tattoo Is Causing Some Awkward Confusion Among Fans
By Stephanie Topacio Long
Get Even More From Bustle — Sign Up For The Newsletter
From hair trends to relationship advice, our daily newsletter has everything you need to sound like a person who’s on TikTok, even if you aren’t.