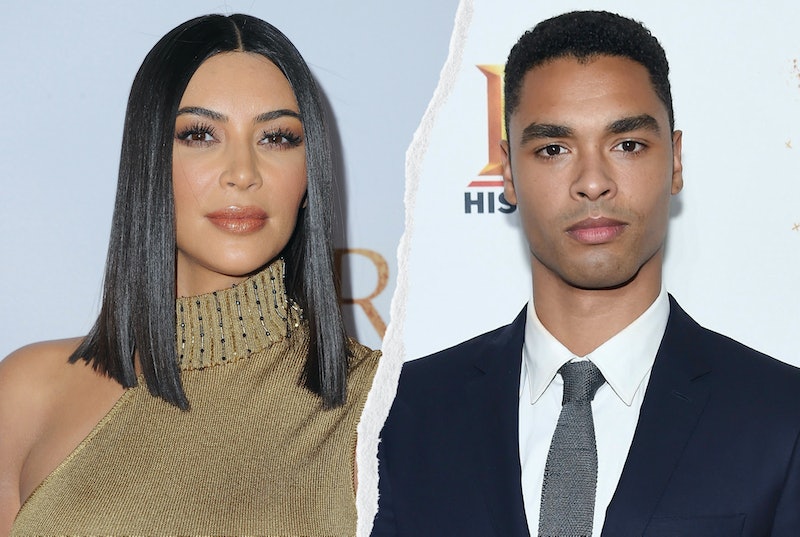 If you’re still not over the fact that Regé-Jean Page won’t be returning to Bridgerton for Season 2, you’re not alone. Kim Kardashian is still reeling from last month’s announcement, and on Monday, May 3, she was triggered again when the show’s soundtrack started playing while she was getting a facial. “All the feels are coming back!!!” the SKIMS founder wrote on her Instagram Stories. “I might start crying thinking about how The Duke isn’t coming back. Just when I thought I was over it!!!”

This wasn’t the first time the 40-year-old reality star reacted to the news of Page’s departure on social media. Last month, she commented on Bridgerton’s official Instagram account, where it was first announced that the actor would not be reprising his role as Simon Basset (aka, the Duke of Hastings). “Wait!!! WHAT????” she commented on April 2. On her Instagram Stories, she was equally shocked. “I’m NOT OK!!!!!” the KUWTK star wrote. “What is happening!!??? How can this be?”

Kardashian wasn’t the only celebrity devastated by the news. “I’m not well,” Stassi Schroeder wrote in the comments of Us Weekly’s post about the actor’s departure from the series. Bachelor in Paradise alum Ashley Iaconetti echoed that sentiment. “WHAT. Theeeeeeee,” she wrote. The legendary Dionne Warwick was also surprised and disappointed to learn that Page would not be featured on the Season 2 . “No, @regejean! You CANNOT leave me like that,” she tweeted. “I WILL NOT have it.”

The announcement, which was also published on April 2, was a very emotional one. “Dear readers, while all eyes turn to Anthony Bridgerton’s quest to find a Viscountess, we bid adieu to Regé-Jean Page, who so triumphantly played the Duke of Hastings,” said a letter from Lady Whistledown, a mysterious member of London’s high society who writes a regular gossip column. “We’ll miss Simon’s presence onscreen, but he will always be part of the Bridgerton family.”

A few days later, Page told Variety that he was leaving the series because his character was only supposed to be around for one season from the very beginning. “It’s a one-season arc. It's going to have a beginning, middle, end — give us a year,” he said before thinking back on early conversations with producers. “[I thought] ‘That’s interesting,’ because then it felt like a limited series. I get to come in, I get to contribute my bit and then the Bridgerton family rolls on.”

Although the Bridgerton family will be rolling on without Page, it’s more than likely that Kardashian will continue watching — especially since she and her family inspired some of the characters. “Does @KimKardashian know that the Kardashians were a massive inspiration for the Featheringtons and we talked about them all the time during our fittings?” Nicola Coughlan tweeted on April 21. Minutes later, Kim responded. “WHAT?!?! I am freaking out!!!!!!” she wrote. “Can I please come to a fitting?!?! It would make my whole life!!!!!! I love you Lady W!!!”

After telling the KKW Beauty founder that she would love to have her at a future fitting, Coughlan and Kardashian bonded over their love of corsets, which are a staple in both the show and the reality star’s wardrobe. “OMG I’m gonna faint!!!!!! Does this make me an honorary Duchess in Bridgerton ?!?!?!?” Kardashian asked before adding that she is the “corset queen.” “Why of course, Duchess Kardashian of Calabasas!” Coughlan responded. “Lady Whistledown is happy to declare you the season’s true incomparable.”