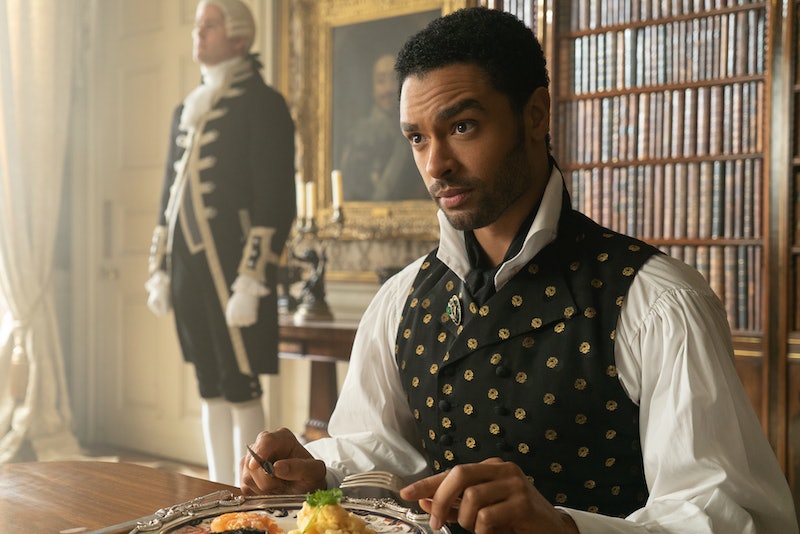 Regé-Jean Page enthralled Bridgerton viewers as Simon, the moody, romantic suitor to Phoebe Dynevor’s Daphne. Their undeniable chemistry — and ample ups and downs — helped Bridgerton become one of Netflix’s most successful series ever and ensured more Regency drama would be coming to our screens soon. However, as you’re sure to notice right away if you burn through Bridgerton Season 2 March 25, Simon isn’t along for the ride.

Why not? Here’s a refresher of why Simon isn’t on Bridgerton anymore: In an Instagram post on April 2, 2021, the official Bridgerton account wrote that we must “bid adieu to Regé-Jean Page, who so triumphantly played the Duke of Hastings.”

Even though the second season of Bridgerton (based on the best-selling novels by Julia Quinn) was always going to focus more on Anthony Bridgerton rather than his now-married sister, the complete absence of Page still came as a surprise to many viewers. After all, at the end of Season 1, Simon and Daphne had just welcomed a child and finally seemed to be in a good place — after their turbulent beginning, it would have been sweet to see them finally be happy together. On her arc, the post noted that “Daphne will remain a devoted wife and sister, helping her brother navigate the upcoming social season and what it has to offer.”

Page responded to the post, calling his time on Bridgerton “an absolute pleasure and a privilege.”

“Joining this family — the connection on and off screen, with our cast, our crew, all the incredible fans, has been like nothing I could have ever imagined,” he continued. “The love is real and will just keep growing.”

Shondaland’s official account also commented, saying that “family is forever.” Of course, Page’s absence doesn’t mean any less drama in the episodes ahead. As Nicola Coughlan (who plays Penelope) tweeted, the first season “was just the tip of the Bridgerton iceberg.”

Fans took to Twitter to express their surprise at the heartbreaking news. And even fellow Bridgerton viewer Kim Kardashian was shocked, commenting, “Wait!!! WHAT????” on the show’s Instagram post.

Page, who will soon be starring in Netflix’s spy thriller The Gray Man, told Variety that he always understood Simon’s story to be a one-season arc from early talks with Shondaland. “I have nothing but excitement for Bridgerton continuing to steam train off and conquer the globe,” he said. “But there is also value in completing these arcs and sticking the landing.”

This article was originally published on April 2, 2021