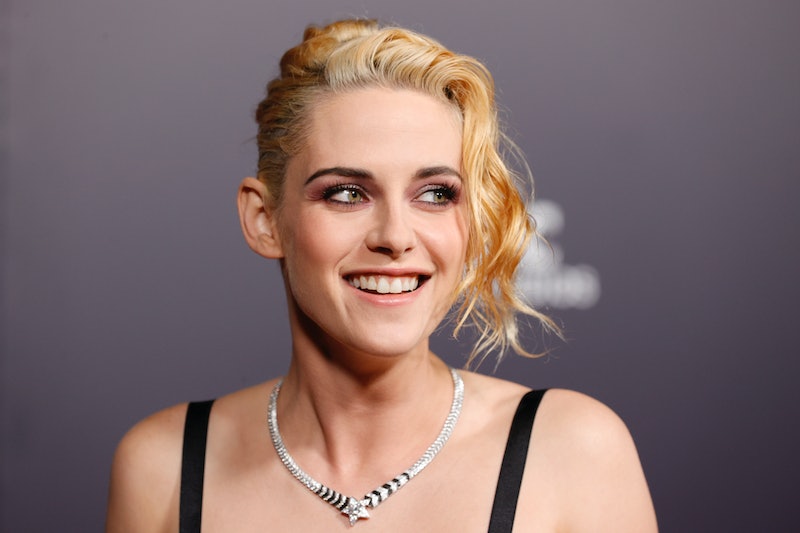 Spencer has only been out for a few weeks, but speculation has already begun about whether or not Kristen Stewart will earn her first Oscar. In the historical drama, Stewart, who plays Princess Diana, decides to end her marriage to Prince Charles and leave the British royal family. The 31-year-old actor has already been recognized for her stellar performance, winning the Palm Springs International Film Festival’s Spotlight Award on Nov. 5, which has often been a precursor to an Oscar nomination. But the Twilight star couldn’t care less.

“I don’t give a sh*t,” Stewart said on Variety’s Awards Circuit Podcast, referring to all of the Oscar buzz. And although she’s received a ton of praise for her portrayal of the People’s Princess, from her wardrobe and accent to her mannerisms, Stewart said that she “would never have expected” to be considered for an Academy Award. “Thanks for setting me up!” she quipped, making it clear that it’s probably not going to happen now that it’s been put out into the universe.

“The Oscars are such a funny thing,” Stewart admitted, explaining that there are loads of films that never get the recognition they deserve. “There are so many incredible movies and performances that barely get seen. It definitely says something about where we’re at as a cumulative presence — what we’re looking at, what we care about. I really appreciate that something that I was involved in, has ignited such a large conversation. We don’t make movies to not connect with each other.”

Stewart finds the Academy Award buzz to be especially meaningful because she poured so much time and energy into making sure she did Princess Diana justice. “I think this movie was absolutely about leaning into the ambiguity of what her life was,” the Happiest Season star told NPR earlier this month. “She was ironically this, like, entirely unknowable woman.” And although Stewart knew that playing the beloved figure would be a challenge, she also knew that she couldn’t turn the opportunity down.

“I was like, ‘You’re not going to say no to this, because who would you be in that case?’ I absolutely would have felt like such a coward,” the actor said in Entertainment Weekly’s October cover story. “I’m not from the U.K., I don’t have any particular investment in the royal family. So I was kind of this really clean slate, and then could absorb her in a way that actually felt very instinctive, you know? ... If people have a lot to say about it not being a perfect impression, that’s so okay with me.”

Not having any previous investment in the royal family wound up working in Stewart’s favor. “I came down these stairs, and I know it sounds so silly and esoteric, but it felt so f*cking spiritual and so spooky, and I was so overwhelmed by the feeling of her,” Stewart said, explaining that tapping into Princess Diana came very naturally. “And I don’t mean like ghosty stuff. I just mean everything she’s made me think and feel, and it all just kind of happened in a moment.”

In her interview with NPR, Stewart revealed that she’s previously been skeptical of biopics, but that this one felt different. “Biopics for me just always seem like such a tease,” she said. “In this case, we kind of examined three days of her life, knowing that people would bring a personal memory or a personal projection to what her story was and kind of fill in the blanks naturally.”