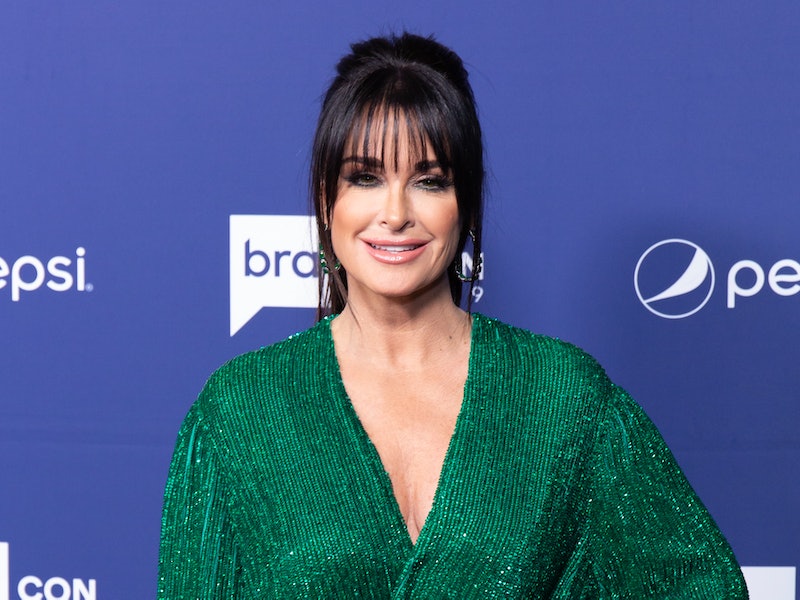 Kyle Richards has an important message for anyone who carries an EpiPen: Make sure it’s with you at all times. On Sunday, July 25, the Real Housewives of Beverly Hills star revealed that she was attacked by bees in her backyard, which led to a panic attack and an emergency visit to the hospital. “So this happened yesterday,” she wrote on her Instagram Stories alongside a photo of her from her hospital bed. “I walked into a hive of bees and was stung multiple times. If you know me at all you know I am allergic to bees and terrified of them.”

Richards followed up her hospital photo with a throwback video of RHOBH’s Lisa Rinna running from a bee and shouting for her EpiPen. But even though she was able to joke about it, the 52-year-old reality star said she was truly panicked. “I can laugh at this video now but what you can’t see is that they were in my hair and were literally chasing me,” she captioned a clip of herself running frantically in her yard and jumping into the pool. “My family wasn’t home and for whatever reason, the people that work for me couldn’t hear me screaming for help.”

Not only was no one around to help, but Richards’ phone wasn’t working and her EpiPen malfunctioned. “My landline wouldn’t dial 911 and my EpiPen was defective and wouldn’t open,” she explained. “I share this story with you because sometimes I don’t bother to take my EpiPen with me. I also don’t know why I couldn’t get mine to work.” Richards then encouraged her followers who do carry EpiPens to make sure they educate themselves on how to use them properly in case of an emergency.

“It’s important to look on YouTube and watch the videos of how to use it,” Richards continued, adding that not all EpiPens function the same way. “There are different types of EpiPens and they each work differently.” She also told her followers that jabbing themselves with an EpiPen simply isn’t enough; they also need to call for help. “Always call 911 even if you are able to use your EpiPen as they have to use other medications to help breathing etc,” she explained.

Richards closed out her bee attack saga by thanking the fire station and the hospital for being so efficient and attentive amid such a terrifying situation. “Thank you @lafdfirestation83 @encinohospitalmedicalcenter for responding so fast and taking such good care of me. Including helping me through my panic attack,” she wrote. “And for repeatedly having to convince me there were no more bees in my hair.”