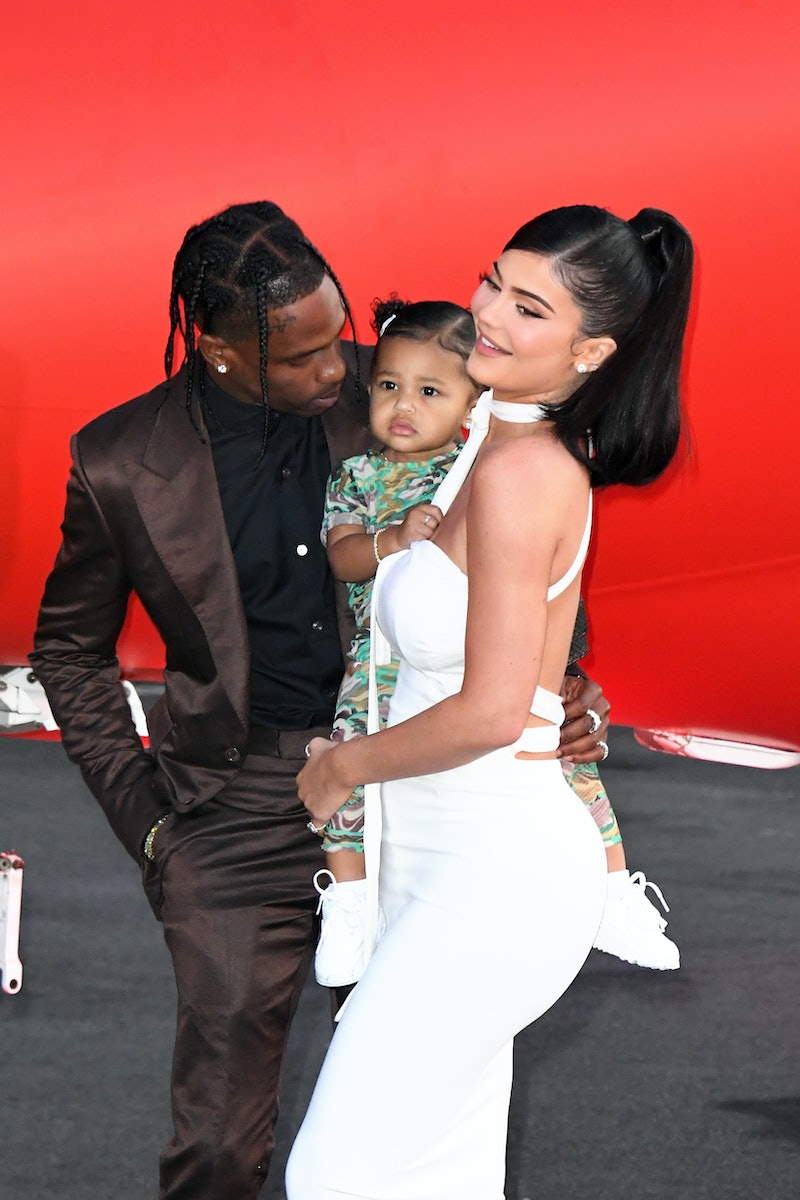 Following a report from Page Six in August, Jenner confirmed the news on Instagram on Sept. 7. She posted a short video with clips of her carrying a pregnancy test to reveal the news to dad Travis Scott, getting an ultrasound, and telling her mom Kris Jenner as well doing a pregnancy photoshoot as daughter Stormi, 3, kissed her belly. “Awwwww,” Kylie’s sister Khloe Kardashian commented, while Kim Kardashian wrote, “Crying!!!!!” and Kendall Jenner shared, “I can’t handle it 😫🥰❤️.”

TikTok theories that the reality star was pregnant almost seemed to be confirmed several weeks ago, when TMZ quoted Caitlyn Jenner saying she that she had another grandchild “in the oven.” The outlet later reported that Caitlyn was referring to her son Burt Jenner and his wife, Valerie, but it wouldn’t be the first time two members of the family were pregnant at the same time.

Other outlets also reported the news — Us Weekly cited multiple sources, including one who said that Jenner “has been trying for almost two years to get pregnant” and “has always wanted another kid close to [her 3-year-old daughter] Stormi’s age.” In Touch and People also pointed to multiple sources confirming the baby news, which, as People noted, is not super surprising to those who have been keeping up with Jenner on social media. In an April Instagram Live, she revealed that she’d like to have “seven kids down the line, but not right now.”

Even if Jenner’s timetable moved up for her second child, the news has been a long time coming for many observant fans. One prevailing TikTok theory revolved around Jenner’s low-key social presence lately — as user carolinecaresalot said on Aug. 11, attendees at the star’s 24th birthday party shared photos of food and scenery, but not of the birthday girl herself.

Carolinecaresalot also pointed out that the photo Kylie posted of herself wearing a green dress with pink acrylic nails did not match the manicure she had in Kim Kardashian’s photo of a birthday toast in which Jenner’s hand is tagged and seems to be sporting lime green tips. The user cited the speculation that Jenner was posting from a collection of pre-snapped photos to avoid giving away her baby bump.

Given the fact that Jenner didn’t officially confirm her first pregnancy until after Stormi was already born — via that iconic “To Our Daughter” video — her decision to wait to share the news makes sense. She explained her choice to keep that part of her life private during the Keeping Up with the Kardashians reunion. “I shared so much of my life. I was also really young when I got pregnant, and it was just a lot for me, personally,” Jenner said during the special, which aired in June. “I didn't know how I would bring that to the public, too. I think it was just something I needed to go through by myself."

This article was originally published on Aug. 20, 2021