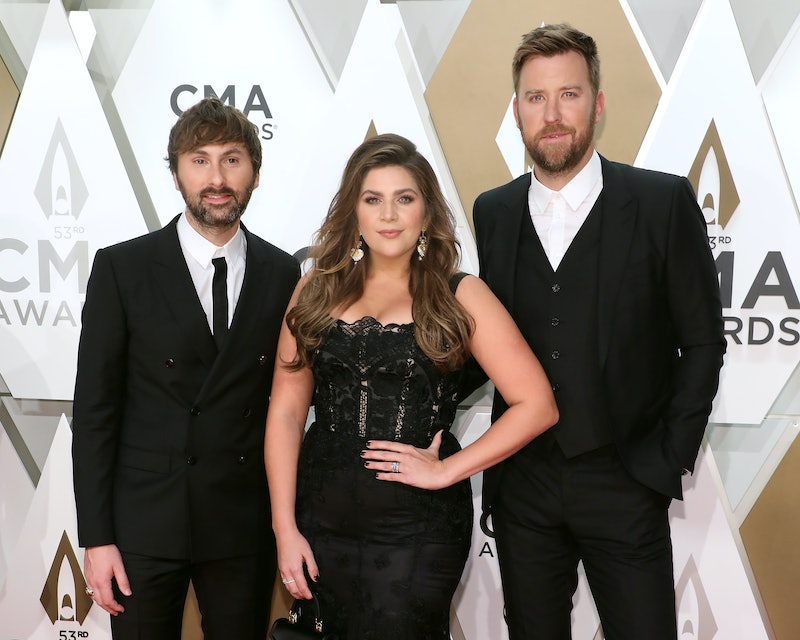 Well, this entire situation has taken an even more unfortunate turn. Lady Antebellum is suing singer Anita White over the use of the "Lady A" name. The country band filed a lawsuit on Wednesday, July 8, to Nashville's U.S. District Court for the Middle District of Tennessee, asking the court to enforce their trademark of the name. White, a successful blues singer, has gone by the name Lady A for almost 20 years, and while the two parties attempted to come to an agreement, it seems discussions have broken down.

"Today we are sad to share that our sincere hope to join together with Anita White in unity and common purpose has ended," the band said in a statement, according to court documents obtained by People. "She and her team have demanded a $10 million payment, so reluctantly we have come to the conclusion that we need to ask a court to affirm our right to continue to use the name Lady A, a trademark we have held for many years."

According to the band, they've been using Lady A since around 2006 and even applied to register Lady A for entertainment purposes in 2010. They also reportedly registered the name later on for musical recordings and clothing — all requests were granted, per their claim. The band's attorneys claimed White "did not oppose" any of the applications and "has not sought to cancel and of the LADY A registrations."

Formerly known as Lady Antebellum, country singers Hillary Scott, Charles Kelley, and Dave Haywood, revealed they were officially changing their name to Lady A on June 11. The announcement came during the height of the protests following the murder of George Floyd. At the time, their statement about their name change read in part: "When we set out together almost 14 years ago, we named our band after the southern 'antebellum' style home where we took our first photos. As musicians, it reminded us of all the music born in the south that influenced us...southern rock, blues, R&B, gospel and of course country. But we are regretful and embarrassed to say that we did not take into account the associations that weigh down this word referring to the period of history before the civil war, which includes slavery."

After their name change announcement, White responded to the band by telling Rolling Stone, "Lady A is my brand, I’ve used it for over 20 years, and I’m proud of what I’ve done." White, a Black woman, continued, "They’re using the name because of a Black Lives Matter incident that, for them, is just a moment in time. If it mattered, it would have mattered to them before. It shouldn’t have taken George Floyd to die for them to realize that their name had a slave reference to it." After the initial dispute, the two parties reportedly attempted to meet and work out some sort of deal.

Not long after, on June 15, White and the country trio had a Zoom call. But, White later told Newsday that after receiving a "draft agreement from the Antebellum camp" she was "not happy" and that, "Their camp is trying to erase me and I'll have more to say tomorrow. Trust is important and I no longer trust them."

People also reported that the band alleges White's new legal counsel "delivered a draft settlement agreement that included an exorbitant monetary demand" over the use of Lady A. They said they aren't seeking money, but just legal permission to use the name.

White has yet to officially comment on the lawsuit, but she did indirectly respond to the band's actions by sharing an Instagram Story she was tagged in of an article about the lawsuit (above). The Instagram user who tagged White wrote, "You finally realize your name is racially problematic so you shorten it, but then sue the black woman that has been using that name for almost 2 decades.... That's some white privilege." And that user isn't alone. Backlash following the band's lawsuit has been swift on social media, with many pointing to the irony of their actions — first wanting to change their name to be more respectful of Black fans, and then suing a Black artist.

White is showing no signs of backing down from the fight. On Wednesday, she tweeted, "No Weapon formed against me shall prosper," along with the hashtag "#TheRealLadyA."