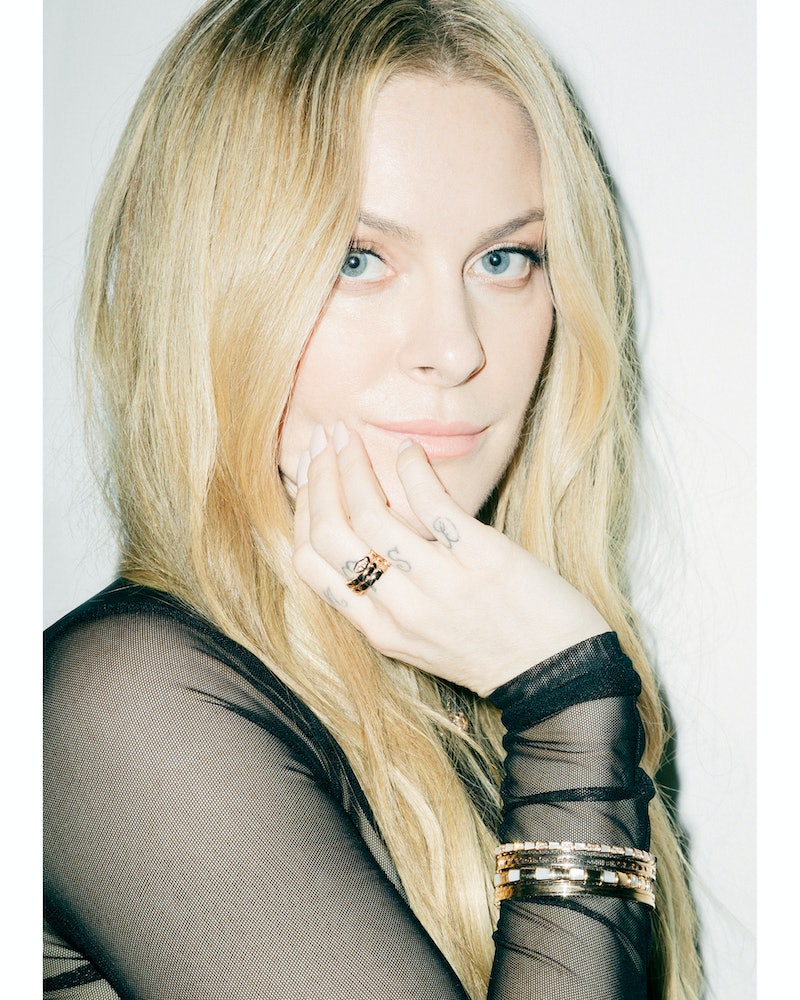 In the Real Housewives of New York City’s Season 13 premiere, Leah McSweeney reveals she’s converting to Judaism. This may come as a surprise to some fans, since Leah has never talked much about religion and admits that she’s more spiritual than anything else. But she tells Bustle that the decision was a long time coming. “For many years I had kind of toyed with the idea, but then I’d be like, ‘I can’t do that, I’m Irish and Italian,’” she explains, adding that the choice was “kind of terrifying” to discuss on the show.

Leah became interested in Judaism while attending Catholic school during her childhood in New York, where she says she had many Jewish friends. “I was just always really fascinated and drawn to the traditions of Judaism and I felt like, to me, they made sense,” she says. “[But] even though it was a calling for many years, it was something I would talk myself out of.”

It was watching the coronavirus pandemic ravage the world and “never knowing when life as we know it can end” that convinced Leah to finally convert. Now, she’s on track to have her mitzvah and formally join the Jewish faith before the High Holidays in September.

That’s not the only thing that the pandemic put into perspective for Leah. She also went into RHONY Season 13 with a renewed outlook on her rollercoaster relationship with Ramona Singer. “We filmed during what I hope is the hardest year that we all have to live through in so many ways, so it was a good and a bad thing,” she says. “I didn’t want to argue over dumb sh*t with her because so much other real sh*t was going on. Do I really care that she thinks that I speak about sex in a vulgar way? I mean, come on. I just stopped caring so much about what she said. I’m not as affected by it or as emotional about her and her views on the way I am.”

In fact, Leah feels that way about all of the women on the show. “Obviously you see me calling everyone a hoe [in the Season 13 trailer]. My point is that [we’re] all hoes,” she says, adding that Ramona is “having way more sex” than her anyway. “I can’t pretend [and] do the nun act that they like to try with me sometimes. We all know what’s good.”

Overall, Leah says she’s “in a state of constant evolving” this season, focusing on being a mom to her 13-year-old daughter Kier (aka “Kiki”), running her two fashion brands, and maintaining her sobriety after deciding to stop drinking again just over a year ago. “I’m capable of so much more when I’m not drinking,” Leah says. “I’m able to be so much more productive, I can be so much more myself. But do I miss going batsh*t crazy and having an excuse to just f*cking lose my sh*t for a night? Yeah, I do. I can’t lie.”