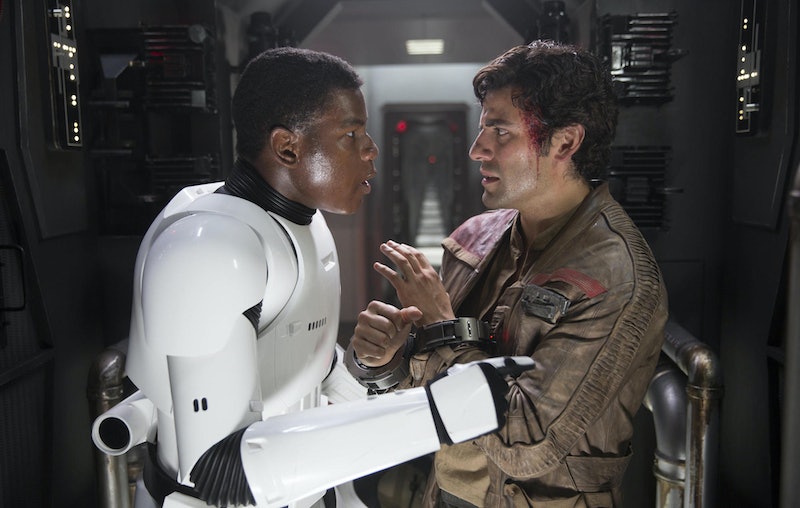 Thanks to the new Lego Star Wars game “The Skywalker Saga,” it looks like rebellious former stormtrooper Finn and his close ‘friend’ Poe Dameron might get their big queer fairytale ending, after all.

Eagle-eyed fans who first spotted sexual tension simmering at the heart of Star Wars: The Last Jedi have been left disappointed so far. Back in 2017, director Rian Johnson hinted that “FinnPoe” — the nickname given to the blossoming romance between John Boyega and Oscar Isaac’s characters, Finn and Poe — was unlikely to come to fruition.

"I think that in these films we have to follow what's gonna make sense for these movies," he said, breaking countless hearts in the process. The Rise of Skywalker director J. J. Abrams also dodged questions around a romance two years later. “That relationship to me is a far deeper one than a romantic one,” he told Variety.

Finally, this looks set to change. Following an intro video that begins the game, Lego Star Wars: The Skywalker Saga shows a looped animation of the game’s main characters hanging out together. It’s hardly subtle, either. Finn quite literally leaps out of the arms of his on-screen love interest Rose Tico to sling a seductive arm around Poe instead, and as reported by Kokatu, a subsequent clip shows Poe giving a cheeky wink to camera.

It’s a welcome development for lightsaber slingers who have been crying out for a queer Star Wars storyline for years. The chemistry between the pair is so obvious that Oscar Isaac, who plays Poe, joined the shippers in 2019, telling IGN that Disney blocked a gay storyline in the sci-fi film franchise.

“I think there could’ve been a very interesting, forward-thinking… not even forward-thinking, just, like, current-thinking love story there, something that hadn’t quite been explored yet – particularly the dynamic between these two men in war that could’ve fallen in love with each other,” he said. “I would try to push it a bit in that direction, but the Disney overlords were not ready to do that.”

Boyega has also backed FinnPoe. “They’ve always had a quite loving and open relationship in which it wouldn’t be too weird if it went beyond it,” he told Variety three years ago.

It’s safe to say that Lego has delivered on the space-aged representation we’ve all been craving.