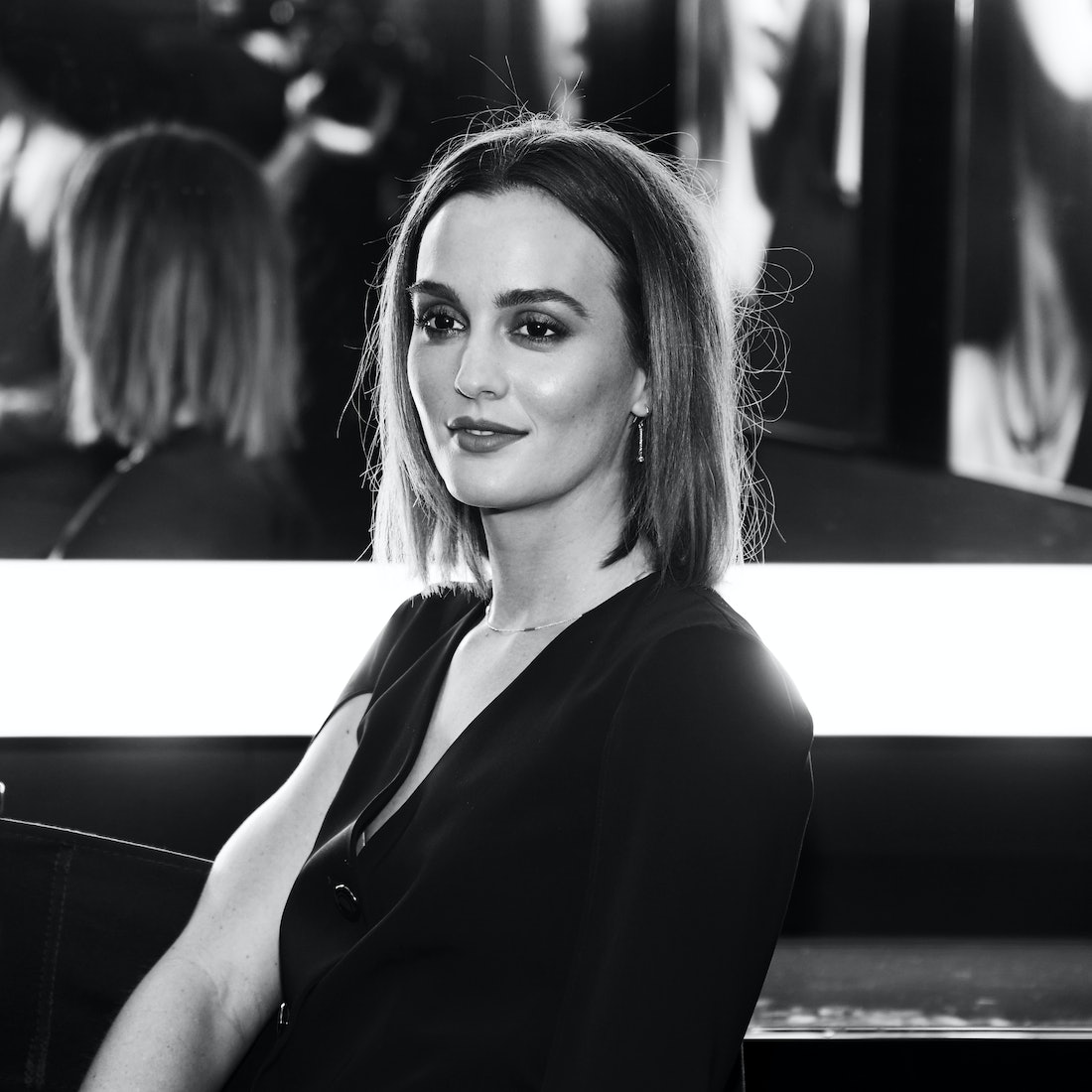 Leighton Meester is out of her teen soap era and into her murder mystery era. The 35-year-old actor stars in Netflix’s new thriller, The Weekend Away, as a woman whose life is upended when her best friend is killed in cold blood. But unlike the scores of viewers who will likely tune into the film for its twisty plot and scenic shots of Split, Croatia, it wasn’t the criminal aspect that got Meester’s heart racing when she read the script. “The breakdown of who [my character] was, was a 35-year-old with a 10-month-old, and that was literally my age and my kid’s age at the time,” the mother of two tells Bustle. “She’s seen her marriage, her body and her friendships, her career, everything has been altered. So, she's navigating that, and what that means.”

It’s a role she can relate to, which she appreciates — perhaps because she hasn’t always had much in common with her onscreen personas. Meester may have made a name for herself playing a teenager on Gossip Girl, but she never had much of an adolescence herself. After getting spotted by an agent at a modeling convention at age 10, Meester left Florida for New York, hoping to build a career. From then on, she was encouraged to grow up as quickly as possible. “To be told that you’re very professional and very adult, those things seem very flattering as a kid, but they're not necessarily what a kid should be focused on,” she says, adding that the auditioning process didn’t do any favors for her young psyche either. “Did it give me thicker skin or did it make me super insecure? Both.”

She quickly landed a steady stream of bit parts on everything from Law and Order to 24 to 7th Heaven to Veronica Mars, her paychecks helping to support herself and her mother. Even when she landed the role as the conniving Blair Waldorf on The CW’s Gossip Girl at 19, adolescent drama like the kind that plagued the Constance Billard student body couldn’t have been further from her reality: “Jimmy doesn’t like me!’ Who cares?,” she told Marie Claire in 2012. “I was worried we didn’t have gas money or food.”

When she filmed the Gossip Girl pilot, she wasn’t even sure it would be picked up. Now, it’s hard to imagine the late-aughts cultural landscape without the show’s crew of spoiled, headband-wearing teens — not least Meester’s Blair Waldorf, the self-proclaimed Queen of the Upper East Side. “I do remember a shift once the show aired [in 2007],” says Meester. “I remember being out with a few of the other cast members at dinner, and the guys had girls who kept on coming up to them and talking to them. I was like, ‘This is so funny. This show, people are watching it. Interesting.’”

People were watching it. With millions of viewers tuning in week to week, Gossip Girl became a phenomenon, as did its young cast. Magazine covers, invites for major fashion shows, and exciting new opportunities all followed. So did scrutiny and tabloid frenzies. For a taste, look to a 2009 Harper’s Bazaar interview, which relishes the scandal of a supposed sex tape — an allegation Meester breezily shrugs off as fake — as an “Oh, no, she didn't” moment. (The same article also features a photoshoot in which Meester is bizarrely “aged up” as a 30-year-old, 40-year-old, and 50-year-old. Culturally, it was a weird time.) She remembers being shocked that fans would show up where they were filming, hoping to meet the cast. Being worshipped in that way “was an interesting, different feeling,” she says.

When the show ended in 2012, the pressure was on for Meester ascend to even greater heights; to land her next iconic role and cement her place on Hollywood’s A-list. It didn’t exactly happen: Though she’s continued working steadily, appearing in movies and TV shows and even releasing an album (2014’s Heartstrings), she hasn’t anchored a major franchise or been the toast of awards season. Her fans, as can be surmised from Twitter replies to Netflix’s trailer for The Weekend Away like, “YASS MOTHER GETTING BOOKED AGAIN,” and “need her to sign a multi-project contract with Netflix IMMEDIATELY,”, decry this as a downright criminal injustice.

Meester, naturally, appreciates her fans. “I felt a lot of love in that way, and I continue to,” she says. But what they aren’t taking into account is what she wants for herself, which isn’t to replicate her Gossip Girl era, when she was working 16 or more hours a day, five days a week — or the years before that, when she fast-tracked her education and did everything she could to build a career. She’s found something better: a balance between her family life and her artistic pursuits.

In 2014, she married fellow ’00s icon Adam Brody. They have two kids: a 6-year-old daughter, Arlo, and a son born in 2020 (the couple has not shared his name publicly). She and Brody go between working on set to spending their days caring for their children in LA, even taking some breaks to go surfing. “I feel like I’m incredibly lucky to be in the position where I've gotten to work, but then take plenty of time off and be there with my children,” Meester says. “It’s become obvious to me that that's the most important job that I can have. That love is a never-ending well.”

Her side gig, then, is acting — and music, an interest she’s recently returned to. She plans to release a sophomore album soon, which she’s been working on since 2019, though she’s deliberately mum on the details. And aside from a recurring arc on Hulu’s How I Met Your Father and The Weekend Away, it’s not clear when we’ll next see Meester onscreen. But she’ll let us know when she’s ready — and her fans will be waiting.