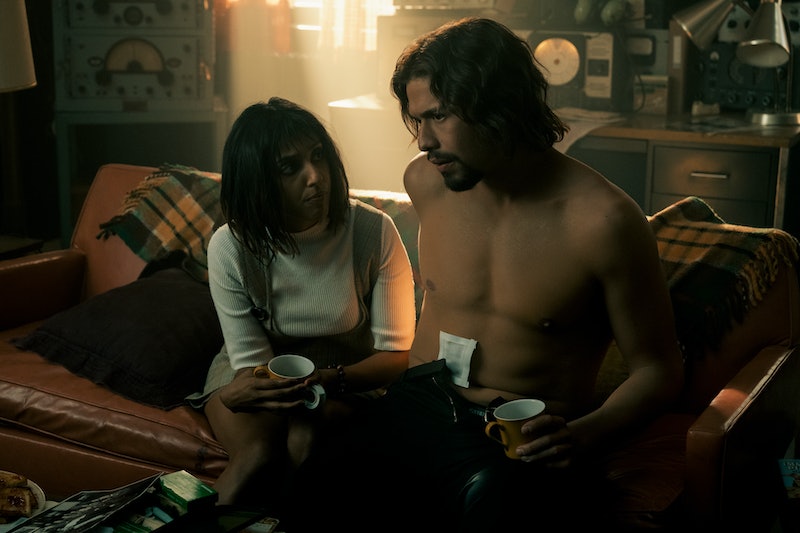 A character much more complex than she's initially presented as, Lila isn't in the Umbrella Academy comics but is instead a creation unique to the show. This is because Season 1 heavily incorporated aspects from the first two volumes of the comic series, Apocalypse Suite and Dallas, meaning the only book left to pull from was Hotel Oblivion — and that's about an interdimensional hotel. Season 2 had to take significant liberties, and nowhere is that more clear than with the introduction of Lila.

Quirky and headstrong, Lila was orphaned from a young age. At first, she appears to simply be Diego's new love interest following the death of Detective Patch in Season 1. But by Episode 3, it's revealed that Lila is more connected to the Umbrella Academy than she let on: she's The Handler's adopted daughter, and has been trained from a young age to be a formidable assassin.

This sets Lila up to be the new antagonist, but as the season progresses, it's clear that's not an accurate description. She's just as tormented and cynical as the rest of the Hargreeves siblings, and her morality is more gray than black and white. Though The Handler gives her different orders throughout Season 2, you see Lila's conscience pull her between obeying her mother and protecting Diego, the man she's falling for. In some ways, her story mirrors Hazel's romance with the waitress Agnes, similarly pitting her against her own mom and her all-consuming need for power.

By the end of the season, we learn why Lila gravitates more towards the Umbrella Academy than The Handler. In a final battle to protect Sissy's son Harlan, Lila reveals she has the ability to mirror the sibling's powers. She's not just an orphaned assassin; she's one of the 43 children born on Oct. 1, 1989.

Five tells Lila that he did indeed kill her parents for a job, but it was The Handler who faked the kill order. Because Lila had powers, The Handler wanted to acquire her for the same reason she wants to control Harlan. "You're one of us," Diego tells her. "The Handler stole you, just like our asshole father took all of us...she's using you Lila."

In one of the more emotional moments of the season, Luther and Diego tell Lila that The Handler never really loved her, because "love shouldn't have to hurt this much." Diego explains that they could all be a family together, if she just lets it happen. But before Lila can respond, The Handler guns them all down. It's only through a small time reversal that Five is able to undo their deaths. The Handler is killed, but before they can talk to Lila again, she disappears.

It's a major cliffhanger to end on, but the fact that Lila grabbed a Commission briefcase means she can show up at any time in a future season. Her existence, along with The Sparrow Academy, also means we're likely be seeing a lot more of the 36 remaining children going forward. It's still unclear if the rest of these children will be allies or enemies, but as Lila told The Handler about the Umbrella Academy before she disappeared, "They're my real family."