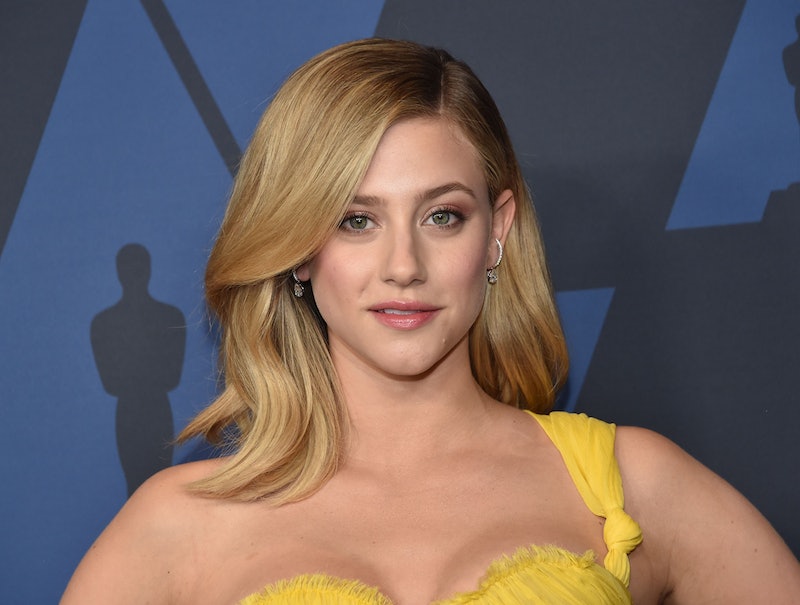 The killings of George Floyd, Breonna Taylor, and countless Black people at the hands of police officers have caused a long overdue reckoning for racial justice across the country, and many celebrities have taken steps to be more involved, using their privilege and platform to help promote the Black Lives Matter movement. Lili Reinhart spoke on her white privilege and why she decided to get more involved in a new interview with NYLON, published on Wednesday, Sept. 2. And she made one thing clear: she's ready to learn, listen, and take ownership of her mistakes.

Ever since the re-emergence of BLM, Reinhart has been hosting open conversations on Instagram Live with Black writers and activists, including Riverdale co-star Asha Bromfield, which she says helped her assess her own white privilege. "I really wanted to learn," she said, explaining why she chose to start her conversation series in the first place. "As a white woman, I didn't know jack shit about racism. I don't know what it's like to be racially profiled. I don't know what it's like to fear for my life walking past a police officer." She continued, saying, "Racism is something that people feel in the womb. That's something that just inherently I have never experienced.”

Since having these talks, Reinhart said that she's become much better at taking responsibility for her mistakes, including when she apologized for attempting to raise awareness about Breonna Taylor's killing using a sideboob image to grab people's attention. “I made a mistake with my caption," she wrote on Twitter on June 29, after removing the post from her Instagram. "It was never my intent to insult anyone and I’m truly sorry to those that were offended."

After that experience, the actor said she's much more open about how she's still learning, and isn't as fearful or hesitant to admit when she makes a mistake. "I did say the wrong thing a couple times [on Instagram Live]," she said. "I'm a stubborn person. I used to have a very hard time apologizing, very hard. I still sometimes do, but now I definitely can own up to my sh*t. If I did something wrong, I don't have a problem apologizing for it."

More like this
Jennifer Coolidge's Reaction To The Emmys Cutting Her Speech Off Is Comedy Gold
By Jake Viswanath
Self Esteem's “F*cking Wizardry” Is An Anthem About Knowing Your Worth
By El Hunt
'Grey's Anatomy's New Intern Got Advice From Dr. Bailey Herself
By Grace Wehniainen
Paul Mescal, Man Of Mystery
By Samantha Leach and Heather Hazzan
Get Even More From Bustle — Sign Up For The Newsletter