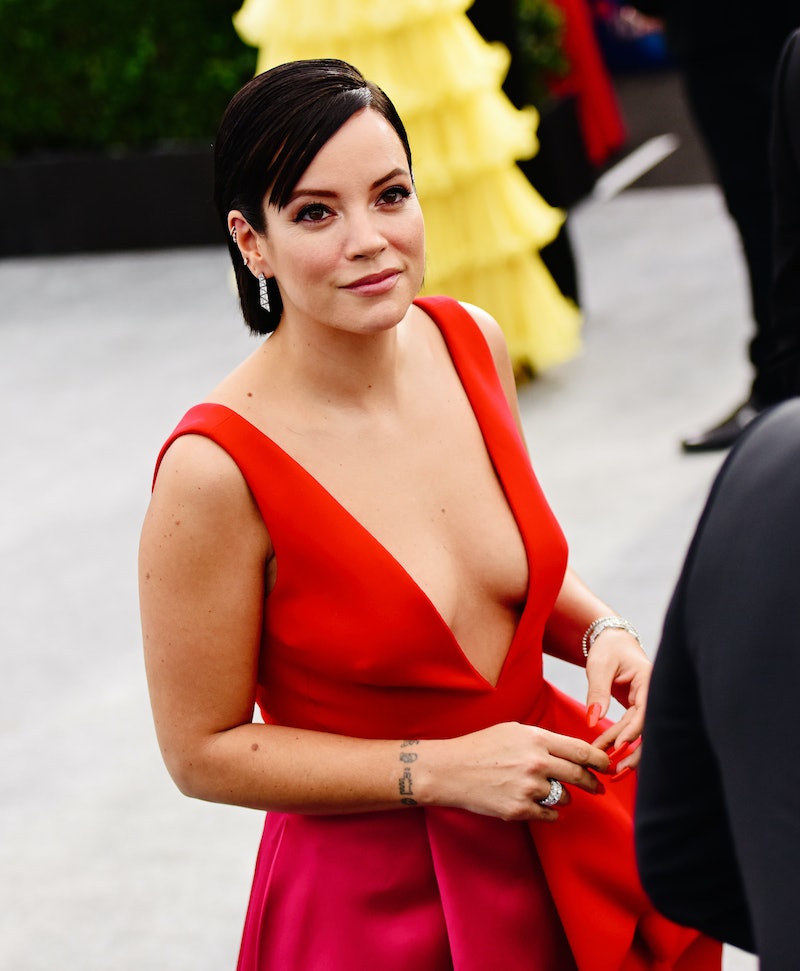 In a candid new interview, Lily Allen revealed she was addicted to prescription speed in a bid to lose weight while supporting Miley Cyrus on the US Bangerz tour in 2014.

Speaking to DJ Fat Tony on The Recovery podcast, the singer shared how she was forced to go back on the road after she had run out of money following the birth of her children. Allen says taking part in the "highly sexualised" tour led to a reliance on the prescription drug Adderall.

"I was like 14 stone and just did not feel like a pop star at all so I started taking this drug called Adderall, which is like speed, to lose the weight, and I got addicted to this drug because it made me invincible and I could work really long hours and be all the people I was required to be," she said.

"And then I ended up on tour in America supporting Miley Cyrus. It was when she was doing Wrecking Ball and the Bangerz tour and it was a highly sexualised tour.

"I had just spent the last three years pushing babies out. It couldn’t have been less what I felt like," she explained.

"I was supporting this girl who was much younger and more attractive than I felt and I just started acting out in all manner of ways," she explained.

In the frank episode, Allen shared how, during her lowest points, her addiction led her to consider heroin.

"I started cheating on my husband [Sam Cooper] and I had always really drunk alcohol to take the edge off of the drugs, and then I realised I was getting up in the morning and downing those mini bottles of vodka or whisky or whatever was left, without the drugs any more," she shared.

"I was thinking, 'I think I have got a drinking problem.' I remember being in LA and thinking, 'None of this acting out is working anymore. Maybe I should try heroin,'" she said.

Allen, 35, has admitted to having difficulties with drug use and alcoholism in the past (including in her autobiography, My Thoughts Exactly) and has previously been open about her journey to sobriety.

On The Recovery she confirmed she is sober and is committed to the "process of breaking that cycle" and is in a "really happy and healthy relationship" with her children and new husband. Last year, the singer secretly wed Stranger Things actor David Harbour in Las Vegas , who has been sober 20 years.

More like this
TV Schedules Undergo Major Changes For The Queen's Funeral
By Sam Ramsden
Bimini, Tia Kofi & More React To Cherry Valentine’s Death
By Catharina Cheung
Here’s Everything You Need To Know About Operation London Bridge
By Bustle UK
Oprah Winfrey Revealed Her Hopes For Prince Harry & The Royal Family
By Maxine Harrison
Get The Very Best Of Bustle/UK