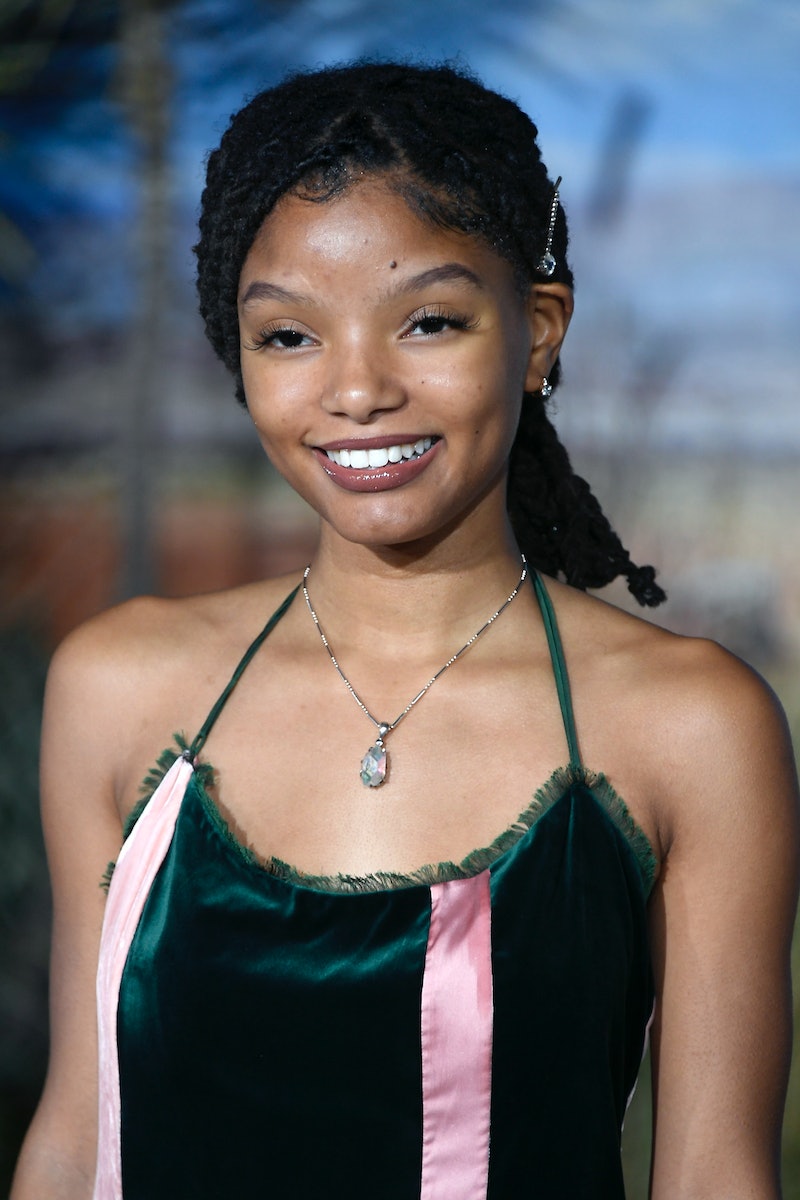 The upcoming live action adaptation of The Little Mermaid will have whosits and whatsits galore — and one "incredible" leading lady, according to the film's creative team. During a recent interview with Entertainment Tonight, composer Lin-Manuel Miranda said Halle Bailey will be "incredible" as Ariel in Disney's live action Little Mermaid movie. The Hamilton composer teamed up with Alan Menken — who wrote the music for the 1989 animated classic — to write four new songs for the new film, and he's most excited for the world to see Bailey take on the role as the iconic mermaid princess.

"Halle Bailey is going to be such an incredible Ariel," Miranda told ET. "And getting to write music for these characters that are probably the reason I started writing musicals in the first place, it was actually easier than I thought." Though he admitted that he was "intimidated" by the prospect of working with Menken on new songs, Miranda described the experience of making the movie as a "joy." He explained, "The hardest part was my own intimidation working with Alan Menken and that was entirely self-imposed. But when it came to how these characters speak and what they say, I've known that all my life."

Bailey — who is best known for a supporting role on Grown-ish and for being one half of the R&B group, Chloe X Halle — was cast as Ariel in the live action Little Mermaid back in July 2019. She described the casting as a "dream come true" in an Instagram post, while director Rob Marshall praised her for having "that rare combination of spirit, heart, youth, innocence, and substance — plus a glorious singing voice" in an official statement.

Unfortunately, not everyone was as excited to see Bailey take on the role of Ariel as Marshall and Miranda, as the actor and singer dealt with racist backlash from fans who claimed that she couldn't play the mermaid because she's Black. Still, Bailey told Variety in August 2019 that she wasn't going to let the negative comments stand in the way of her playing her dream role. "I feel like I'm dreaming and I'm just grateful and I don't pay attention to the negativity," she said at the time. "I just feel like this role was something bigger than me and greater and it's going to be beautiful," Bailey said. "I'm just so excited to be a part of it."

Of course, due to the ongoing coronavirus pandemic, it's unclear when fans will get to see Bailey as Ariel onscreen for the first time. In April, the Grown-ish star told ET that production on the live action film had been postponed, just as she arrived in London to begin filming. "Just like everybody else, the whole world is put on pause," she explained at the time.

"I was in London since the beginning of the year, about to start filming and of course, this pandemic has caused everybody to kind of slow down," Bailey continued. "I'm just so very excited for when we start back again. It's really coming together. I just feel honored every day to even think about or talk about it. I'm like, 'What the heck! It's really happening!'"

More like this
'The Queen’s Gambit' Season 2 Tweet Wasn’t From Anya Taylor-Joy
By Mary Kate McGrath, Jack Irvin and Grace Wehniainen
The 'Scream 6' Trailer Shows Off Hayden Panettiere's Return & Ghostface In NYC
By Jack Irvin and Jake Viswanath
Netflix Shut Down 'Bridgerton' S3 Rumours About A “Very Dark” Storyline
By Bustle
Anne Hathaway Shared A "Thrilling" 'Princess Diaries 3' Update
By Darshita Goyal
Get Even More From Bustle — Sign Up For The Newsletter
From hair trends to relationship advice, our daily newsletter has everything you need to sound like a person who’s on TikTok, even if you aren’t.