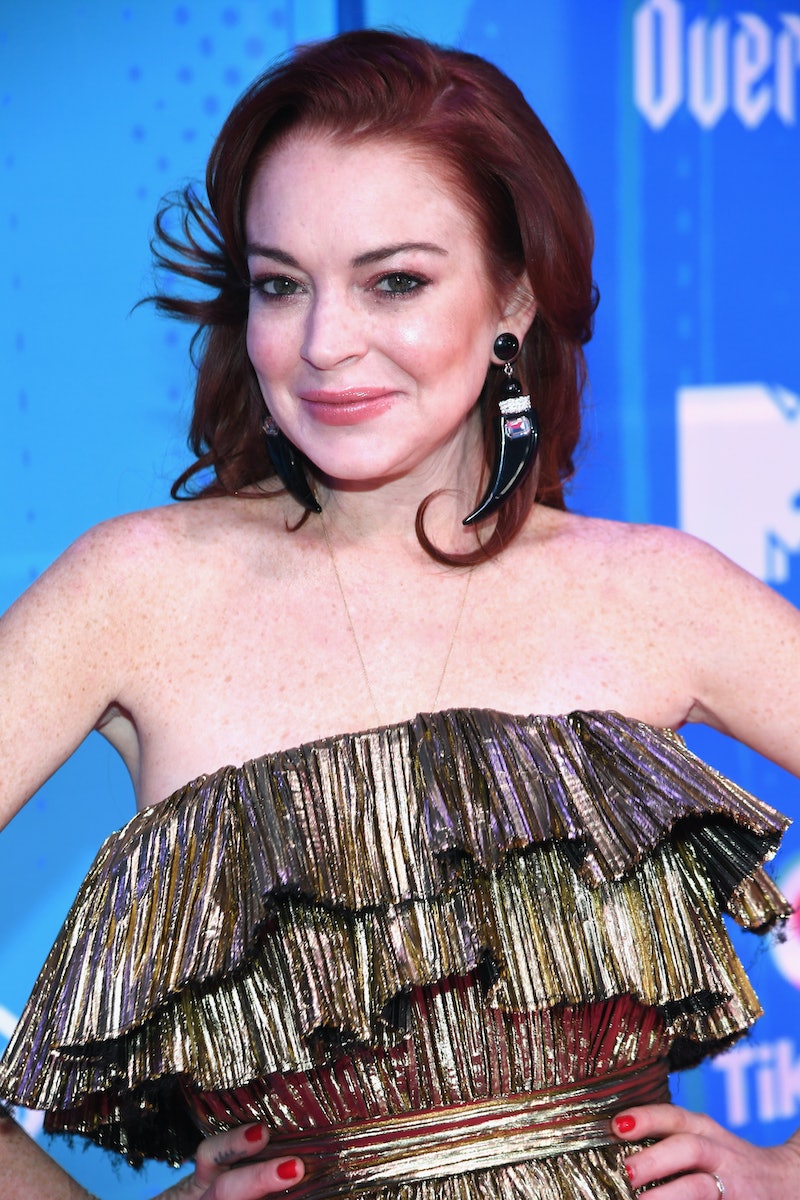 Lindsay Lohan has finally joined TikTok, and she’s already causing a stir. In her first video on the social media platform, the former child star, beloved for her roles in Mean Girls and The Parent Trap, introduced herself by saying, “'Hey, everyone. It's Lindsay Lohan, and guess what? Now I'm on TikTok.” A fairly standard message, except for the fact that Lohan pronounced her surname very differently to how we’ve all been saying it this entire time.

In the 5-second video, Lohan pronounces her surname as “Low-en” rather than “Loh-an”, which is how many have been pronouncing her name. I mean, who knew?

Lohan’s first TikTok, posted on Feb. 8, has already racked up nearly two million views, and her account has nearly half a million followers. As well as her introductory video, Lohan has also posted clips of her Superbowl advert for Planet Fitness and a clip of herself recreating an iconic scene from The Parent Trap, over 20 years after she starred as Hallie and Annie Parker in the 1998 comedy. Her recreation of the memorable line “Yes, you want to know the difference between us? I have class and you don’t,” has already garnered over 12 million views on the platform.

And it won’t be long until we see the Mean Girls star back on the big screen, as she will be leading Netflix’s Falling For Christmas set to be released later this year.

According to the Netflix synopsis, the much-anticipated Christmas rom-com will follow a spoiled heiress (Lindsay Lohan), suffering from amnesia after a skiing accident, who finds herself in the care of a lodge owner (played by Glee’s Chord Overstreet) and his daughter. Sounds like an ideal festive watch, if you ask us.