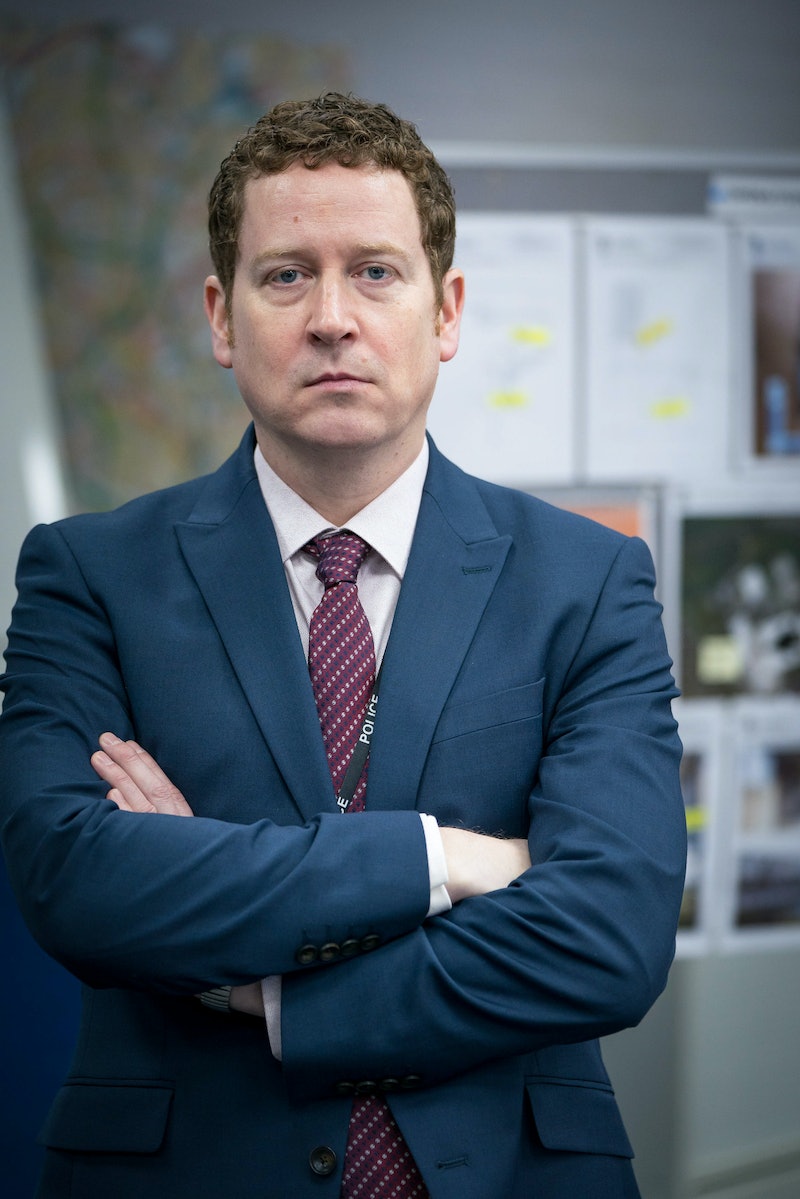 On May 2 an average of 12.8 million people tuned in to the final episode of BBC One’s Line of Duty, according to the BBC. It was a record for the show, which has had viewers on the edge of their seats for weeks, and the most watched episode of any drama since modern records began in 2002 (excluding soaps.) Fans were left shook as it was revealed that H was none other than incompetent cop Ian Buckells. Actor Nigel Boyle has spoken about the moment he learned he’d be at the centre of the drama in series six.

After the finale aired, Boyle appeared on ITV’s This Morning sofa with Phillip Schofield and Rochelle Humes. He told them, “I received so many messages once friends and family learned I was H. I can't believe the response."

Clues littered series six, but it seems many viewers didn’t see the reveal coming – and neither did the actors when they first got the scripts. "No one knew who was H for a long time. We got half the scripts just before Christmas 2019. It's all kept very ambiguous,” Boyle explained.

“Just before resuming filming after lockdown, [creator] Jed Mercurio asked me if I was free for a chat,” he continued. “He said the rest of the script is going to be released today, but you're going to be revealed as someone quite significant. We resumed shooting at the end of August 2020." Boyle said he was completely blown away by the reaction to the series finale. Due to the nature of the big reveal, his wife was the only person he had told about his character arc.

Following the show’s airing on Sunday, Jed Mercurio tweeted: “We're honoured and flattered by the viewing figures for #LineofDuty6. We knew attempting to explore the real nature of corruption in our society wouldn't appeal to everyone, but we do sincerely thank you all for watching. It's been our privilege to share your Sunday nights.”

Boyle’s fellow cast member, Martin Compston aka DI Steve Arnott, revealed that some of the Line of Duty cast may be marking the season finale in a more permanent way. In a statement he wrote: “Myself, Vicky, Adrian, and Jed made an agreement in the inconceivable and ridiculous scenario we ever got 12 million viewers we would get ‘AC12million’ tattoos.” I guess we’ll have to watch this space to see who is the most dedicated member of AC-12.

More like this
Con O'Neill Was Connected With Sarah Lancashire Long Before 'Happy Valley'
By El Hunt
'Bridgerton' S3 Will Show A *Very* Different Side To Kanthony
By Sam Ramsden
Turns Out George Clooney Is A Huge Fan Of This Classic British Game Show
By El Hunt
Claire Foy Spoke Out About 'The Crown's Gender Pay Gap
By Sam Ramsden
Get The Very Best Of Bustle/UK
Sign up for Bustle UK's twice-weekly newsletter, featuring the latest must-watch TV, moving personal stories, and expert advice on the hottest viral buys.