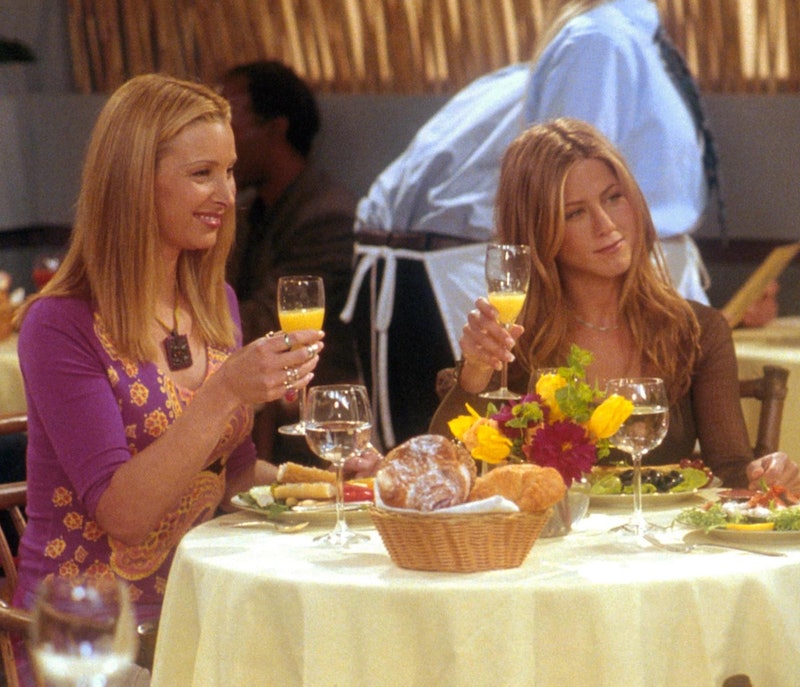 With the much-delayed Friends Reunion edging ever closer (May 27) the nostalgia has been strong, and the cast has been reflecting on their time on the hit ‘90s sitcom. Ahead of its release, Lisa Kudrow, who famously played Phoebe Bouffay, revealed her son mistakenly thought Jennifer Aniston was his mother during their time on the show. And, could the memory be any cuter?

In a recent interview with Conan O'Brien, the beloved actor said that her son, Julien, was infatuated with her co-star Aniston back when he was a kid: “He got a little confused. I know that he really was obsessed with Jen,” Kudrow said. “He’d fly into her lap. Well, she’s a love bug, and that made sense. And I was always glad for anyone that Julien felt love for and felt from. But then at home, she’d be on TV, and he’d go, ‘Mommy!’”

“I'm kind of analytical so I'm like, 'Is this wishful thinking? Do they have some kind of higher soul connection that I don't have with him?' I'm happy for both of them," she joked.

Kudrow was pregnant with Julien during Friends’ famous surrogacy storyline — you know, the one where Phoebe committed to carrying her brother’s triplets.

Now 23, it seems Julien isn’t as obsessed with the show as the rest of us. “I know he hasn’t seen every episode,” Kudrow shared. “I know for a while, in school, people were watching it. And he kind of felt like he had to, so that he can participate in what everyone else was watching. And he did really think that everybody else was very funny on the show.”

"But he was able to come to the reunion...and afterward, he came up to me and he said, 'Can I say that I'm really proud of you?' That was one of the very emotional things that happened to me," she gushed.

Amid the show’s 25th anniversary, Lisa Kudrow has reunited with Jennifer Aniston, Matt Le Blanc, Matthew Perry, and David Schwimmer for the Friends Reunion Special, which will take place on May 27, on HBO Max. In addition to the core six Friends friends, the reunion special will feature a slew of famous faces, including supporting actors from the show’s 10-season tenure.

Also reflecting on the show’s past and present, Courtney Cox shared details about the “unbelievable” reunion special.

Speaking to Ellen DeGeneres on May 6, Courteney Cox spoke briefly about what filming the reunion was like after it was postponed not once, but twice due to the pandemic.

“It was unbelievable,” Cox told DeGeneres of reconnecting with the cast on the show’s original set. “It was so emotional. It’s an unscripted reunion, but we got to be on Stage 24 for the first time, all of us in, like, I forgot how many years. 15 years? 17 years?” We can safely say we are all waiting with bated breath.