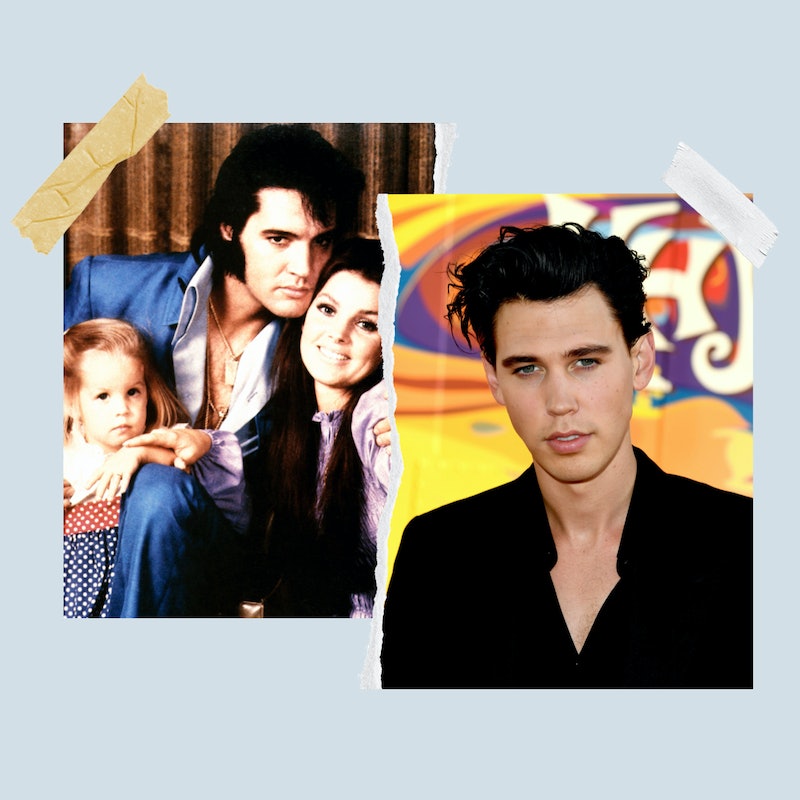 If you were wondering what Elvis Presley’s family thinks about the upcoming Baz Luhrmann biopic, Elvis, you’re in luck — they haven’t been shy about their support for the project. Earlier this May, Priscilla Presley walked the Met Gala red carpet with Austin Butler, the man who’s playing her late husband in the film. And now, two weeks later, Lisa Marie Presley is sharing her own praise for the film about her father.

Though it’s been a while since the singer has been on Twitter — “there really isn’t much to say,” she explained, as she’s been mourning the 2020 loss of her son, Benjamin Keough — she made a rare visit to the social media platform to talk about Elvis, which she said she’s already seen twice. “Let me tell you that it is nothing short of spectacular,” Presley wrote in a May 14 thread. “Absolutely exquisite. Austin Butler channeled and embodied my father’s heart & soul beautifully.”

Presley added that Butler’s take on her father (who died in 1977, when she was 9 years old) was “done accurately and respectfully,” joking that she’ll eat her foot if Butler doesn’t bring home an Oscar. “You can feel and witness Baz’s pure love, care, and respect for my father throughout this beautiful film, and it is finally something that myself and my children and their children can be proud of forever,” she continued.

On showing the film to her daughters — the actor Riley Keough and twins Harper and Finley Lockwood — Presley said they were all “visibly overwhelmed in the best way possible way,” and noted that her son “would have absolutely loved” to see the film, which premieres June 24.

Presley ended her thread with a personal note to Luhrmann, thanking him “for setting the record straight in such a deeply profound and artistic way.”

Of course, the support of those close to a biopic’s subject doesn’t necessarily confer quality — one of the common criticisms raised against Bohemian Rhapsody, for example, was that Queen was too close to the project. But that may not be the case with Elvis. In April, the Daily Express reported that Priscilla “was not directly involved” with the film — and that last year, at Graceland, she said she “[didn’t] know anything about what’s going on” with the script. “Baz can be… y’know he kind of goes off-beat a bit,” she said. “So I don’t know what he’s planning on doing. I just don’t know what direction he’s going to take it in.” (Judging by her Met Gala date and personal praise for the film, it looks like the direction was a good one.)

Elvis follows the “Burning Love” singer “through the prism of his complicated relationship with his enigmatic manager, Colonel Tom Parker,” played by Tom Hanks, per the Warner Bros. synopsis. It takes place over the course of two decades — “from Presley’s rise to fame to his unprecedented stardom, against the backdrop of the evolving cultural landscape and loss of innocence in America.”

More like this
Taylor Swift's “Carolina” Theme For 'Where The Crawdads Sing' Soundtrack Is Here
By Jake Viswanath
Photos Of The 'Elvis' Cast vs. Their IRL Counterparts Will Have You All Shook Up
By Grace Wehniainen
What Is Elvis Presley’s Net Worth? How The King Earned & Spent His Fortune
By Grace Wehniainen
The Best Memes & Tweets About Lady Gaga Reportedly Joining 'The Joker' Sequel
By Grace Wehniainen
Get Even More From Bustle — Sign Up For The Newsletter