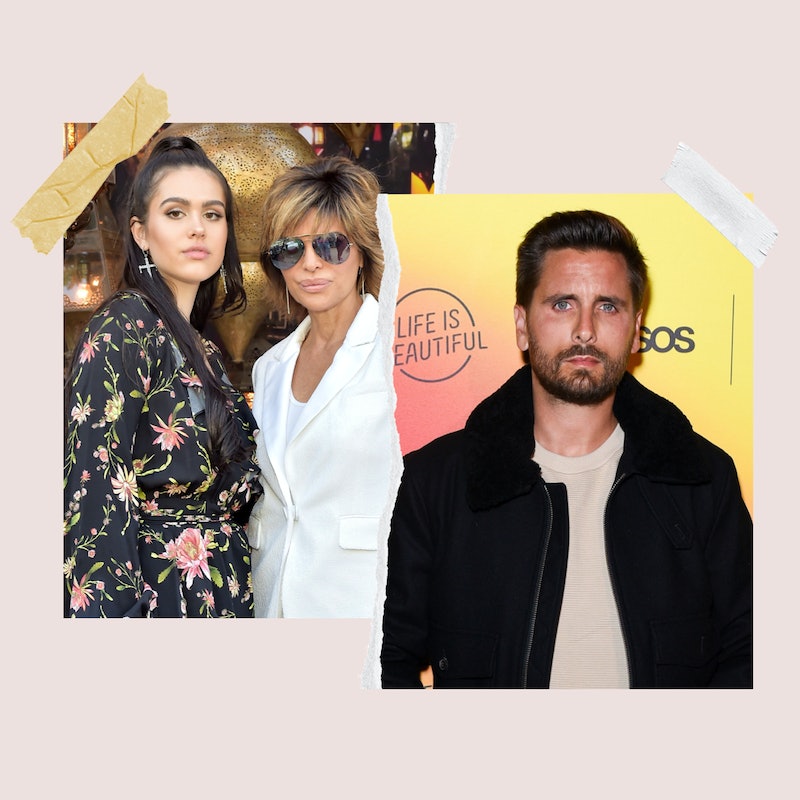 It’s no secret that Amelia Hamlin is dating reality star Scott Disick, but mom Lisa Rinna really wishes he were someone else. On the Aug. 25 episode of The Real Housewives of Beverly Hills, Rinna revealed how she really feels about her 20-year-old daughter dating the 38-year-old Keeping Up With the Kardashians star. And while she and husband Harry Hamlin are still trying to get used to the idea, the 58-year-old Bravo star made it clear that she would much rather the model date — wait for it — Harry Styles.

“Why can’t it be Harry Styles?” Rinna desperately asked the camera during this week’s episode of the hit reality show. “Why the f*ck is it Scott Disick?” The RHOBH star didn’t say much else about her daughter’s relationship, but she hinted that she isn’t the biggest fan on an episode of Watch What Happens Live earlier this month. “Listen, I will say this. Amelia’s very happy right now. And you really want your kids to be happy. So Harry and I are very thrilled that she is happy,” she told host Andy Cohen.

Scott and Amelia have reportedly been dating for quite some time now. Rumors first started swirling that they were an item last October when they were spotted at Kendall Jenner’s Halloween party together. A few weeks later, Page Six reported that they went out to dinner in Malibu. By mid-November, their relationship was all but confirmed when TMZ published photos of them walking on the beach in Santa Monica. In one of the photos, Disick’s arm was around the model; in another, Hamlin was holding his hand.

That same month, a source told E! News that Hamlin’s parents were under the impression that her relationship with the KUWTK star was “just a phase.” However, the duo added fuel to the relationship rumors in December when TMZ reported that they toured some massive estates in Los Angeles together. Later that month, they reportedly celebrated the new year in Mexico with friends. “Amelia is easygoing and gets along with Scott’s friends, so they’re able to just kick back and have a good time,” a source told Entertainment Tonight on Jan. 5. “Amelia has also been loving the attention she’s been getting from hanging with Scott.”

While it’s clear that Lisa Rinna and Harry Hamlin aren’t quite sold on Amelia’s relationship with the Talentless founder, the same cannot be said of their other daughter’s relationship. Model Delilah Hamlin has been dating Love Island’s Eyal Booker for two years now, and on the most recent episode of RHOBH, Rinna confirmed that the couple has their blessing. “Harry’s made it quite clear that he would not object if Delilah and Eyal got married, which is pretty shocking, but that says a lot,” she said, adding that she “can’t say the same for Amelia at this point now.”