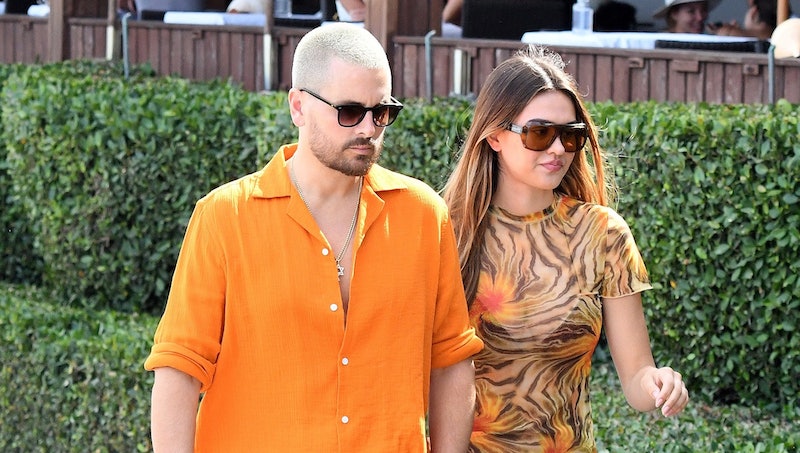 Keeping Up with the Kardashians may be coming to an end, but that doesn’t necessarily mean Scott Disick is leaving reality TV. He’s currently dating Lisa Rinna’s daughter Amelia Hamlin, which could mean he’ll make an appearance in the upcoming 11th season of The Real Housewives of Beverly Hills.

Scott and Amelia have been linked since fall 2020. According to Page Six, they were reportedly seen together at Kendall Jenner's controversial Halloween-themed birthday party on Oct. 31, and were later spotted eating dinner together in Malibu on Nov. 7. On Valentine’s Day 2021, they made things Instagram official by posting date night photos.

That timeline overlapped with when Real Housewives of Beverly Hills was in production. Amelia has been featured on the show in the past, so it stands to reason that her new — and contentious — relationship could be highlighted. Scott, for his part, has made clear that he doesn’t love the idea that KUWTK is ending and seems open to a new opportunity. “My fear of everything stopping is scary to me,” he said on KUWTK.

Scott also previously spoke about how quarantine was difficult for him because there were such vast stretches of time that he didn’t have anything to do. “I don’t know, this whole COVID staying in, no structure, it just like doesn't work for me,” he said in 2020. “It’s like making me feel like I just can’t handle staying home, not working.” Being on RHOBH could be exactly the new outlet he needs.

That being said, it may have been too early in Scott and Amelia’s relationship for him to go on the show this season; when Scott was dating Sofia Richie, for example, it took some time before she appeared on KUWTK.

Whatever the case, expect Scott and Amelia to be a point of contention on RHOBH. Though Amelia only calls Scott her “friend” in the Season 11 trailer, when she tells her mom that she’s going to hang out with him, Kyle Richards laments that he isn’t a good fit for the 19-year-old. “He’s too damn old,” Kyle says, referencing the fact that Scott is 37. “And he's got three kids!” Lisa responds, “I know!” (Scott does have a habit of dating younger women: Sofia was also 19 when she and Scott started seeing each other).

The RHOBH trailer isn’t the only time Lisa has commented on the relationship between her daughter and Scott. In early April, she Instagrammed a paparazzi photo of Scott and Amelia on the beach and captioned it, “Welp, we both seem to share a love of bucket hats.” Scott was wearing a bucket hat in the paparazzi photo, so Lisa also added an Instagram story that featured side-by-side photos of her and Scott wearing the style of hat.

Suffice to say that if Scott does show up on RHOBH, he won’t necessarily be welcomed warmly.