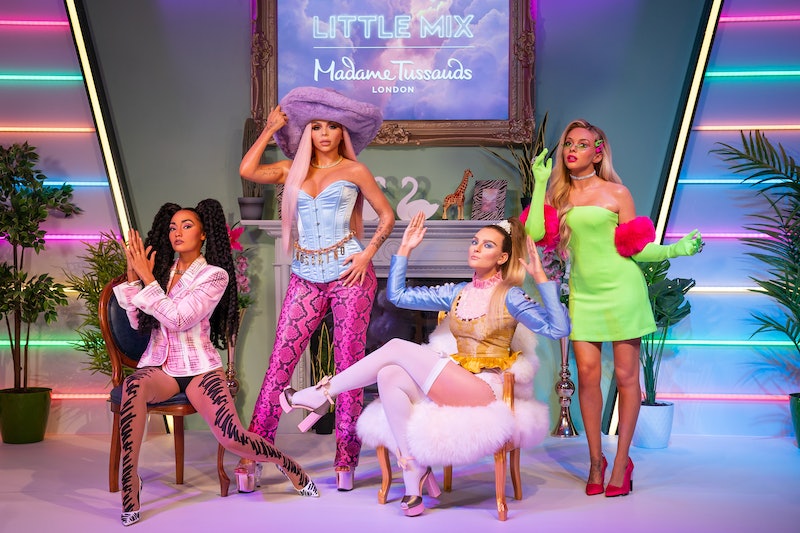 On July 29, Madame Tussauds unveiled the newest waxworks to be featured in their London location: Little Mix bandmates Leigh-Anne Pinnock, Jesy Nelson, Perrie Edwards, and Jade Thirlwall. The waxworks show the girl group posing in front of a fireplace in a scene recreated from their 2019 music video “Bounce Back”.

The decision to includeNelson – who left the band in December 2020 – immediately got fans talking, especially when current bandmate Pinnock cropped her out of an Instagram story about the new waxworks.

Pinnock posted a snap of her model with the caption “Well it’s about time @MadameTussauds.” followed by the waxworks of her bandmates Perrie Edwards and Jade Thirlwall, cutting Nelson out of the frame. Fans quickly came to Pinnock’s defence on social media, saying it was most likely out of respect for Nelson.

“Leigh Anne isn’t being shady,” one fan wrote on Twitter. “Something tells me legally or per Jesy’s request in private she asked them not to post abt her bc she is no longer in Little Mix.”

The user also pointed out that when the band’s talent show The Search was nominated for a National Television Award in May 2021, the official Insta handle for the band didn’t include Nelson in the post either.

Another user wrote, “Leigh-Anne maybe didn’t do that intentionally, what was she supposed to do? Jesy left the band.”

Neither Pinnock, Nelson, Edwards, or Thirlwall have commented on this morning’s events.

They did, however, comment on their excitement of being featured in the museum. “We loved making this video and especially the colourful styling that was created for us,” Thirlwall said in an official statement. “It really represents us as a band and is so perfect to celebrate a decade together.”

She continued, “This is a dream come true. The figures are amazing, and the Madame Tussauds London artists have captured us perfectly.”