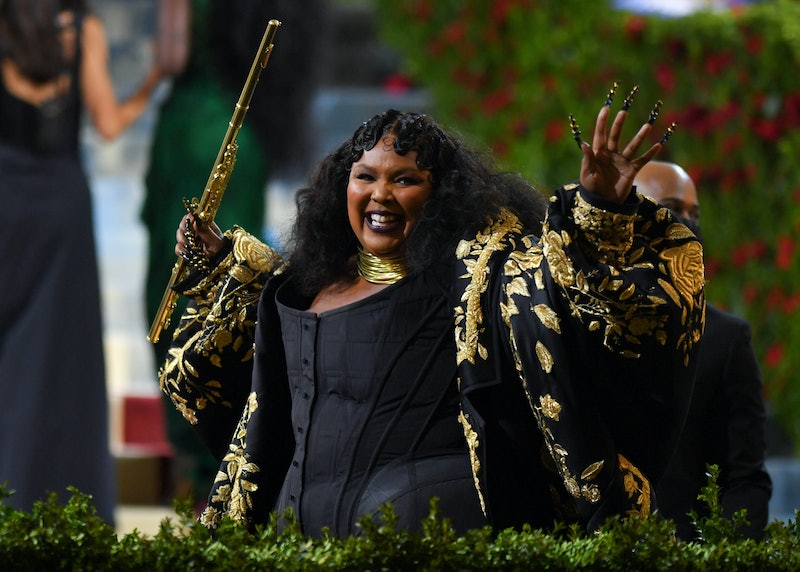 When Lizzo teased her new song “About Damn Time” on April 10, she already had grand visions of making it the “song of the summer.” So far, everything appears to be going perfectly to plan. The three-time Grammy winner just cracked Spotify’s global top 10 for the first time, and she has also claimed the No. 1 spot on TikTok and U.S. iTunes. As Lizzo indicated in an Instagram caption on Friday, May 6, she’s really speaking her goal into existence.

“‘ABOUT DAMN TIME’ IS MY HIGHEST GLOBAL @spotify SONG *EVER*,” she wrote. “REALLY SPEAKING THE SONG OF THE SUMMER INTO EXISTENCE.”

The Special singer also celebrated her big accomplishment in a tweet the day before. “GLOBALLY THAT B*TCH,” she wrote in response to a tweet reporting that her upbeat track had hit a new daily high on Spotify with 2.508 million streams. That followed an earlier tweet saying, “SONG OF THE SUMMER THANK U VERY MUCH,” after she found out her U.S. iTunes standing.

It can’t hurt that the song is all over TikTok. After dancer Jaeden Gomez came up with choreography for the second verse, Lizzo embraced it. Not only has she been doing it in her own videos, she’s been reposting her fans’ renditions. “IM [sic] POSTING EVERYONE THAT DOES THIS DANCE BY @jaedengomez,” she wrote on Instagram on May 4 alongside a carousel of “About Damn Time” clips. By that point, the bop had already made it to No. 1 on TikTok.

Lizzo’s Instagram post made it abundantly clear just how much traction the song has gotten — and it didn’t even include Joe Jonas’ TikTok with his fellow DNCE members. Several famous figures celebrated with her, including SZA, who commented that “viral songs be FIRE ass empowering songs too !!!!” and added that Lizzo is the “queen of all queens.” Meanwhile, Reese Witherspoon wrote, “Too good.” The dance’s creator, Gomez, shared her enthusiasm, too, writing, “LIZZOOOOOO YOURE A STARRRR THANK YOU SO MUCH FOR ALL OF THE LOVE.”

As SZA’s comment notes, the fact that “About Damn Time” has a positive message is part of its appeal. “‘About Damn Time’ can lead into so many conversations,” she told Apple Music’s Zane Lowe on April 15. She talked about being ready to feel better, to leave public health anxiety behind, and to get the first Black female Supreme Court Justice. “There’s so many things. It’s about damn time we popped the champagne. It’s about damn time the tequila got here.”

As of now, it seems like Lizzo might as well start popping bottles and toasting to her song of the summer. After that, she can decide what she wants to speak into existence next.