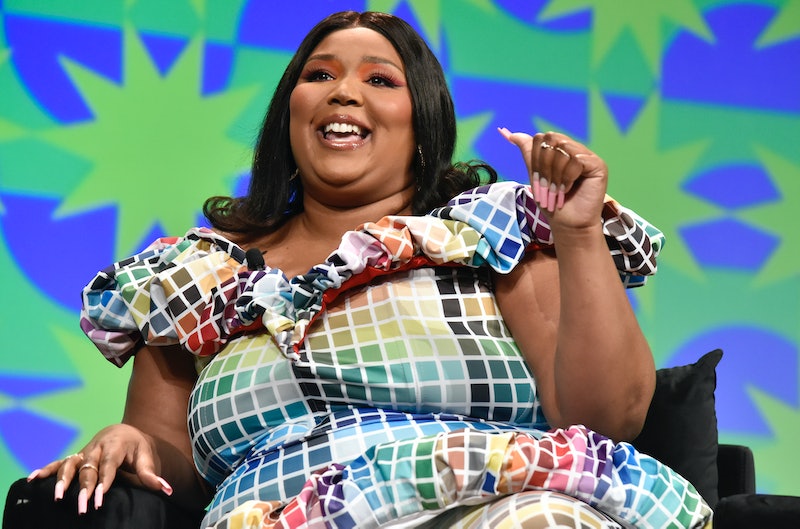 All the rumors are true: Lizzo’s new album is imminent. The three-time Grammy winner just announced that her sophomore major label album is finally completed during an interview on The Late Late Show with James Corden, explaining that it took “three freaking years” to complete. “I feel amazing,” she said on the March 21 episode.

While details about Lizzo’s follow-up to 2019’s Cuz I Love You, which earned her an Album of the Year Grammy nomination, remain hidden, the new album has already been approved by her toughest critic: her mom. “She was the last to hear it because she’s a Virgo woman and she’s a harsh critic,” she explained. “I was like, ‘Let me get this perfect for my mommy to hear it.’ But she cried. She loved it so much.” Lizzo’s friends also gave her their honest feedback. “They’ll tell me like, ‘This ain’t it girl,’ or once they start twerking, I’m like, ‘This is it,” she said, laughing.

In February, Lizzo teased the record in an interview with Variety, saying that she hopes it uplifts listeners. “It’s one of the most musically badass, daring, and sophisticated bodies of work I’ve done to date,” she said. “And I hope that it is some of the most useful pieces of music to ever exist. All I want to do is help people through my music.” Lead single “Rumors” proves that Lizzo is out to empower both her fans and herself with this album.

Here’s everything you need to know about Lizzo’s new album.

Lizzo’s new album is set to be released on April 14, according to Rolling Stone. She confirmed that new music is coming that day to Corden, but she didn’t specify whether that release date was for the album or a new song titled “About Damn Time.” She’s set to appear as both the host and musical guests on the April 16 episode of Saturday Night Live, so releasing an album that week would make sense.

Where Can You Hear Lizzo’s New Music?

While appearing on Corden on March 21, Lizzo gave an exclusive preview of “About Damn Time.” The sultry, uplifting disco-influenced tune was bouncy enough to make the crowd and fellow guest Gabrielle Union get on their feet.

Are There Any Collabs On Lizzo’s Album?

Lizzo has yet to confirm any new guest features on her new album. However, if lead single “Rumors,” which featured Cardi B, is any indication, expect some special collaborators and A-list talent on the new record.

Behind the scenes, Lizzo has worked with a number of high-profile producers to create the album, including pop powerhouse Max Martin, Benny Blanco, and Mark Ronson. She also reunited with her “Truth Hurts” collaborator Ricky Reed, who produced much of her album Cuz I Love You, for “Rumors,” so expect them to make more magic once again.

What Will Lizzo’s New Album Focus On?

Speaking to Variety, Lizzo said that her new album focuses on love, which is something that even surprised her. “I think that I will never be the kind of artist that’s like, ‘This album is about a story I wrote; it’s not real’,” she explained. “I’m always just a very personal, like I’m-talking-to-my-friend-on- the-phone-with-really-good-music-behind-me b*tch. It is a love album. I’m shocked.” While she didn’t say exactly why love was on her mind, saying she wouldn’t talk about her love life, Lizzo’s new album will only fuel her reputation as a genuine, reliable source of self-love and respect.

What Is The Title & Tracklist?

Lizzo has yet to confirm the title or tracklist of her new album, aside from the inclusions of “Rumors” and “About Damn Time.” This story will be updated when more news is announced.