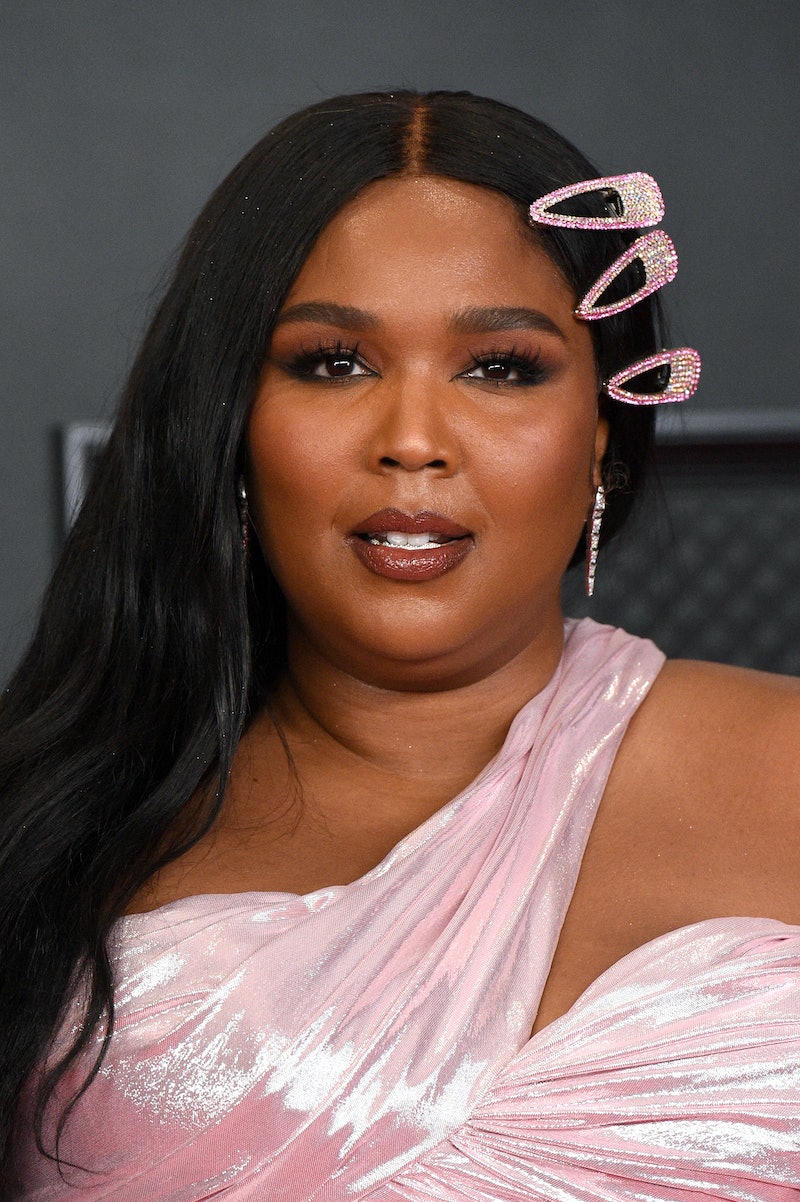 Before she could unapologetically become “100% that b*tch,” Lizzo first had to learn to embrace her insecurities, particularly those related to her body image. “I feel like fat is the worst thing people can say about me at this point. This is the biggest insecurity,” the three-time Grammy winner explained in a Friday, Aug. 13 Apple Music interview. “It’s like, ‘How dare a pop star be fat?’ I had to own that.”

Even if her fellow pop musicians, or anyone who’s been “put on that pedestal,” for that matter, might not be able to sympathize with those exact issues, Lizzo imagines they still “probably have other insecurities or have other flaws.” The biggest difference? “They can hide it behind a veneer of being sexy and being marketable,” she said, adding that she’s never had “the luxury of hiding behind anything.”

So the “Truth Hurts” singer — who’s openly discussed “evolving” past her experiences with body dysmorphia — made it a point to promote self-love in her lyrics, soon realizing how the body-positivity she espoused was impacting the public at large: “I was watching a commercial and it was these big girls in it and it had nothing to do with being big. And I was like, did I do that, did I do that?” Even so, she believes that despite music’s influence on mainstream culture, “the infrastructure has not changed as much,” and there’s still much work to be done toward true inclusivity.

“There’s still so many people who suffer from being marginalized systemically,” Lizzo, who also dropped her Cardi B “Rumors” collaboration on Aug. 13, said. “Meanwhile, there’s a plus-sized Black girl at the Grammys. But plus-size Black women are still not getting the treatment they deserve in hospitals and from doctors and at work, you know what I mean? We’ve got a long way to go.”

Lizzo rarely shies away from a chance to spread messages of self-love to her millions of social media followers, frequently sharing selfies where she’s either nude or sporting body-baring lingerie or swimwear, along with plenty of unedited selfies. In one “au natural” April post, the musician shared that though she would normally “fix my belly and smooth my skin,” she was working to “reverse the negative effects of social media and [change] the conversation about beauty standards.”

Despite her outward confidence, though, she noted that self-love is a nonlinear path that has its share of ups and downs — even for her. “Loving yourself is about knowing that today is going to be a little different than tomorrow and being equipped to go on that journey,” she explained to the magazine. “Sometimes I wake up and I’m like, oh God, I don’t like what I see at all. But the goal is to always find something that I do like and ride that until I feel better about myself. Feelings change, you know? So that keeps me optimistic, knowing that the way that I feel right now can change for the better.”

More like this
Lizzo Twerks While Playing James Madison's 200-Year-Old Crystal Flute Onstage
By Radhika Menon
Twitter Is Freaking Out Over Rihanna’s 2023 Super Bowl Halftime Show Announcement
By Stephanie Topacio Long
Everything To Know About Taylor Swift’s 10th Studio Album, 'Midnights'
By Grace Wehniainen and Jake Viswanath
What Demi Lovato Really Thinks About Child Stardom, Depression, & Sobriety
By Radhika Menon
Get Even More From Bustle — Sign Up For The Newsletter