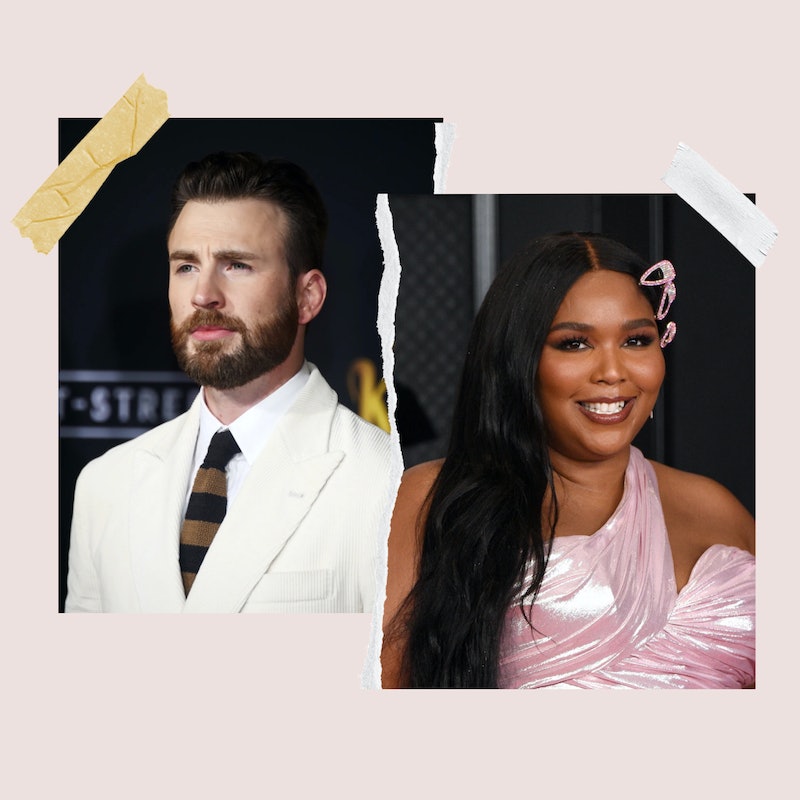 Captain America is feeling good as hell now that “Little America” is on the way. On Aug. 1, Chris Evans responded to Lizzo’s pregnancy joke that she made on TikTok about him and his Marvel character Captain America, and it turns out that the fictional superhero is actually excited to become a fictional father.

The “Truth Hurts” singer jokingly confirmed “rumors” that she had become pregnant with Evans’ baby in a July 28 TikTok video. “This is something that I’ve been really trying to keep personal and private between me and the father of my child, but since we’re airing out all the rumors today, I’ve been sucking in. We’re gonna have a Little America,” she said the viral TikTok soundtracked by the superhero’s theme song from Captain America: The First Avenger.

In a follow-up TikTok video posted on Aug. 1, the 33-year-old Grammy winner shared DMs that Evans wrote her after she posted the pregnancy joke. In her overjoyed reaction to hearing from her pretend baby daddy, she revealed what the 40-year-old actor said to her via Instagram direct messages: “Hi! Just heard about our little bundle of joy my mother will be so happy lol.”

In a separate message, Evans requested, “Just promise me no gender reveal parties lol.” Now, Lizzo is taking baby name suggestions. “OMG YALL — HE SAW THE BABY BUMP! WE DID IT!” she wrote in the caption. “NOW YALL GOTTA NAME LIL MERICA!!!!! WHAT YALL BOUTA NAME MY BABY ?!”

Over the past year, Lizzo has made her crush on Evans known through TikTok, where she has posted videos of her drunk Instagram DMs to the actor and his gracious responses that left her starstruck. “No shame in a drunk DM,” he told her at the time. “God knows I've done worse on this app lol.” Her new TikTok reveals that the two have continued chatting (but only casually) ever since, with Evans wishing Lizzo a happy birthday on April 27.

Lizzo’s latest TikTok was soundtracked by an original audio clip of her singing, “All the rumors are true,” followed by a choir of voices, leading some fans to believe that she was using the video to tease new music. And indeed she was. Fans noticed that a new photo of Lizzo was being used on Apple Music’s Pop section, indicating that a new release was on the horizon. The next day, on Aug. 2, Lizzo confirmed the speculation by announcing her new single “Rumors,” which comes out on Aug. 13. “NEW ERA BITCH,” she wrote on Instagram, hinting that her highly anticipated sophomore album will follow her new single.

Between her upcoming new album and her first (fictional) child, Lizzo will be welcoming many bundles of joy in the next few months.

More like this
Chris Evans Had The Best Reaction To Seeing Ana de Armas As Marilyn Monroe
By Radhika Menon
Taylor Swift Wants To Direct A Movie Next — But You Might Have To Wait
By Radhika Menon
Olivia Wilde & Harry Styles' Relationship Timeline Started With 'Don’t Worry Darling'
By Jake Viswanath
Everything To Know About Taylor Swift’s 10th Studio Album, 'Midnights'
By Grace Wehniainen and Jake Viswanath
Get Even More From Bustle — Sign Up For The Newsletter