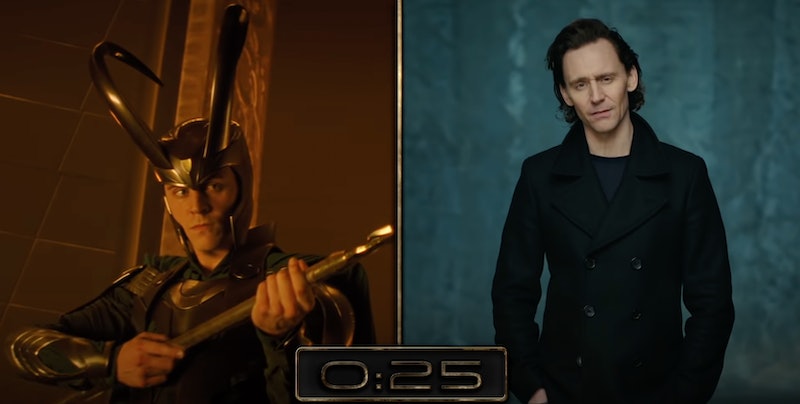 YouTube/Marvel Entertainment
By Emlyn Travis
May 20, 2021

Unless you’ve been living under a rock for the last two years, then you’ve likely heard the words “Marvel Cinematic Universe” and “Avengers: Endgame” anywhere from once to a hundred times. The 2019 record-breaking film saw the culmination of 11 years-worth of storylines and featured Marvel’s entire roster of superheroes, but it ended on a large cliffhanger when it came to one particular character: the mischievous Loki, played by actor Tom Hiddleston.

Despite dying at the hands of Thanos in 2018’s Avengers: Infinity War, the last time that audiences actually saw Loki was in Avengers: Endgame after the Avengers went back in time to steal the Tesseract to defeat Thanos. When the Avengers were conveniently distracted, Loki’s 2012 self snuck off with the Tesseract and promptly disappeared without a trace. Oops. It’s that iteration of Loki that will take center stage in his upcoming series Loki, which will begin streaming on Disney+ June 9.

If you’re in need of a quick refresher on the history of the God of Mischief and where he stands ahead of the premiere, then Hiddleston has you covered. The 40-year-old actor put his Marvel knowledge and talking speed to the test by challenging himself to break down Loki’s decade-long character arc in just 30 seconds. For reference, that’s sixty times shorter than he was free-falling for in Thor: Ragnarok.

Hiddleston hits all of the main points of Loki’s arc from the perspective of the character, highlighting Loki’s jealousy of his brother Thor (Chris Hemsworth) in 2011’s Thor, his imprisonment in the aftermath of 2012’s Avengers, and his death in Avengers: Infinity War. Try as he may, Hiddleston’s brave attempt to squeeze the character’s complex history into such a short timeframe proves to be impossible, and with two seconds left to spare he’s forced to use a little bit of Asgardian magic to stop time and properly finish his story. “Okay, that’s better,” he sighed happily.

Now, free of all time constraints, Hiddleston ends his explanation by sharing a quick glimpse into what Marvel fans can expect in the new series. “Thanos gets defeated and the next thing you know I’ve got some job offer from some group that calls itself the TVA,” he said. “And that’s it!”

If you want to know more about Loki’s upcoming adventures with the TVA (aka the Time Variance Authority), then you’ll need to tune in Wednesdays beginning June 9.